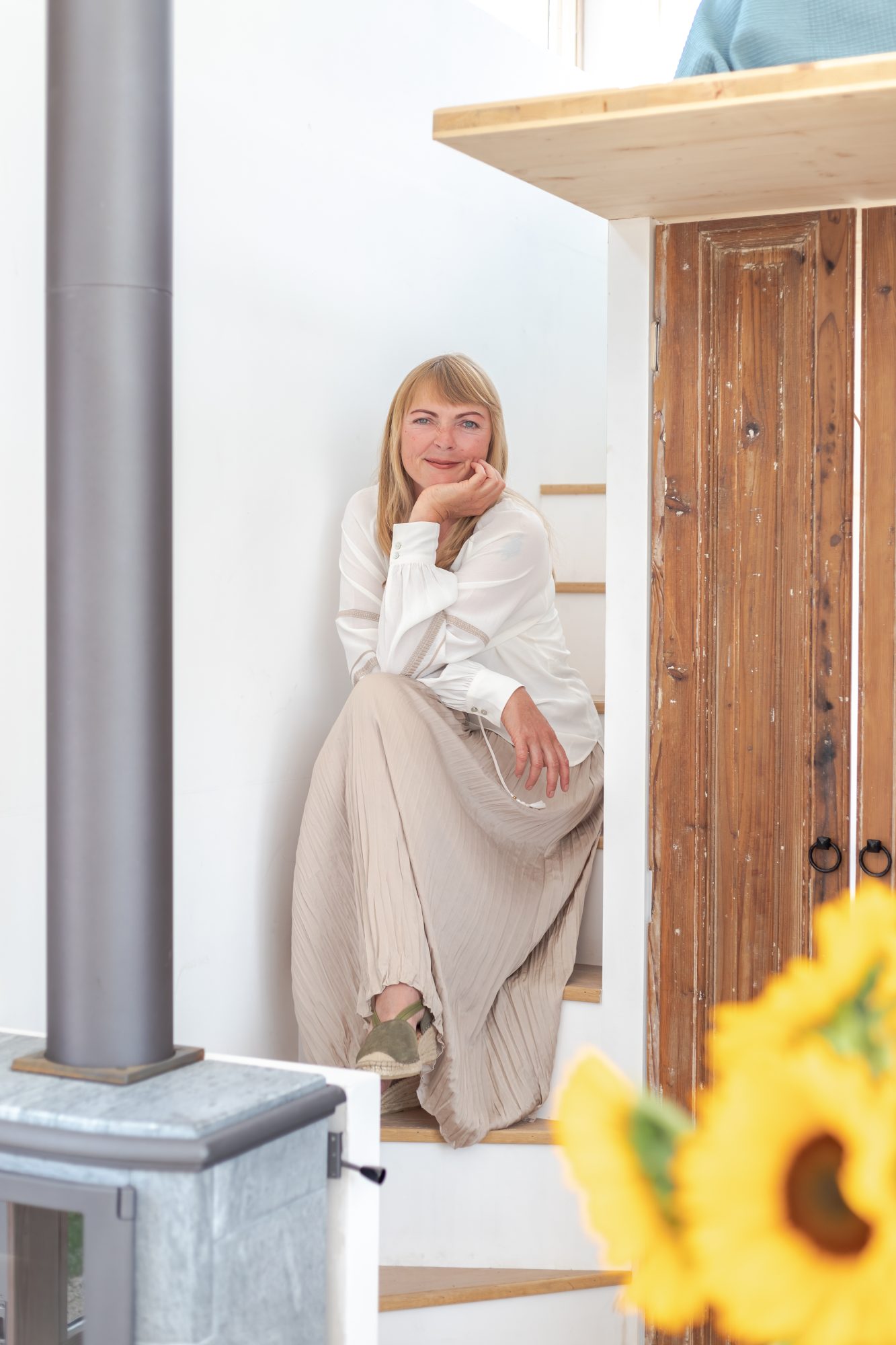 From February 2015 she has been working on realizing her own mobile, bio-based and self-sufficient Tiny House of <20m2, in which she has lived full-time for over 5 years. On the way to realizing her Tiny House dream, she introduced the Netherlands to the phenomenon of Tiny Houses and founded the Tiny House Netherlands foundation. Marjolein has had a new Tiny House built on her own plot in Olst, where she is living since June 2022. In this new house she shares her adventures in various media and writes about her experiences in the blog ‘Marjolein in het klein’.

With her company ‘Marjolein in het klein’ she offers information and advice about the Tiny House movement in the Netherlands and makes sure people hear about this beautiful way of living by giving lectures. She is also ambassador of the foundation Tiny House Nederland and Stop Ecocide NL and owner of TinyFindy. 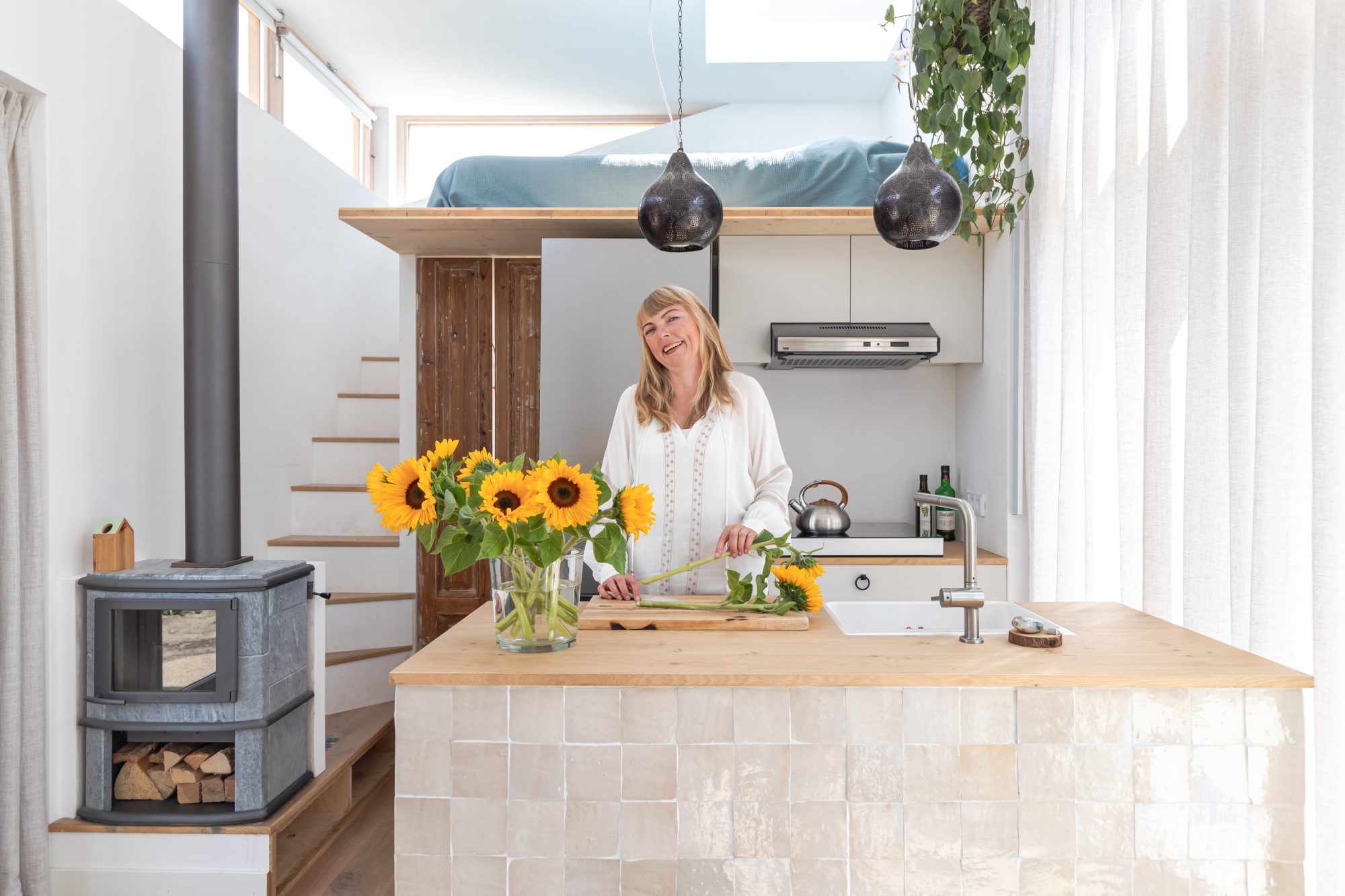