I was finally able to take a shower at home this morning! After having washed myself ‘old school’ for weeks, with a tub of hot water and the occasional shower at friends or family. Let me tell you, I become so happy with all these things that most people take for granted! Big happiness being able to take a hot shower in your own home. Earlier this year I was able to shower at home, but with the colder weather a few technical issues came along that took a while to be fixed. 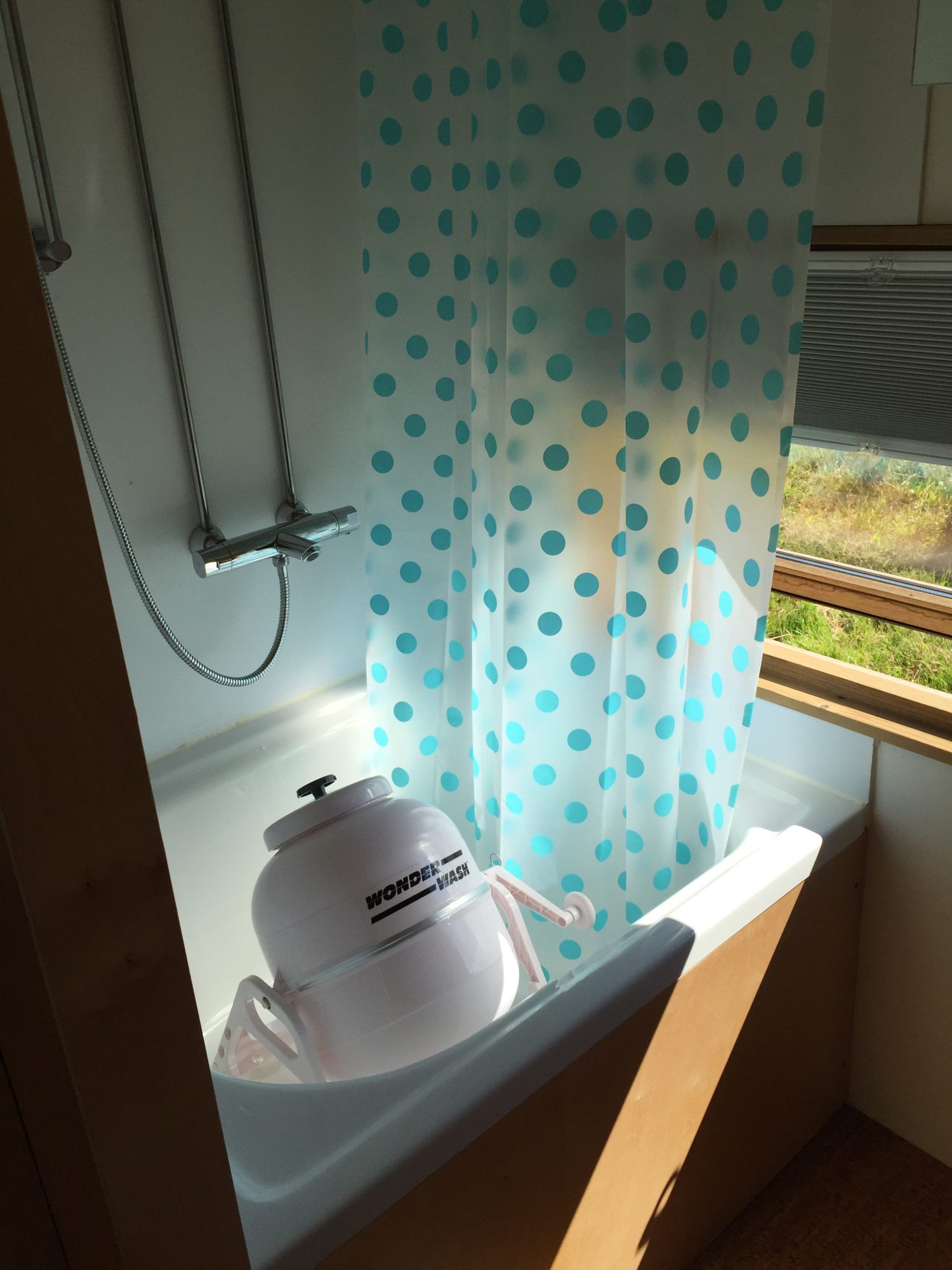 It’s like this: I have a rainwater collector with a filter system and a Cointra geyser on propane. I used to have LPG but that turned out to be a bad idea: my gas tanks aren’t isolated and apparently you need an extra filter if you want to use LPG in a geyser like that. Propane is more resistant to cold and isn’t as fatty. Anyway, at a certain point the geyser would give a loud bang when I had the hot water faucet open, and when I was in the shower. It scared the hell out of me; there I was having a nice shower and the door from the cabinet that holds the geyser is forced open! The force of the bang was so great that it pushed the hood that opened the door outwards. One time a flame jet even came out of the geyser when I opened the cabinet door. That turned out to be caused by me letting the faucet run out of water because of the frost: it lowered the water pressure and a geyser can’t handle it. Ok, noted. That water pressure was a hassle on its own: a geyser needs a sustainable amount of pressure and flow, but a water pump fixed that problem as you can read here. 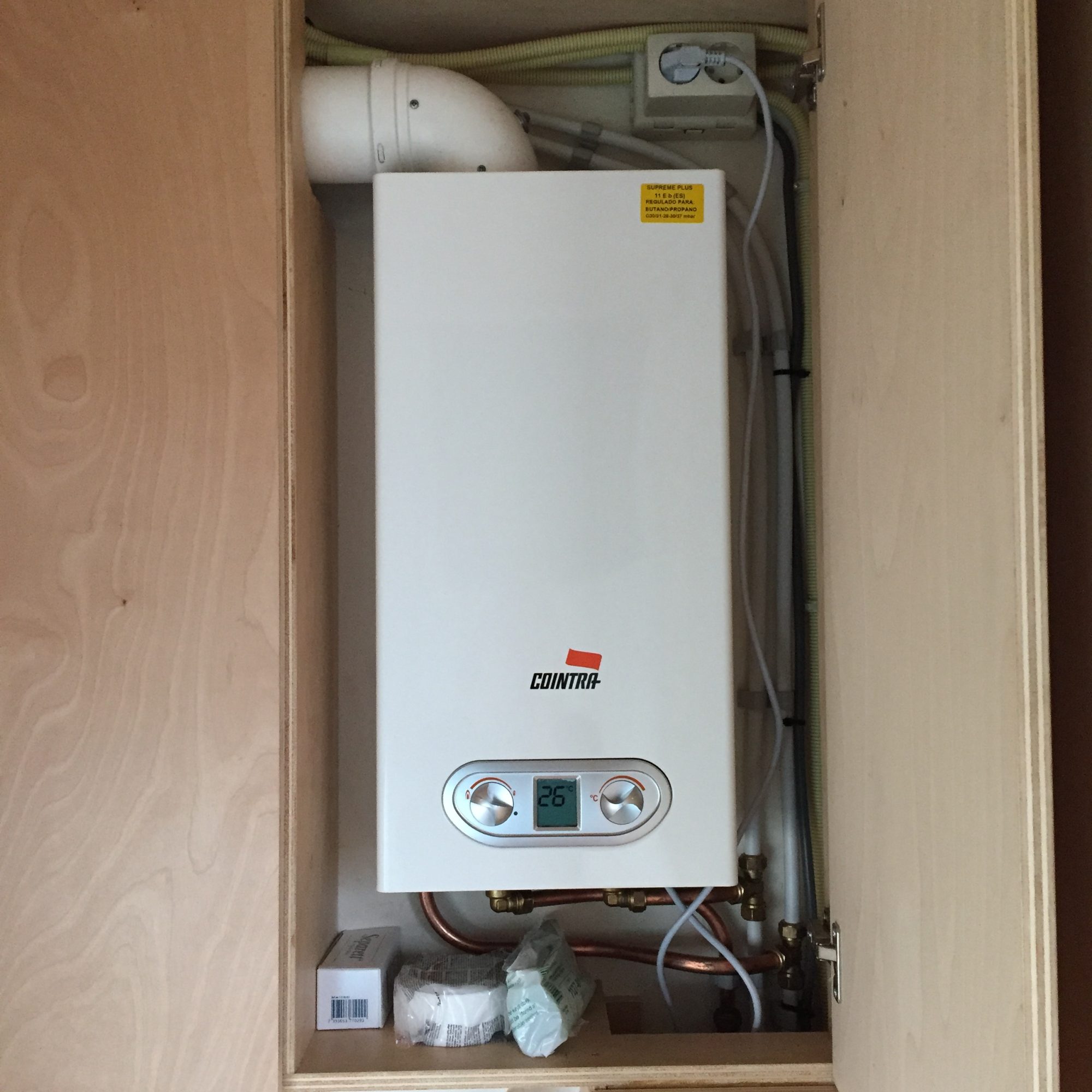 But, the other day I smelled gas when I filled a bucket with cold water in the bathroom, and that was the limit. I’ve called the supplier of the geyser several times. Boy has it been checked out. I’ve had a qualified fitter over that declared everything safe. And now this! I was already afraid to take a shower in my own home, but having a gas smell in the house was too much. I closed the gas tanks, opened up the windows and called the fitter again.

Fortunately, Randy from Technische Dienstverlening David Mulder came by the next day and pressurized the pipes again and checked everything. I have a geyser with a closed system: it takes in fresh air from outside and disposes exhaust fumes through a double pipe. Safety first, right? But from the moment the geyser was installed, the connection of the pipe on the geyser wasn’t right. And there was the issue of a metal ring that had to be in there, or exactly the opposite and should not be in there. I’ll spare you the details. What the supplier and the first fitter couldn’t do, Randy did. And all of a sudden the geyser worked like a charm and I saw a big steam cloud outside when the geyser was on. I had never seen that before! Does that mean the exhaust has been partially coming inside the house all that time? Yikes.

But there was another thing. Even though the geyser was working fine now, I still didn’t have hot water in the shower like I did in the kitchen. Yvette from het Regenbooghuisje told me a thermostatic faucet doesn’t work properly with these geysers, as she was told by numerous people. I wish I had heard that earlier, but ok… So last Tuesday I bought a new faucet and Kenneth installed it for me. He asked ‘Did you have any notion that the faucet gave less water than normal lately?’ Well, yes! It turned out that there was some dirt in the rosters from the thermostatic faucet, causing it to let not as much water through. It probably didn’t help the geyser either. The new faucet doesn’t have any filters and the filter in the IBC tank is also fixed so that shouldn’t happen anymore. So the faucet was installed, testing… yes, hot water! And this morning I finally took that shower again, and everything worked great. Heaven! 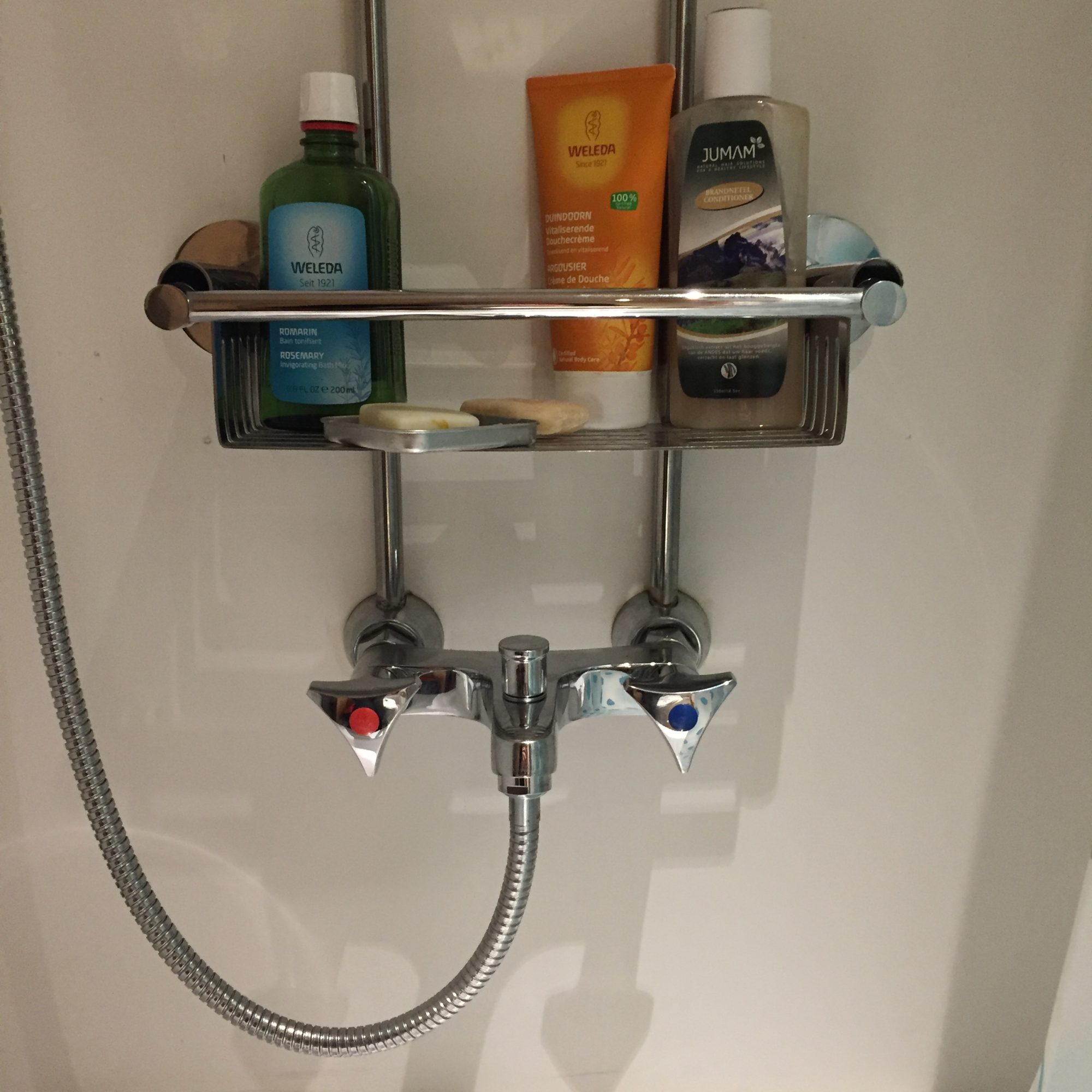 So why doesn’t a thermostatic faucet doesn’t work with a geyser? If I understand correctly, a thermostatic faucet asks for less hot water from the geyser and that may not be enough for it to ignite. The water gets warm, then cold, then warm again etc. Doesn’t make you happy and it’s bad for the geyser. I remember having this problem in the beginning, although it worked fine for a while. With a regular faucet you can just open the hot water fully and add cold water as needed. In addition, you can set the temperature on the geyser itself. Anyway, everything works fine in my house again, even with a little frost overnight. I put some straw on the pipes the other day and covered it with a tarp. That helped. Progress, people! 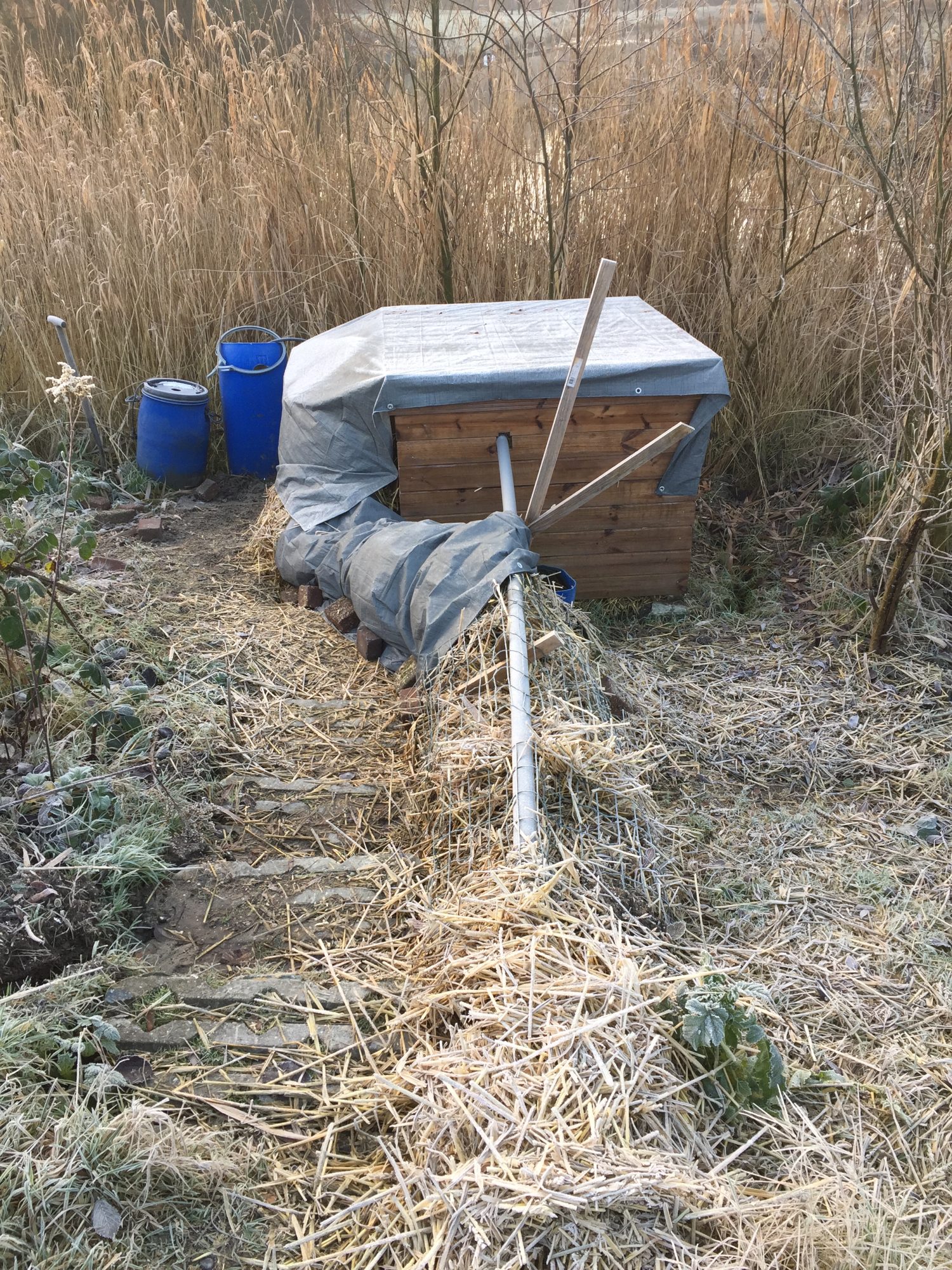 I hope you all have a great New Year’s Eve and I hope 2017 will bring you a lot of blessings. Maybe even your own Tiny dream house? ;)