April was not exactly a pleasant spring month now, was it? It has been pretty chilly now and then, the nights especially were literally freezing! Thankfully my newly sprouted seeds in the garden survived, even though I neglected to cover them up during the colder nights.

I have only had to fire up the woodstove in the evenings on one occasion this month, on a very cold night when temperatures reached -10 in Limburg. Other than that I only use it in the mornings for an hour or two. I heat up the Hobbit nice and hot and after that let it go out, just enough to chase the worst cold out of the house and after that the sun does the rest. People visiting me are surprised about how warm the house feels, even though I don’t have any heating on. Solar power, yeah! Even midwinter on sunny days I did not have to keep the stove on in the afternoon. At this point my woodshed is almost empty, so I’m kind of ready for warmer weather. 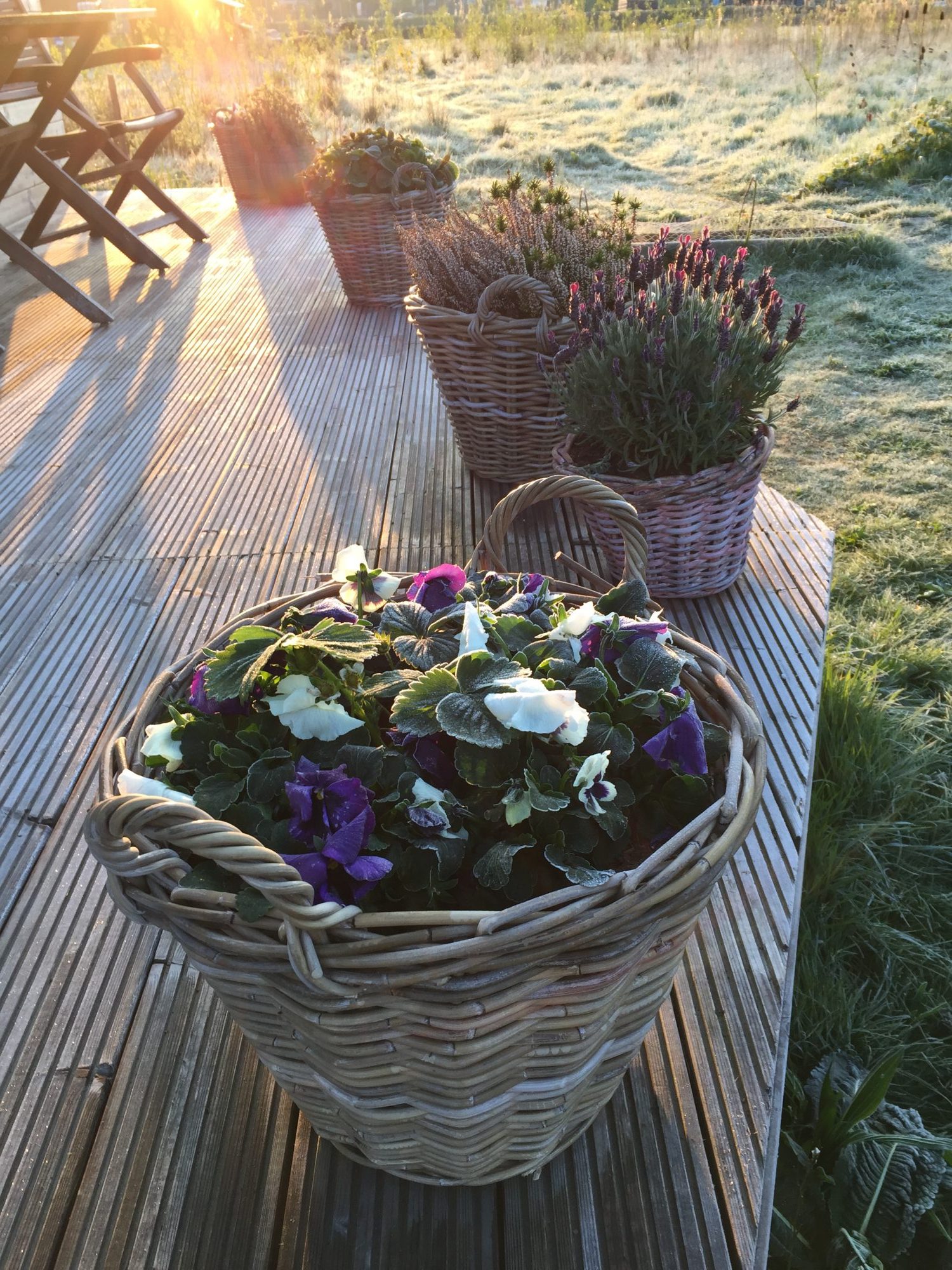 My energy issues have subsided since March. Yesterday I easily had my crockpot on for hours, I have plenty of electricity. I made a big batch of goulash in it. I can eat about 9 days from that! I freeze small one-person portions and only have to cook some rice with it on the days I want to have some. I love that, nice and efficient and it saves a lot of food waste. In the springtime I can also use my infrared heating panel which hangs in my seating corner. When it gets a little chilly in the evening I can turn it on and snuggle up beneath it, very cosy!

Besides the cold, we didn’t have a whole lot of rain either in April, which caused me to have to adapt my water usage. I shower less often, or shower at the homes of friends or family. I don’t mind it that much though, it’s a part of living this way. I could get a second water tank, but I want to see how far this one 1000 litre tank will get me over a whole year first.

A couple of weeks ago my father came to visit me and he brought a present, a wooden pallet border to create a raised bed garden. A made use of it yesterday, it was a lovely day for gardening! I dug out the layer of weeds first and then put some fresh soil in the raised bed. After that I sowed some peas, spinach, lettuce, carrots, radish and marigolds, and finished it with a frame covered with netting. That way the birds won’t be able to steal my seeds and, more importantly, Hella can’t get in. Otherwise I just know she will turn it into a litterbox in no time. Nice loose soil to use as a bathroom, haha! Off course it is very easy to make a frame like that, but for me those kind of things are real accomplishments and it makes me feel so tough when I’m working in my garden with tools like a saw, hammer and nails and the end result is somewhat decent ;) 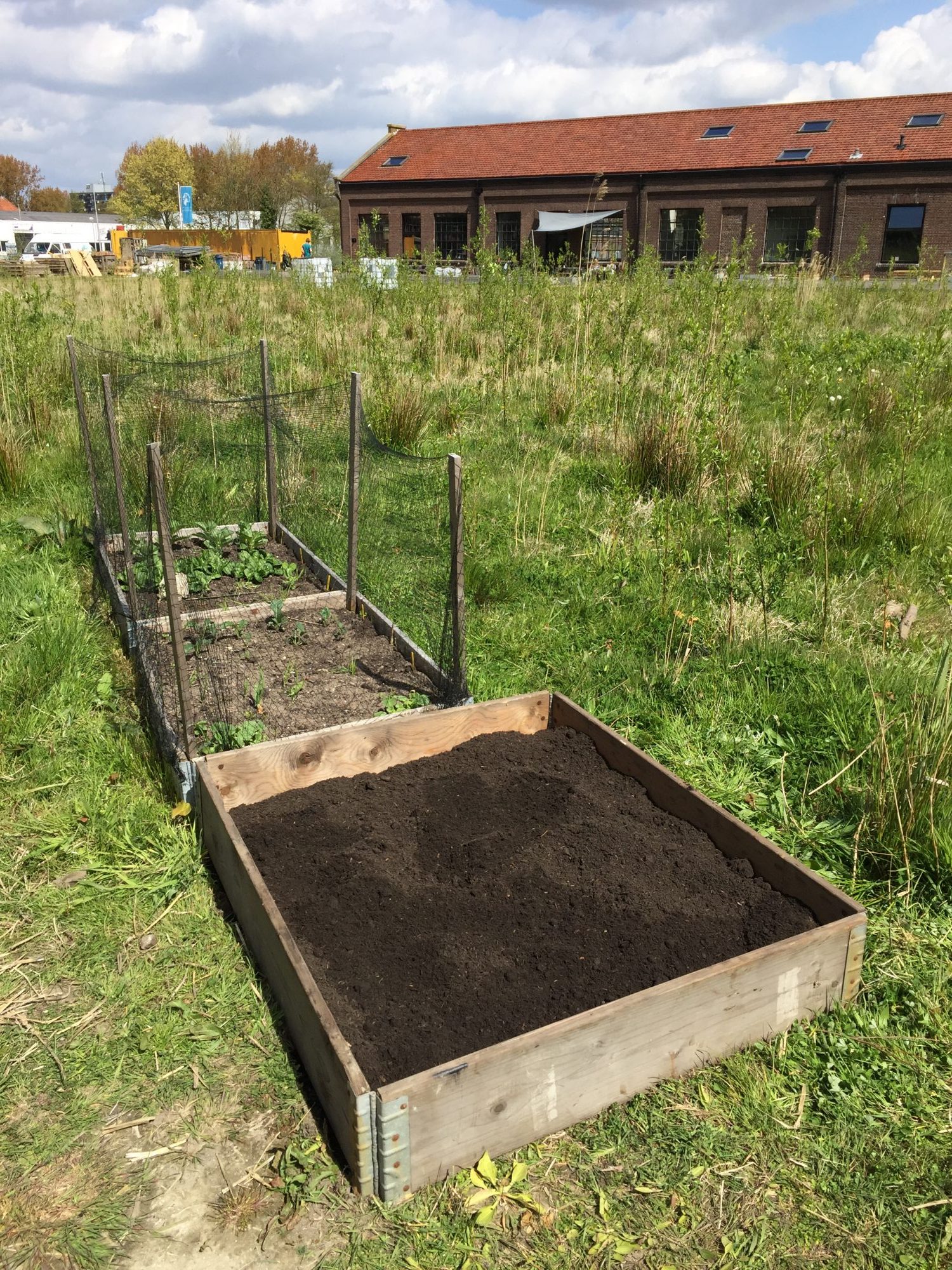 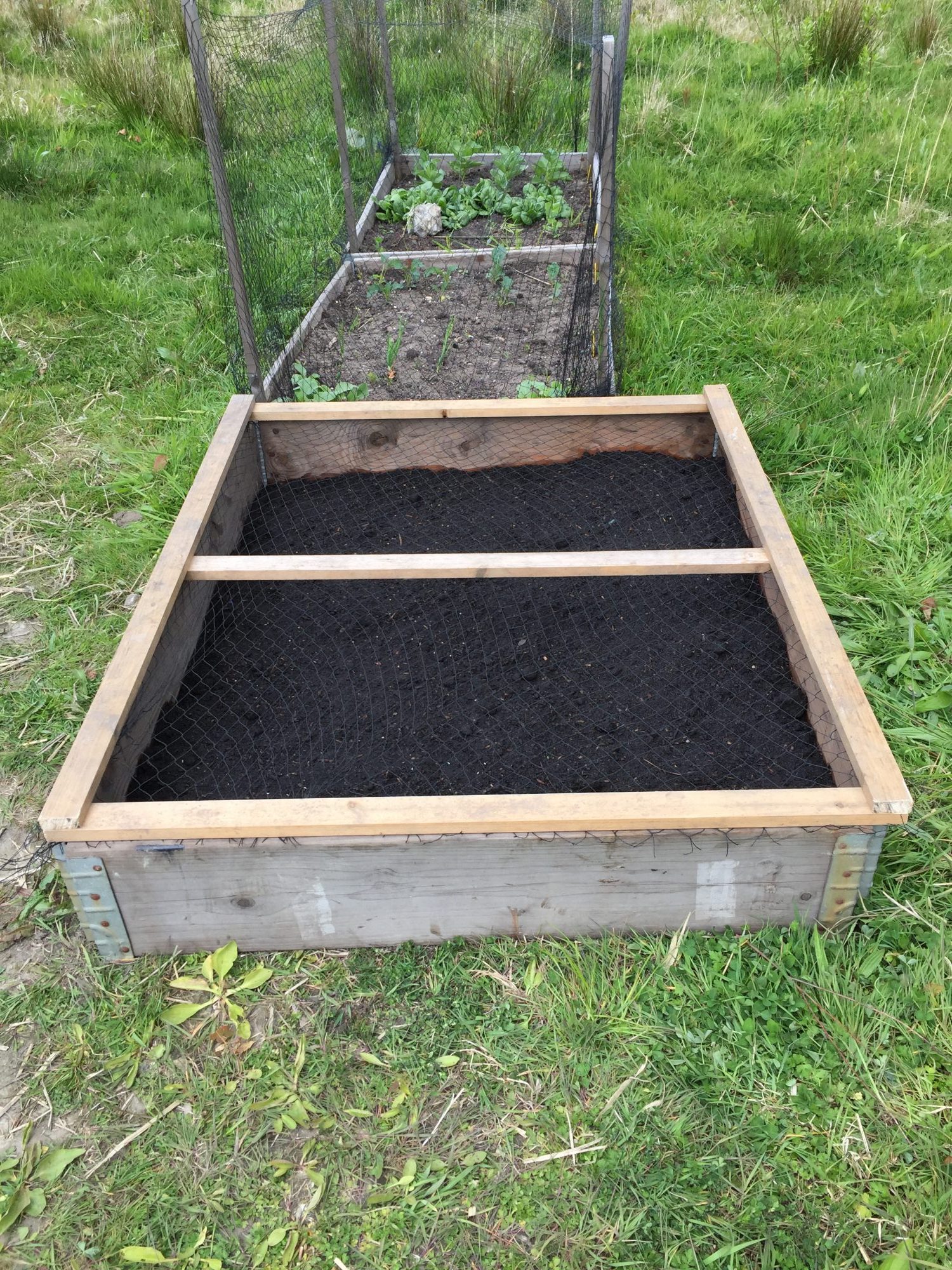 Hella is enjoying herself very much living here, just like I am. I don’t believe she misses Jack a lot, though I think about him often and miss him very much sometimes. She hasn’t caught any field mice lately. Well, that is to say, she didn’t bring any home. I did discover a tick in her coat twice, which I managed to take out whole thanks to these handy little tick tweezers. 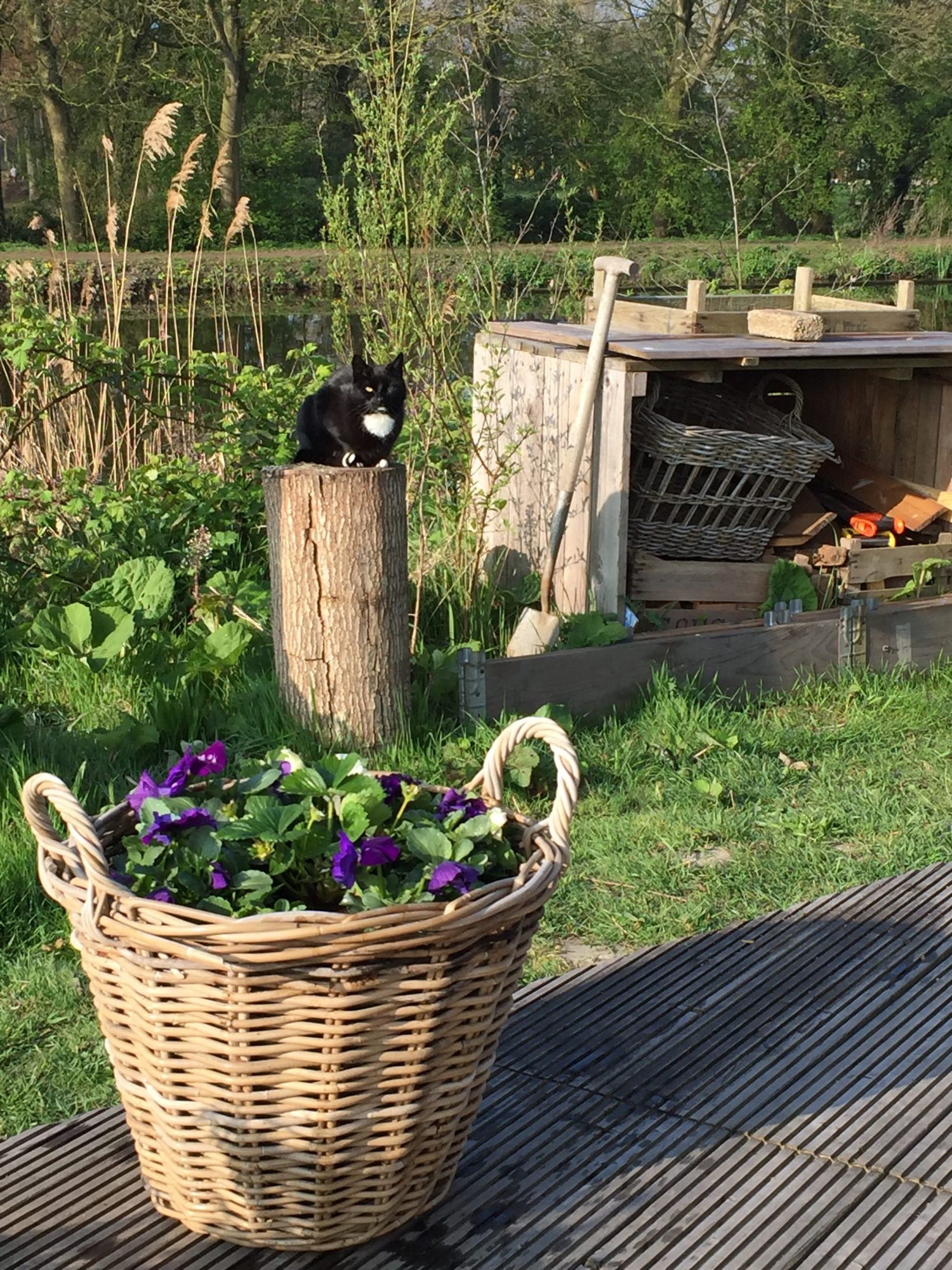 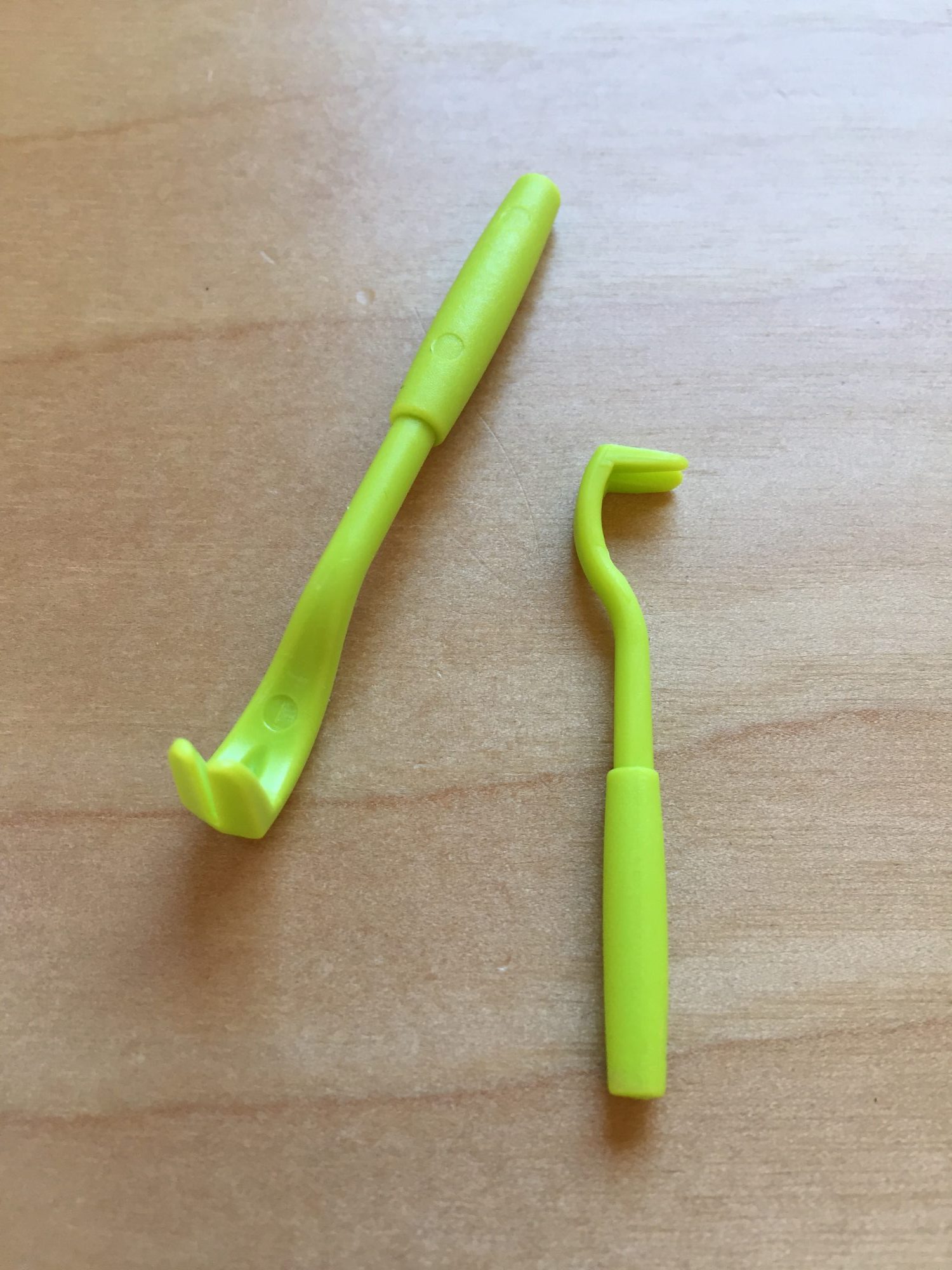 Everything is turning such a lovely colour green outside: the trees are growing new leaves, the blackberries and butterburs are shooting out of the ground, the birds are singing like there is no tomorrow.. I enjoy it all so very much! One month to go and then I will have been living here for a year already, and will have experienced all the seasons in my Tiny House. I will write an extensive blog about that, looking back on my first year living Tiny. I can already tell you this: I still love it! There is not one hair on my head that thinks about going back to a ‘regular’ house. That’s nice isn’t it, when you pour your heart and soul into a project and it doesn’t dissapoint, so to speak ;) 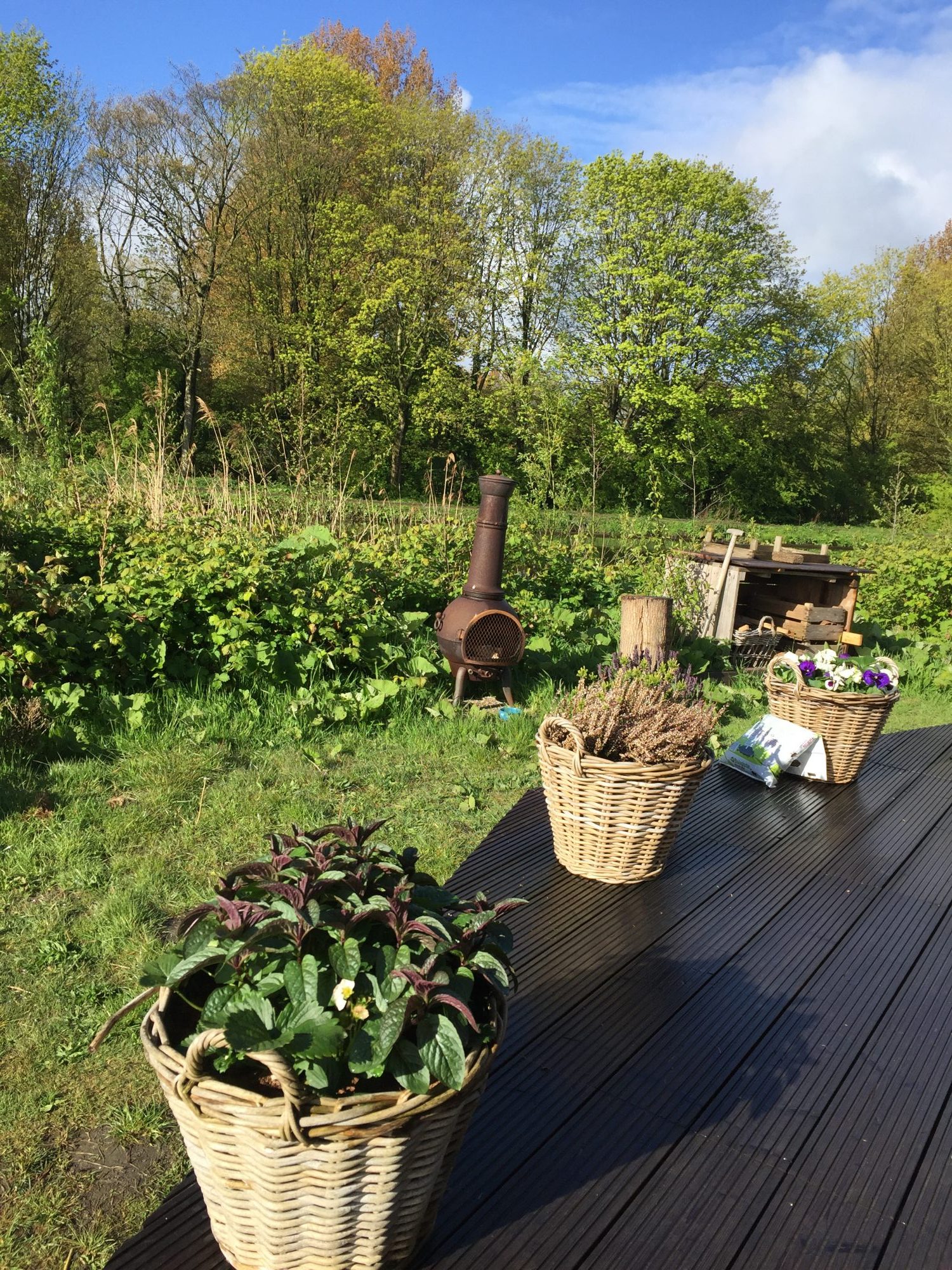 The lovely loft from Mill Home is here! Do you love your house?