Wow, how do I explain this one? Last Thursday I had a talk with the municipality and the Gasfabriek, about the progress of the Tiny House pilot on the terrain at the Helderseweg 28. It was a big letdown for me, and I’ve decided it’s time to start looking for a new living space and to say goodbye to Alkmaar. 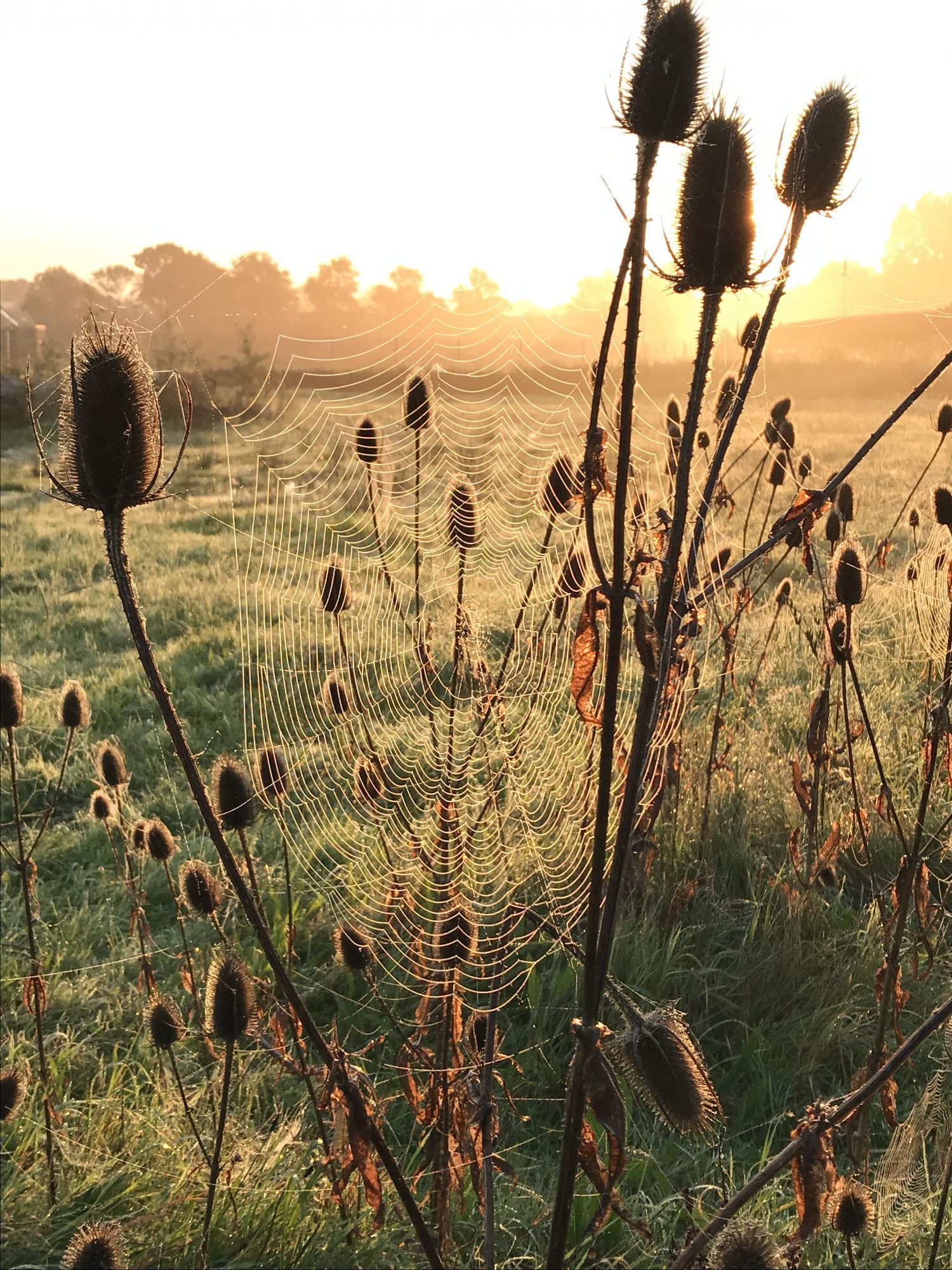 When I came to the Gasfabriek in 2015, to ask if there was a place for me to stay, I immediately connected with Nicolette de Wandeler, cofounder of the Gasfabriek. At the time I was busy with an initiative group in Bergen municipality starting a pilot project with Tiny Houses, but this turned out to be a long-term project. Nicolette was really enthusiastic about the thought of creating a space for my house and possibly others on the terrain next to the Gasfabriek. After a presentation on Tiny Houses in April, given by me and Monique van Orden to a crowded room in Hal 25, Nicolette walked up to Alderman Anjo van der Ven. She asked if the terrain that the Gasfabriek had on loan and that was mostly not being used, would be suitable for this pilot. This plan was received with enthusiasm; however, they needed a project plan. This was written by the Chairman of the Gasfabriek with my input. I asked the municipality if I could start living here in my Tiny House from the end of May and I got permission to do that. In January 2017 we got the environmental permit for 5 Tiny Houses for a period of 5 years. At that time, Nicolette had withdrawn from the project and the cooperation with the Gasfabriek became harder and harder.

The objection from the water board Hollands Noorderkwartier (HHNK) made the situation even harder. In this blog I’ve written down what this objection entailed. The municipality tried really hard to follow through with the project and had extensive meetings with HHNK. I made an agreement with HHNK that they wouldn’t make me move as long as no extra Tiny Houses would be placed during the objection procedure. Communication with the Gasfabriek still got harder: despite numerous requests I couldn’t get any clarity on the division of responsibilities and the procedures in the execution of the project. It became clear for me that the Gasfabriek didn’t see me as an equal partner in this project, but no more than a resident in this pilot. Besides that, the core values of the Tiny House philosophy that I and Tiny House Nederland hold high, aren’t shared by the Gasfabriek as the driving force of the pilot.

I informed the municipality that cooperation wasn’t going well and that there was a conflict of interest. In May, I suggested looking for another location for a Tiny House Pilot with Tiny House Nederland as a partner, the institution of which I am project leader. In July, I let the Gasfabriek and the municipality know that I only saw two options for the execution of the pilot on the terrain of the Helderseweg: either I do it, or the Gasfabriek does it – in which case I would withdraw from the project as instigator and participate merely as resident. 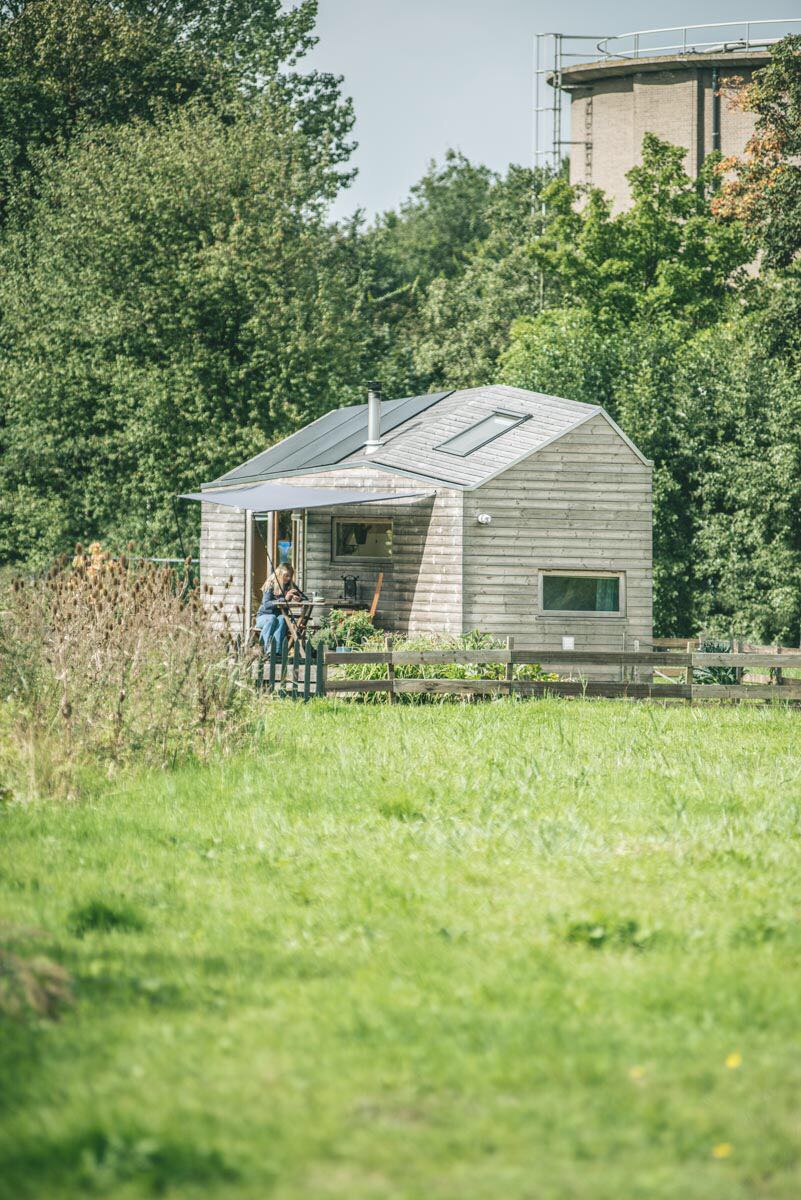 Last Thursday, the municipality let me know that they see the Gasfabriek as executioner of the pilot. The Gasfabriek applied for and got the environmental permit and they have the terrain on loan from the municipality.  In that meeting it became very clear that the goals that the Gasfabriek have for the pilot are not reconcilable with my own goals and those of Tiny House Nederland. My intention is to create a place to experiment with Tiny House living. Where people can work on their own Tiny House dream from a conscious choice to live a simple, affordable life with a small ecological footprint. And to build a community where people share, make connections and work together. The ultimate goal is creating more locations for Tiny houses in the municipality, since there is a clear need for this. The Gasfabriek, however, would be just as happy placing  a few commercial Tiny Houses there and using them for other purposes rather than as full-time dwelling units.

I’m sure you can understand my disappointment, and this weekend I spent some time thinking all this through. I’ve decided it’s time to pack up my things and leave Alkmaar. The municipality claims there’s no other location for a Tiny House project, and I’ve lost my confidence in cooperation with the Gasfabriek. So I’m currently looking for a new place to live, a place where I’m welcome. This really hurts. I love Alkmaar and my spot here. I’ve met great people and organisations with a passion for the city, their fellow humans and nature. People like Nicolette de Wandelerr, Stichting Meo, de Kaasfabriek, Nanda van El Kombi SUP, Raymond from the Urban Earthship, Marije from Klas op Groen, and many more. 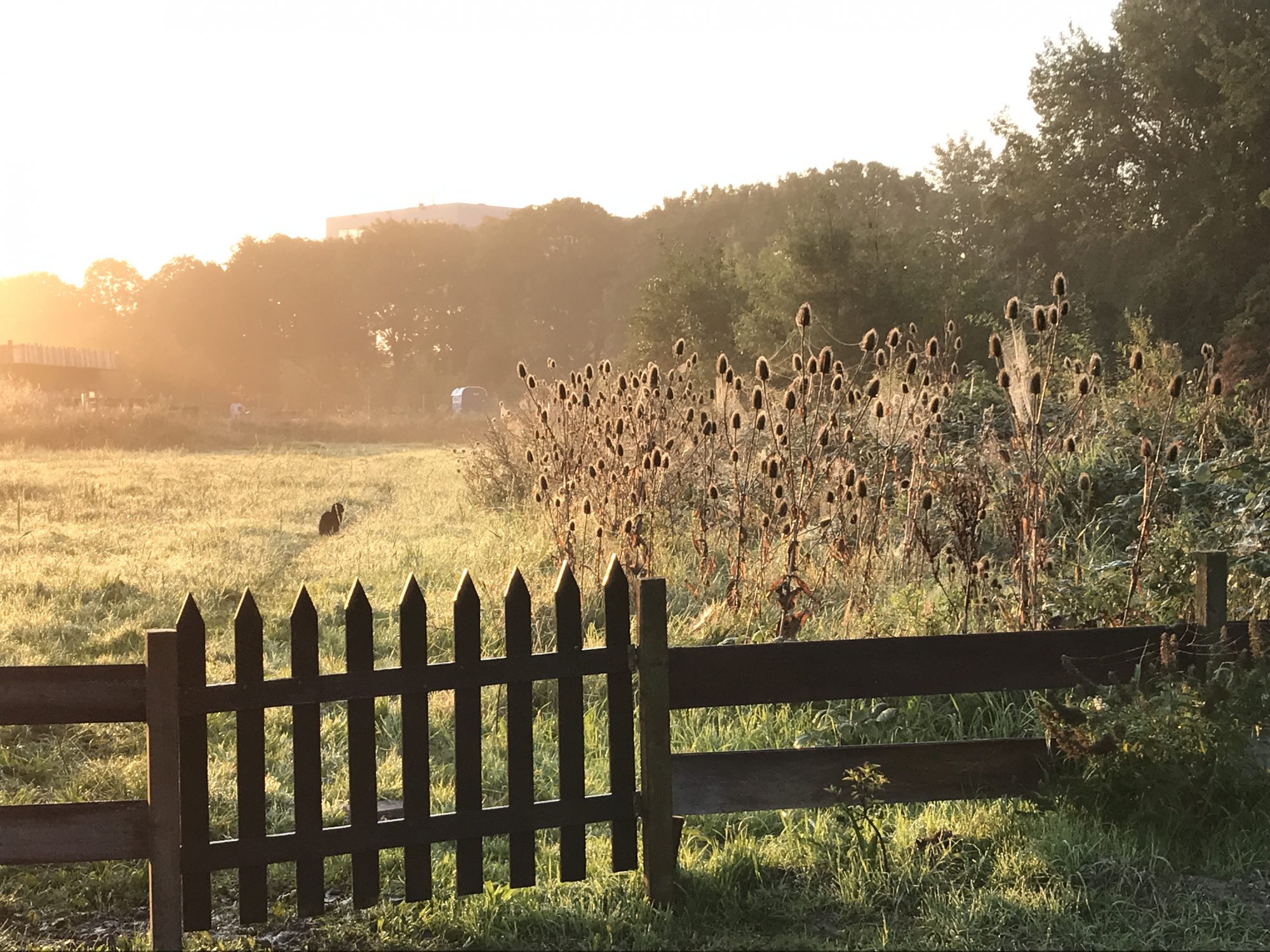 I’m angry, sad and disappointed. Disappointed in the municipality of Alkmaar, because they claim there are no other places for a Tiny House pilot and I think that’s nonsense. I’m convinced we could find a place together if they really want it. I’m upset with the Gasfabriek for obvious reasons. And I’m mad at myself for being so naïve, working from a basis of trust instead of recording things formally. I’ve learned a hard lesson, that’s for sure.

That’s just how it is. I know I’m more than welcome in Den Helder and it’s going to be great there. But I’m traveling all around the country for lectures and workshops, and that’s not so practical from Den Helder. So I’ll keep looking. I’m sure I’ll find a decent solution. So if you have any tips for a legal living space that is available before the end of this year and is somewhat centrally located, they’re more than welcome!