It took six months of preparation. Dozens of volunteers were involved. No less than 15 Tiny Houses were there for people to see. And there were thousands of visitors. The first Tiny House Nederland Jamboree has taken place! And it was an overwhelming success! 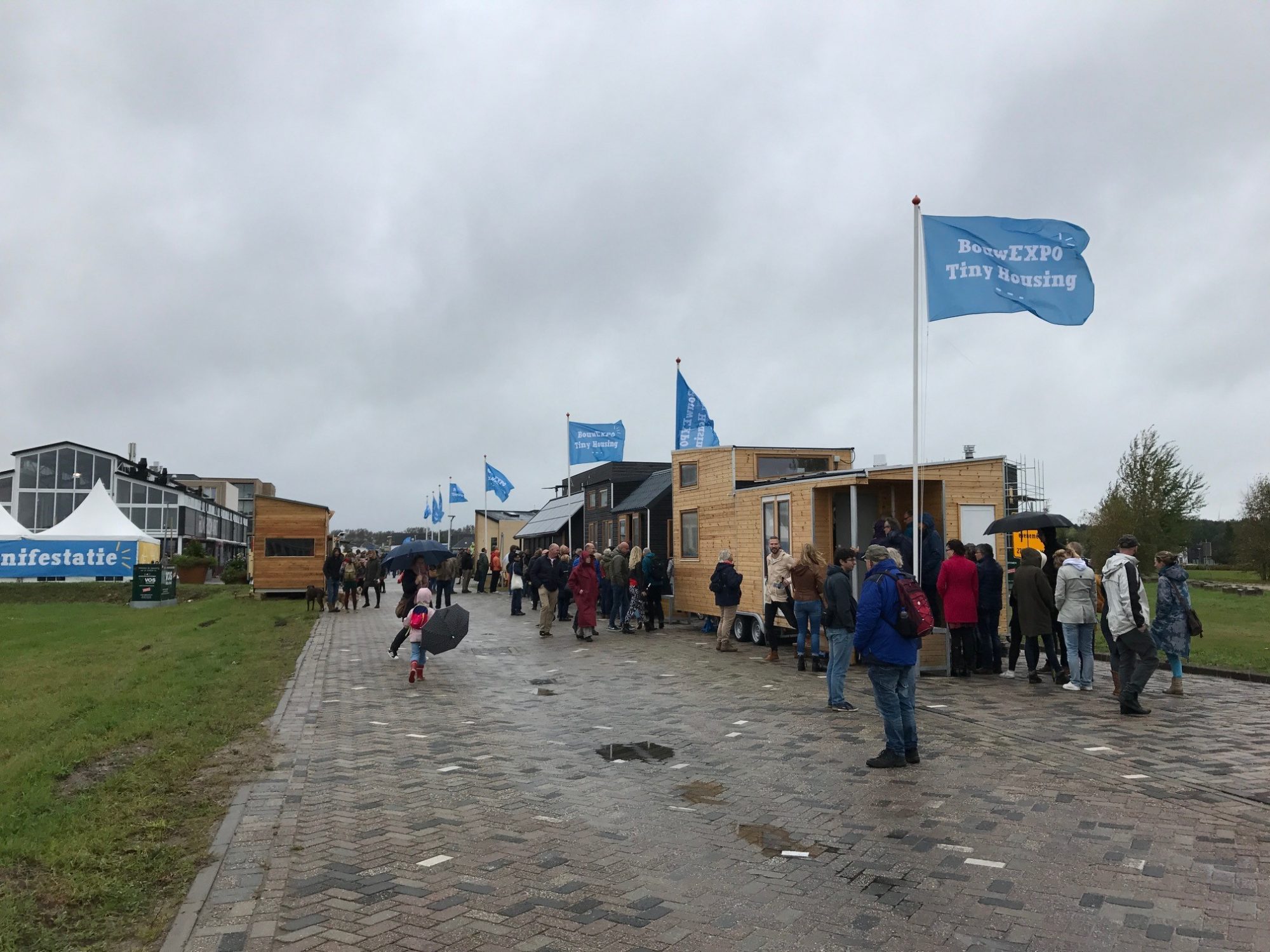 As the project leader for Tiny House Nederland and fire starter of the event, I had my work cut out for me. Careful what you wish for, right? I’ve been saying for two years that we should organise a Tiny House Nederland Day, but we just weren’t ready yet. This year we were, and I could get started. I have to confess that I’ve never organised a big event like this before, but with a solid base in socially cultural work and some handiness in organising, I thought I could pull it off. But oh boy, did I underestimate the amount of work! At one point it was almost like a fulltime job. 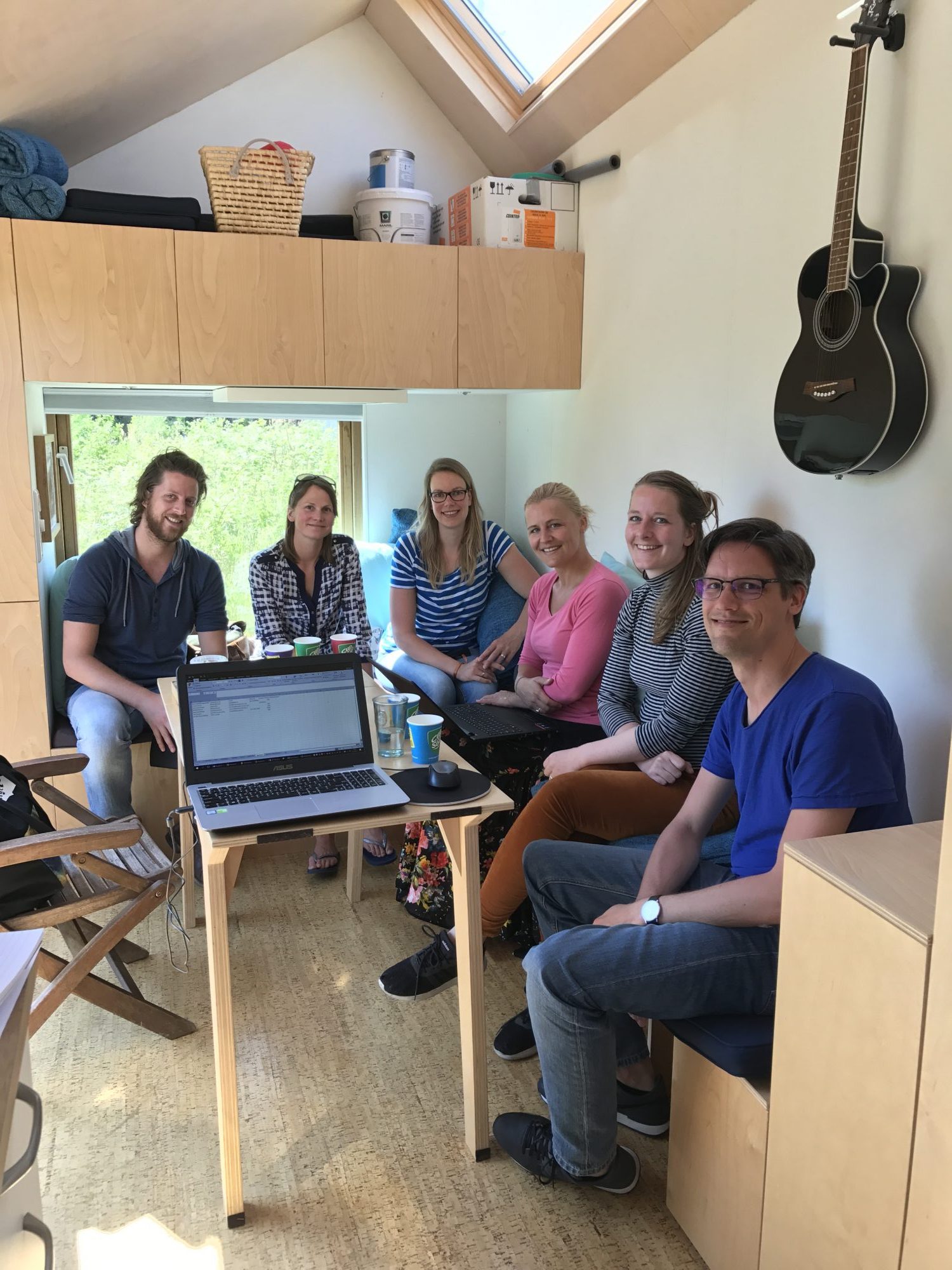 Fortunately, I didn’t have to do all of it by myself. After a request in the Tiny House Nederland Facebook group, six people volunteered to help me with the organisation. On White Monday we gathered for the first time to get to know each other and for a brainstorming session. What a lovely and motivated group, and what a massive amount of expertise they had! I already had an outline of the program for the Jamboree in mind: as many Tiny Houses as possible for people to see, a line-up of lectures and workshops, an information market and plenty of music as a decorative element. Together we shaped the program and lots of other cool ideas were suggested, like the recordpoging ‘Hoeveel mensen passen er in een Tiny House?’.  The credit for this brilliant idea goes to Natasja Oosterloo, who was also my shoulder to lean on once J-day approached :) 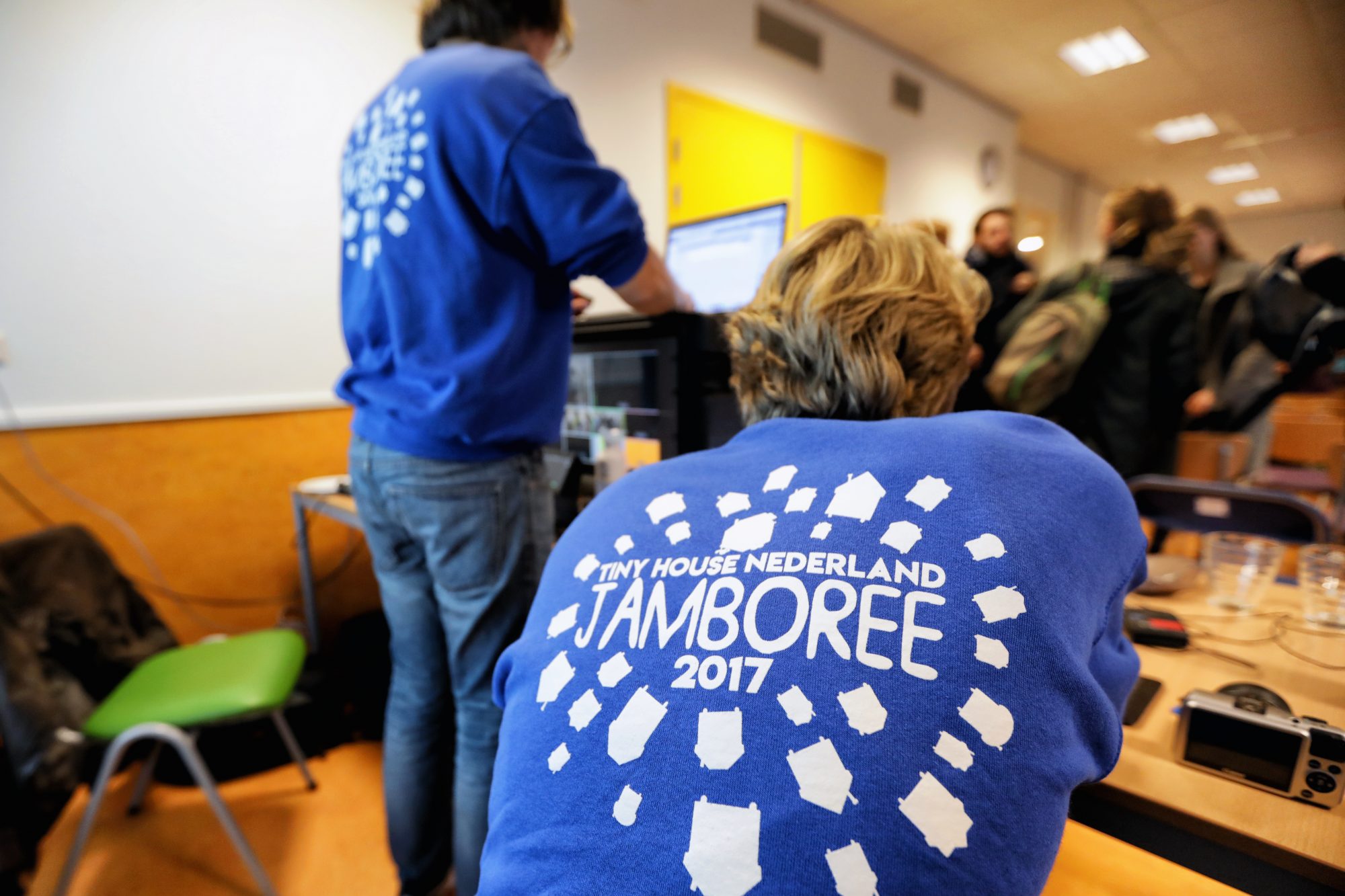 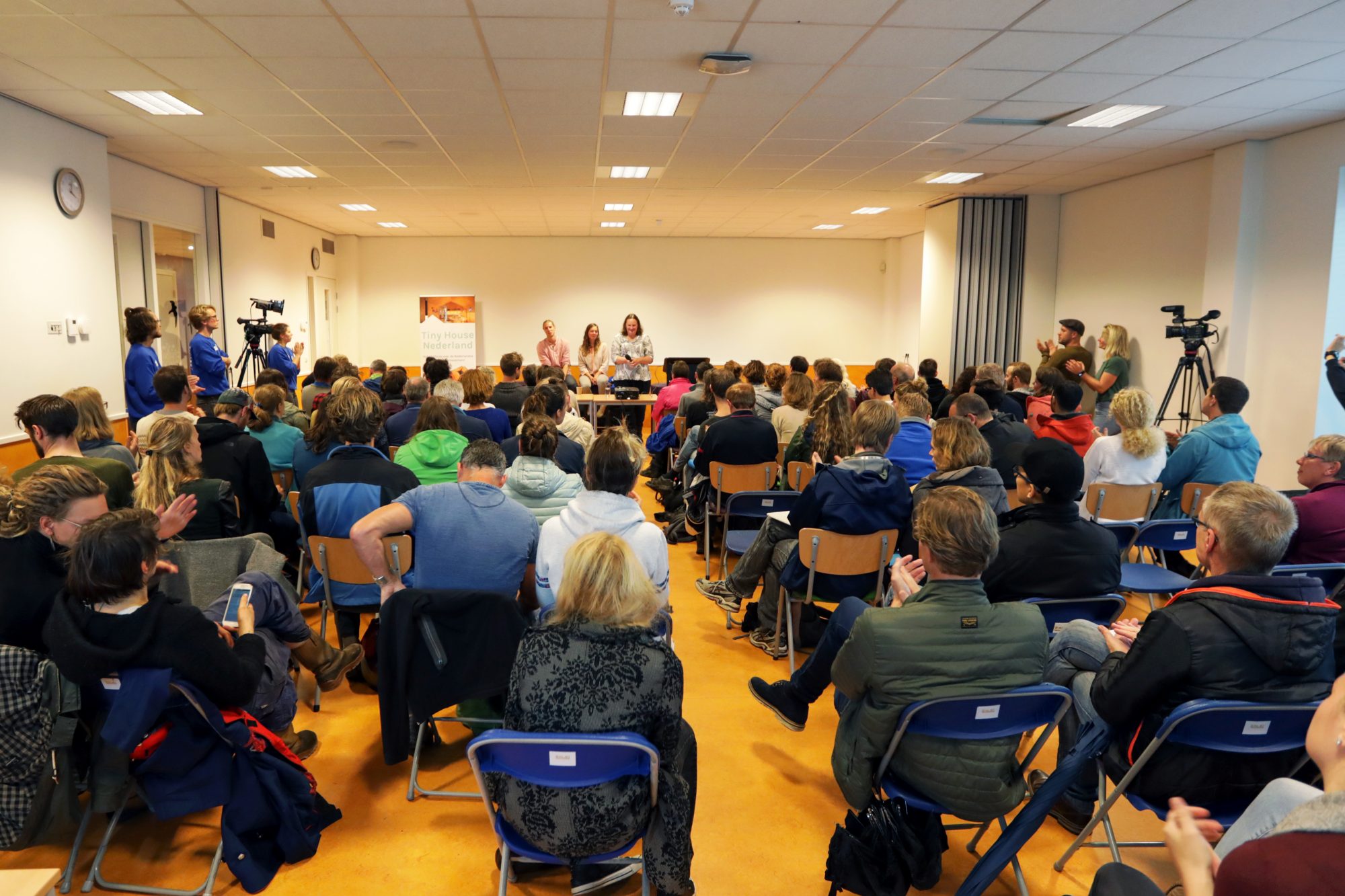 The different chores were divided into smaller working groups. A website was built. We went looking for sponsors, people with Tiny Houses who were willing to come to the Jamboree, speakers and renters for the information market stands. We already had our location:BouwEXPO Tiny Housing in Almere Poort. Because let’s face it, there’s no better location imaginable. There would already be some Tiny Houses there, it’s centrally located in the country and it just so happened there was an 8-day Tiny Housing manifestation being organised. The Jamboree would fit in there perfectly. It made some organisational aspects a whole lot easier; on the other hand it also came with a few limitations. But as a whole: this was a match made in heaven.

As time went on and the 7th of October came closer, the amount of work and the number of meetings increased. Some of the volunteers had to take a step back, and in no time new people were found, willing to devote their time to the good cause. Weekly skype sessions, deliberation with the team of the BouwEXPO in Almere, e-mailing, e-mailing and some more e-mailing, and phone calls into infinity. We had so much to do. But it was all worth it, the result last Saturday was great! Despite the gruesome weather thousands of people found their way to the first Tiny House Nederland Jamboree. On the website van Tiny House Nederland you’ll find a press release, and soon the lectures, that were live streamed on the Tiny House Nederland Facebook page, will be available there. 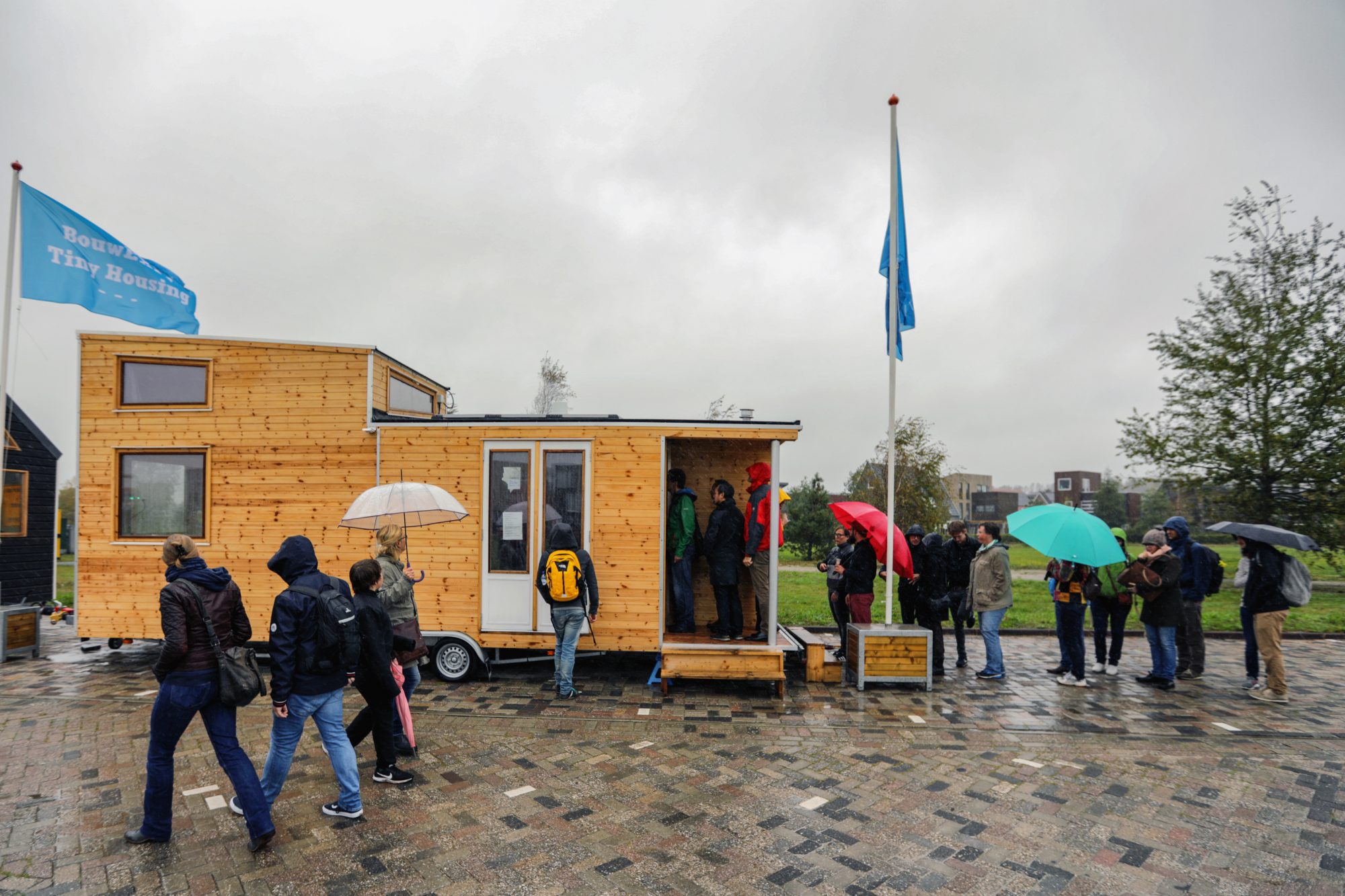 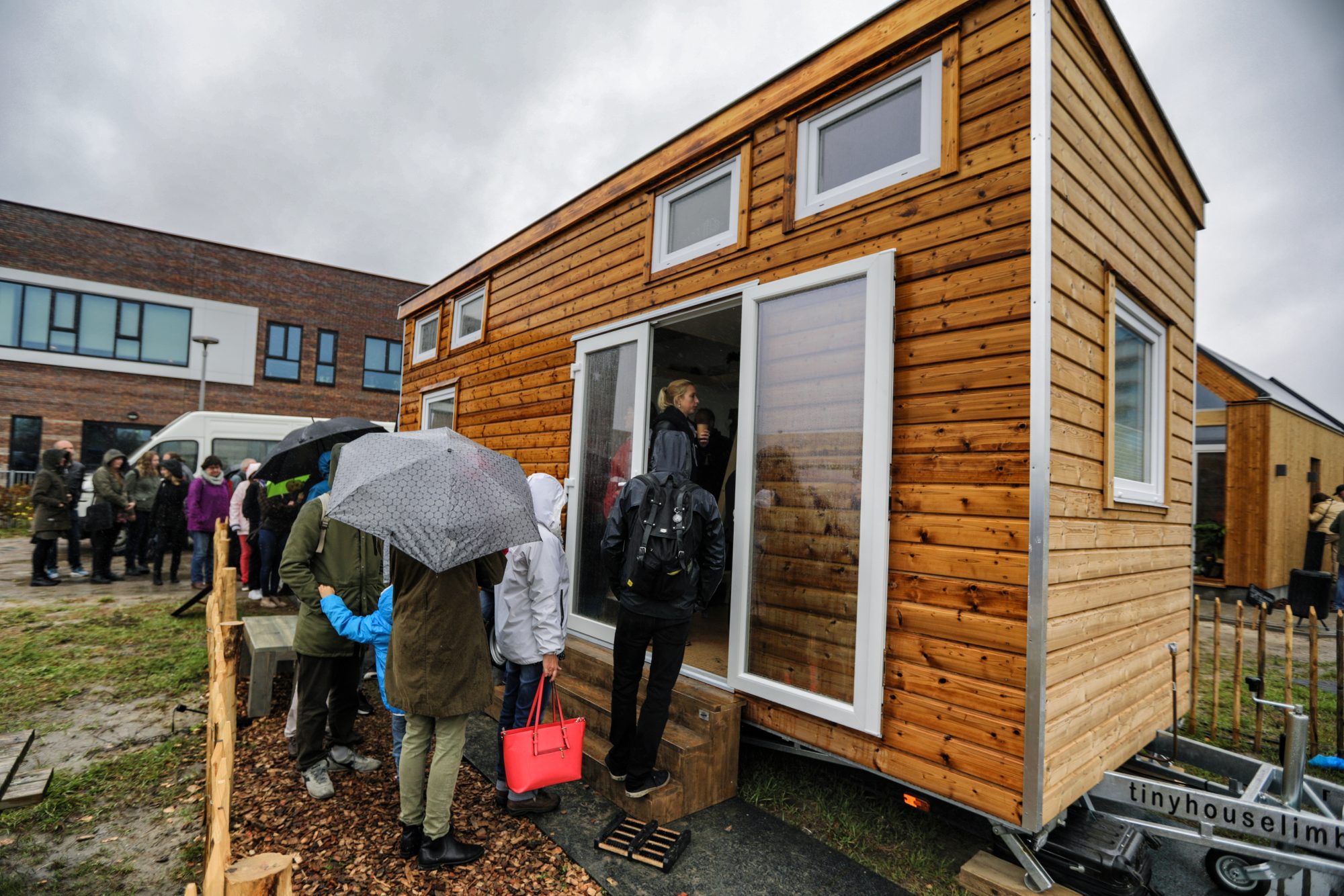 I thought that after this Jamboree I would be done with organising events for a few months. And I actually was kind of tired afterwards. ;) But I have to confess: in my head I’m already working on the next edition! Because there will definitely be a second edition, even bigger and better than the first one. We won’t have to be worried about enough interest anymore. A very big thank you to everyone who contributed to the Jamboree and to all visitors. I hope you’ve enjoyed it just as much as I did and I hope to meet you all again next year with the same level of enthusiasm!

Fuss about leaving Laundry: plan B