What if nature had a voice? What if rivers, jungles and animal populations would have a say in the determination of their fate? Would we listen to what they had to say, hear the stories of the precious life they inhabit and produce, life that directly influences our own lives?

What if we realize that humans are just one piece of the puzzle that guarantees life on Earth? That with every football field of forest we destroy, we destroy a piece of our lungs? That every field which we plough to dust and spray to death with pesticides, we starve and poison our bodies? That every animal species which becomes extinct due to loss of habitat due to human action is a direct threat to humankind?

The large-scale destruction of ecosystems is currently not a criminal offence. It is time to give this crime a true name: the destruction of our beloved nature is called Ecocide. The crisis we are in is the result of a system error, in which nature has no right to protection. By enacting an international law that criminalises the large-scale destruction of ecosystems, we can correct and stop those responsible for the damage that affects us all. We can support people worldwide who are committed to ending these crimes. So that we finally make the transition to a society that lives in collaboration with nature instead of living against nature. A liveable world for the generations to come.

This is the game changer the world is waiting for. This is the missing piece of the puzzle that is needed to create a liveable world. This changes everything. Let’s join hands, close ranks, protect our precious Earth which we are a part of. In December 2017 I became an Earth Protector, an initiative of Stop Ecocide led by the phenomenal lawyer Polly Higgins (Rest in Peace). We are now three years later, and a flourishing worldwide movement has emerged that aims to realize the criminalization of ecocide at the International Criminal Court. I strongly believe in Stop Ecocide! This is one of the steps we must take now to make a real difference. That is why I am an ambassador for Stop Ecocide Netherlands. 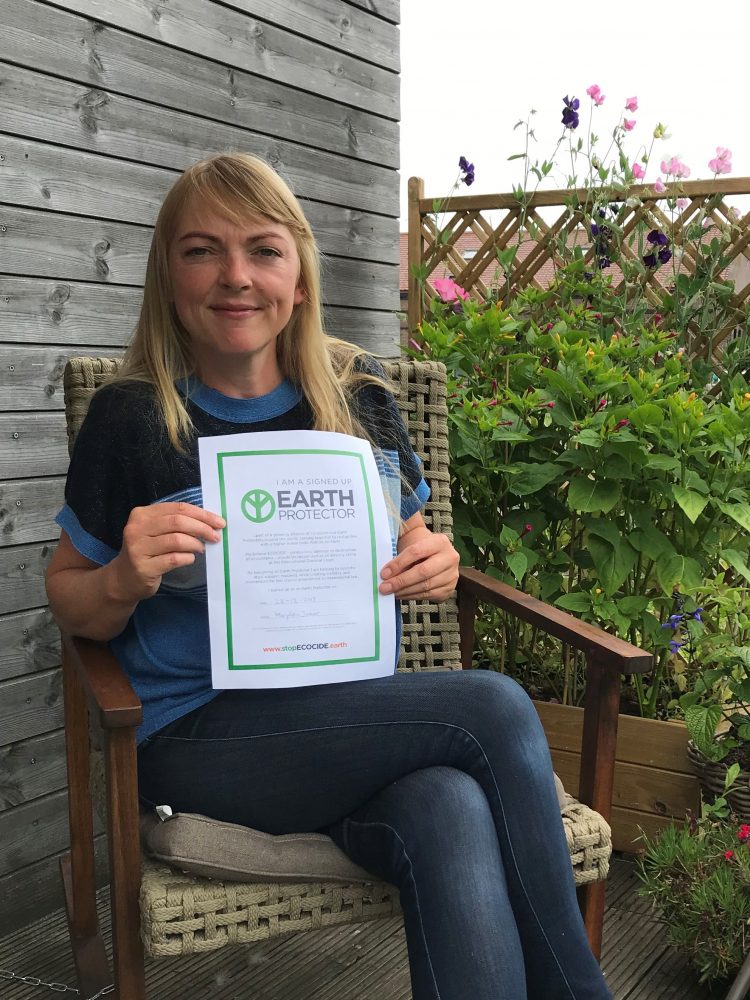 I know that many people feel despondent and alone, when you do your best to make people aware of the fact that we are on the wrong track in this endless economic growth model, and still people don’t seem to listen or care. That you get frustrated because you see time and time again that the power of money triumphs, and nature and our health are undermined. I would like to tell you that Ecocide legislation is going to make a huge difference and that it is a goal that you can fully support.

Ecocide law will be put into place; it has already started. A few recent milestones:

It is up to us how soon the international Ecocide law will be implemented. As I write this, the counter is at 16796 Earth Guards. Support Stop Ecocide and, also, become an Earth protector:

DIY vs. craftsmanship How do you choose a green energy supplier?