I’ve lost my buddy. My God, this hurts so much, I miss him so much. Yesterday I had to put my dear cat Jack to sleep, he was almost 18 years old. He weighed only 2.2 kg, was in pain and couldn’t hold his stool anymore. I was granted 17.5 years with Jack, during which I enjoyed him so much, he was my best buddy. I’m afraid I’ll never have a special bond like this again with any animal. God, I’m heartbroken, even though in my heart I know this was the best and most loving thing I could have done for him. But it’s so hard. The void he’s leaving is enormous, the house has never felt this empty and sad. Despite having sweet Hella, who tries her best to comfort me. 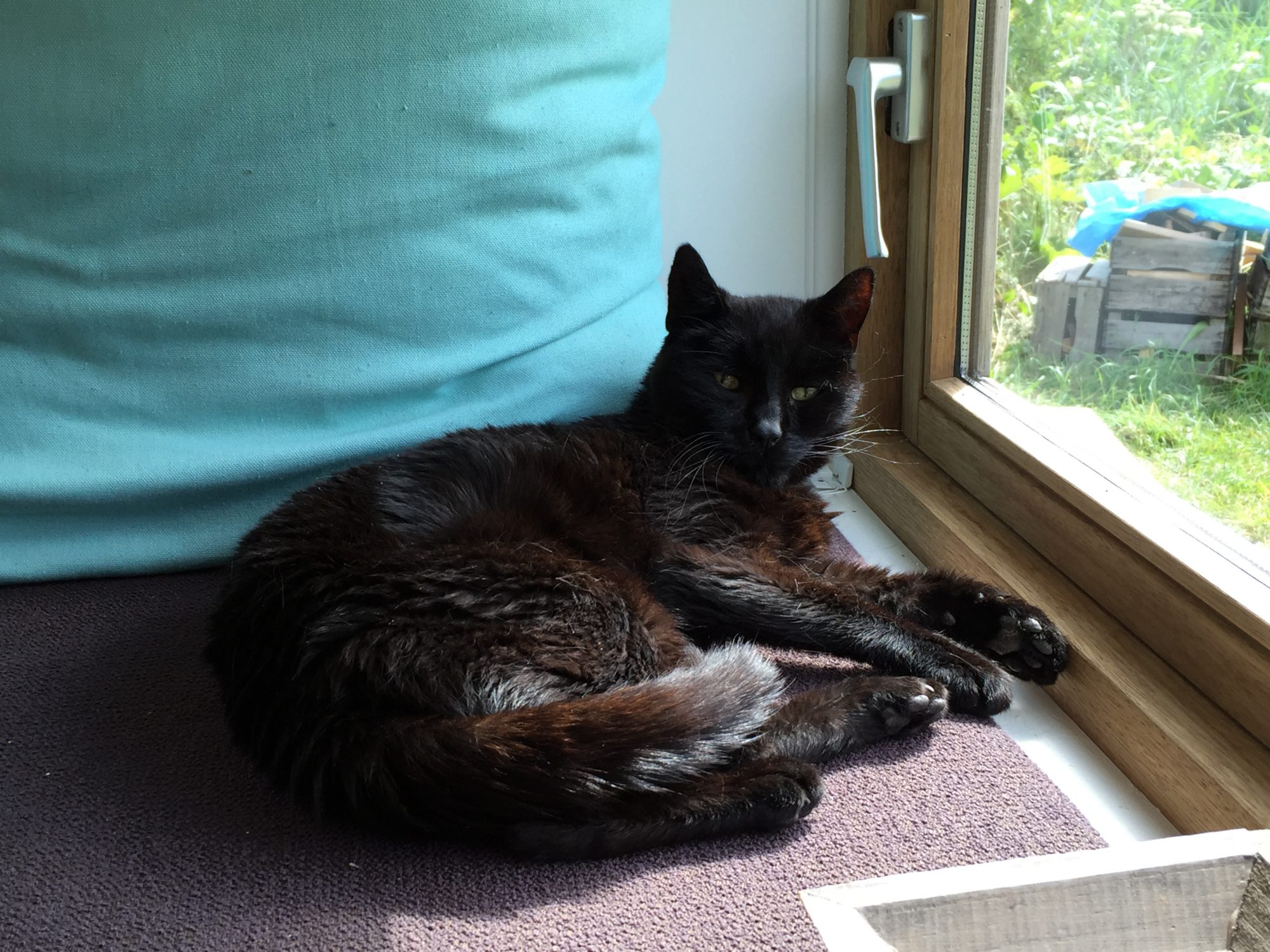 I got Jack when he was a kitten, he was about 8 weeks old at the time. I already had a cat, Moby, and I thought it would be nice for him to have some company. Jack was born in a rental house behind a farm, he and his brothers and sisters weren’t taken care of properly. Their mother was screaming in front of the window from the outside, she couldn’t get in to feed her children. Jack was the smallest of the bunch and if I hadn’t taken him with me that day, he wouldn’t have survived. My neighbor back then, Carla, revived him with coffee cream. Mobi wasn’t excited about Jack living with us though, he kept whacking the poor little guy. So, not long after that I got another kitten to create a diversion. Billy was about the same age as Jack and they got along brilliantly. They were like brothers. Mobi found another home in the end, he couldn’t handle living with two kittens. I had a thing or two to learn about pets…But Jack and Billy were great together, they loved playing together! Unfortunately, I had to put Billy to sleep when he was 12, because of acute kidney failure. 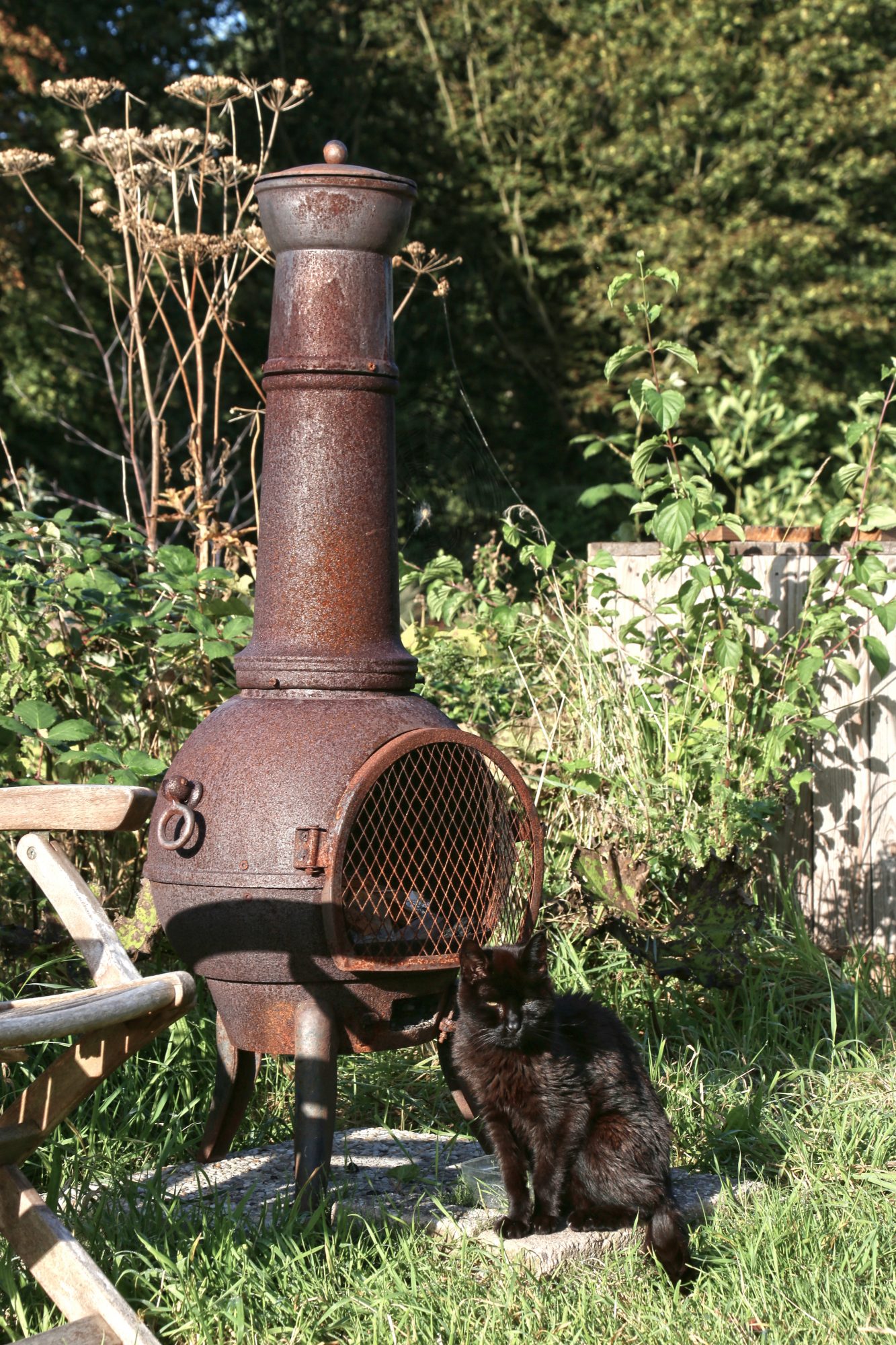 A few years later Jack lost a lot of weight, kept throwing up and had diarrhea. I’ve had God knows how many examinations done without any diagnosis, he just kept losing weight and one day I said to the vet: ‘just open him up, see what’s going on inside because this can’t go on any longer.’ The vet did as I asked and it turned out that Jack had a serious problem: part of his small intestine was shoved into his colon, they got stuck together and it had gotten infected. That part of his bowel was removed, the remaining parts were joined together again. The vet told me he would always have liquid stools from now on, because the part between small and large intestine was removed. That was right, but Jack felt so much better and he has lived just like a healthy cat for years. The past few years he kept going downhill slowly. A treatment with corticosteroids helped him recover again for a good period. But that period got shorter with every treatment. Another serious operation like earlier would probably have killed him. 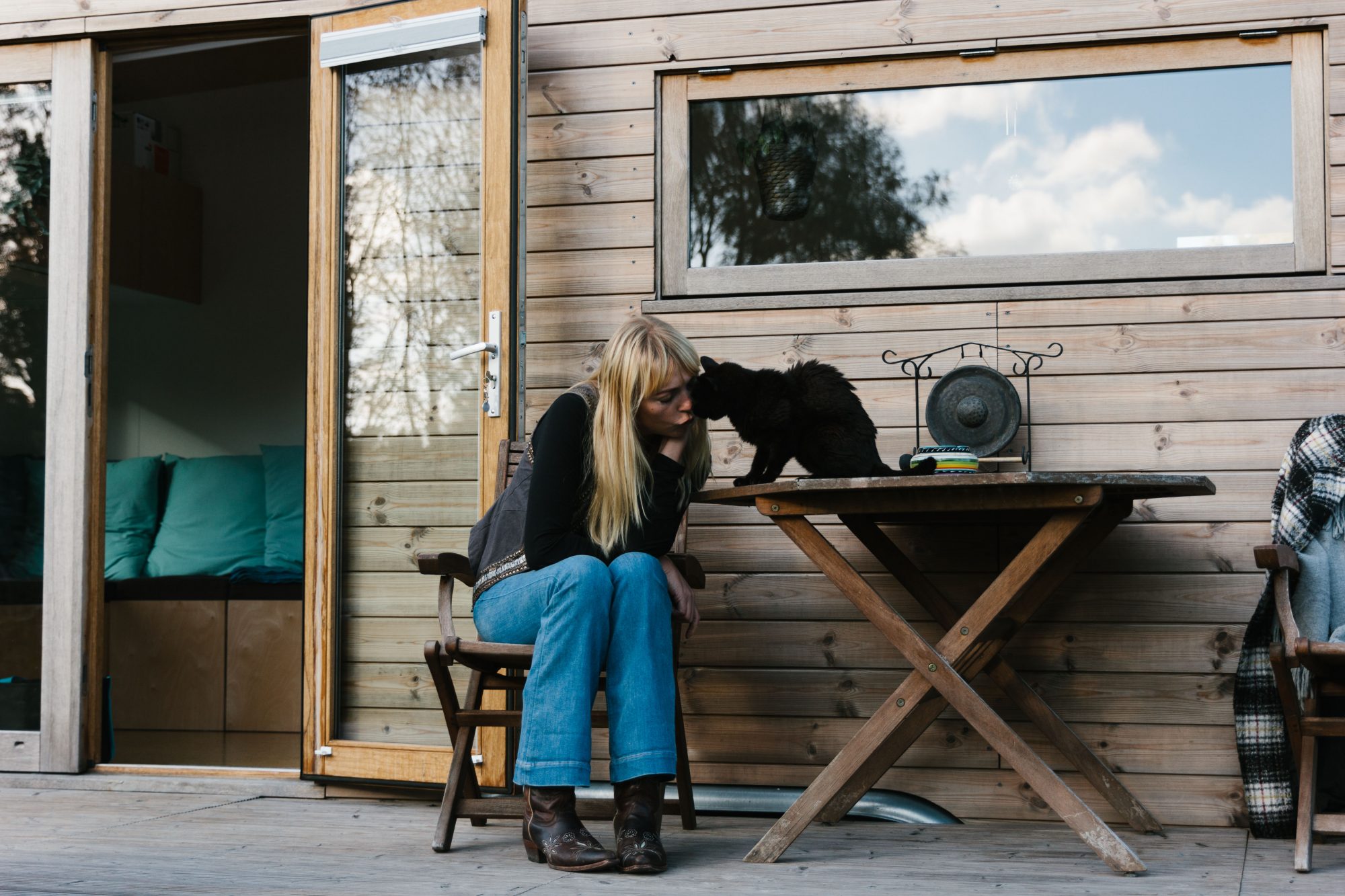 Jack was a high maintenance cat. Even more so ever since he needed little bites of food regularly. For almost all his life he ate special food for his bowels, but now all he ate was wet food. And he loved to cuddle, he would climb up my neck all the time. As a kitten he loved suckling on my earlobe. That’s probably because he had left his nest to early. Every night, as I went to bed, he would come lay with me, purring. He could barely wait for me to settle in bed, and was quick to lay next to me with a loud purr, his head against mine. That’s what I’ll miss the most: cuddle time before bed. Jack used to be very shy, if I had a friend over he would go upstairs immediately. That got a lot better over the years, but he never stopped clinging to me. We were just two peas in a pod, him and me. 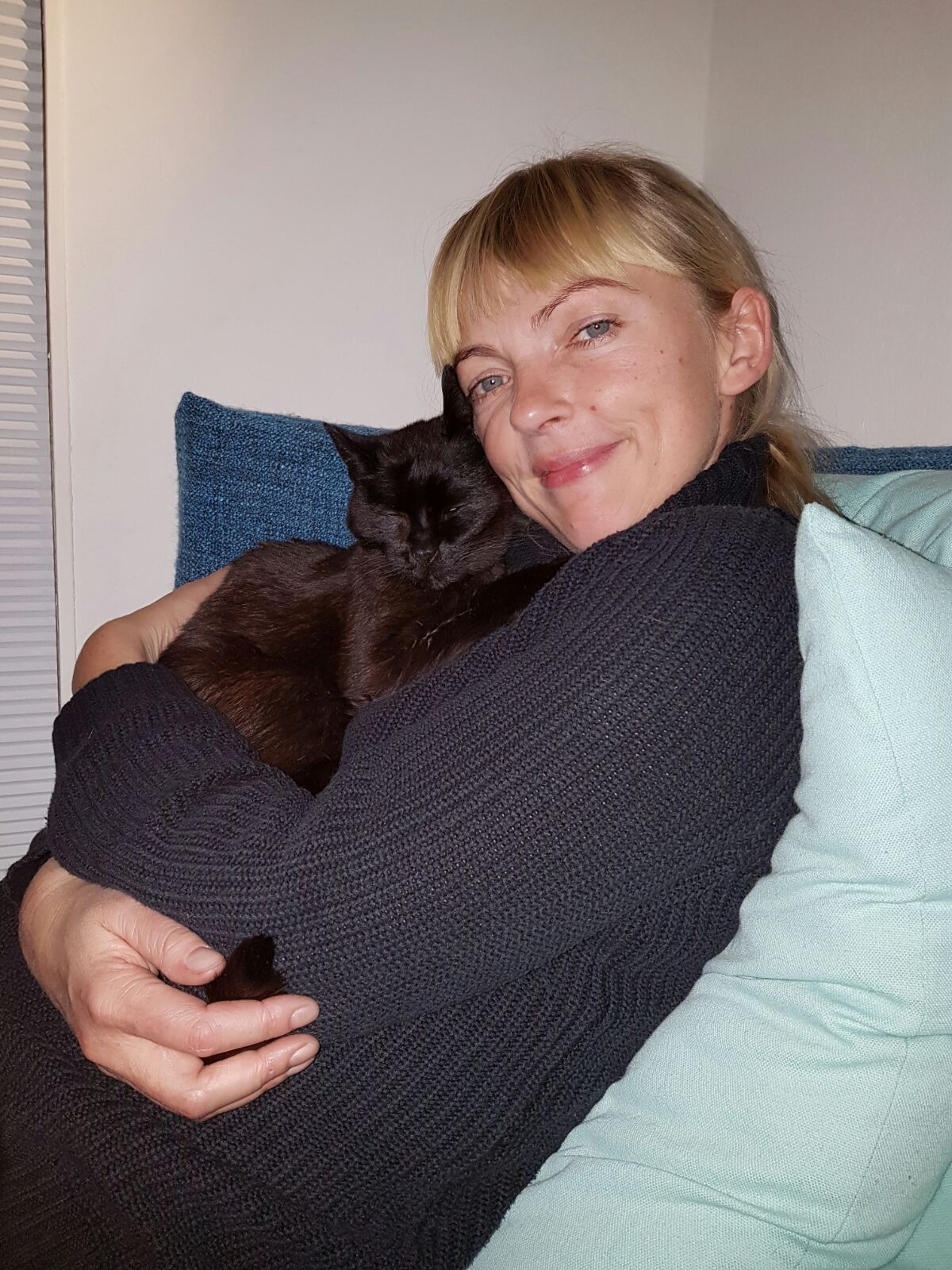 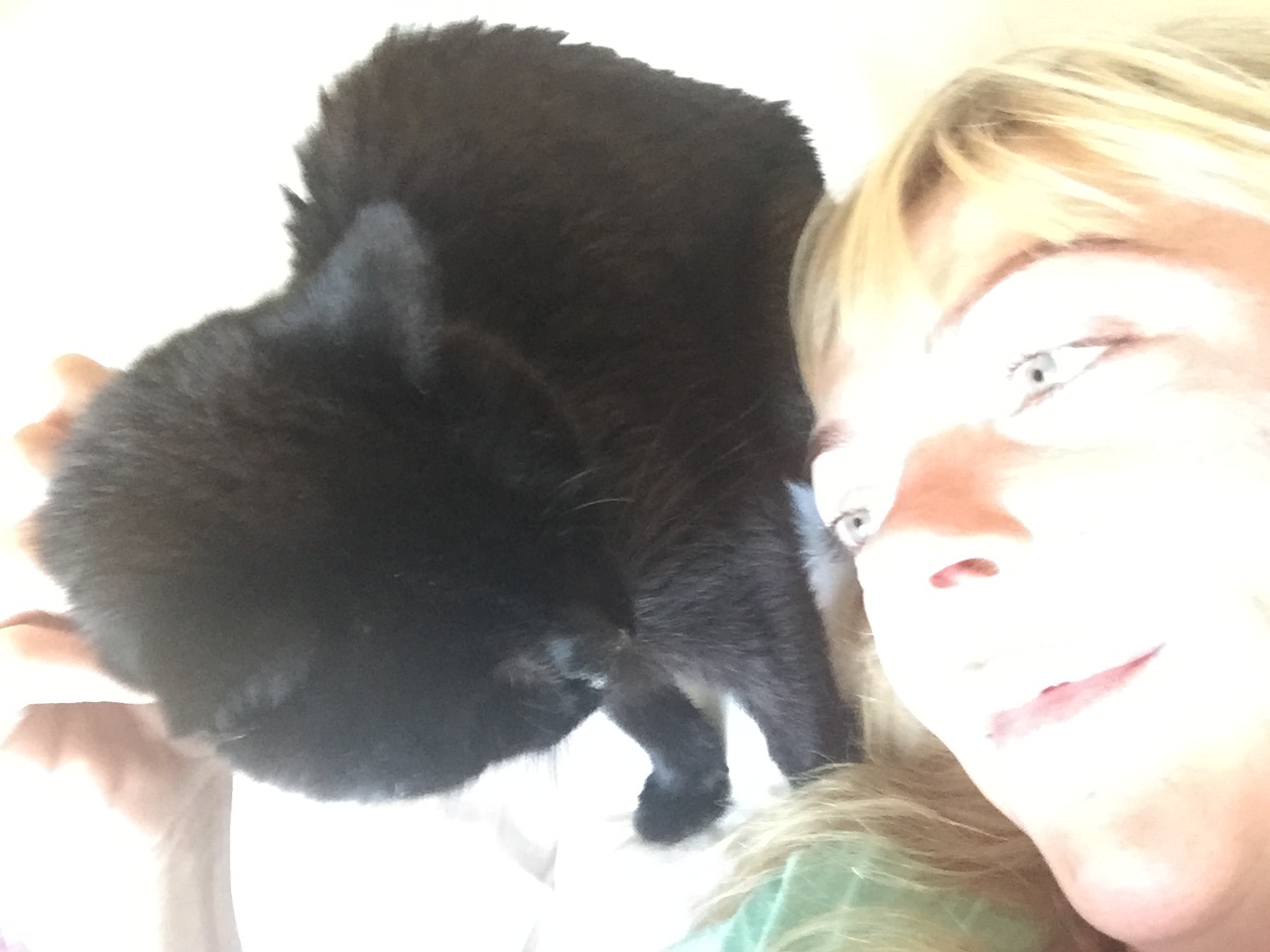 Years ago I made a deal with Jack that he had to live at least 16 years. Against all expectations he topped that! Last week I decided it was time for another examination, the pills didn’t work that long anymore and he had gotten so thin. But he still ate his food, he drank his water and still came to cuddle. But for the most part of the day, he slept on the bed in the loft. The vet told me it was time to start thinking about when enough is enough, but I thought he wasn’t in that bad a condition we couldn’t find another solution. I didn’t see the results of the examination in time, but in hindsight there was nothing we could have done to help him. Sunday night Jack was in a really bad place: he couldn’t control his bowels anymore, was restless: kept going outside and back in, under the covers and back up, I knew his time had come. I cried the whole night long. Monday at 1 p.m. we had the dreaded appointment and I had to say goodbye to my dear buddy. I took him home with me and me and my friend Kenneth buried him by the house. 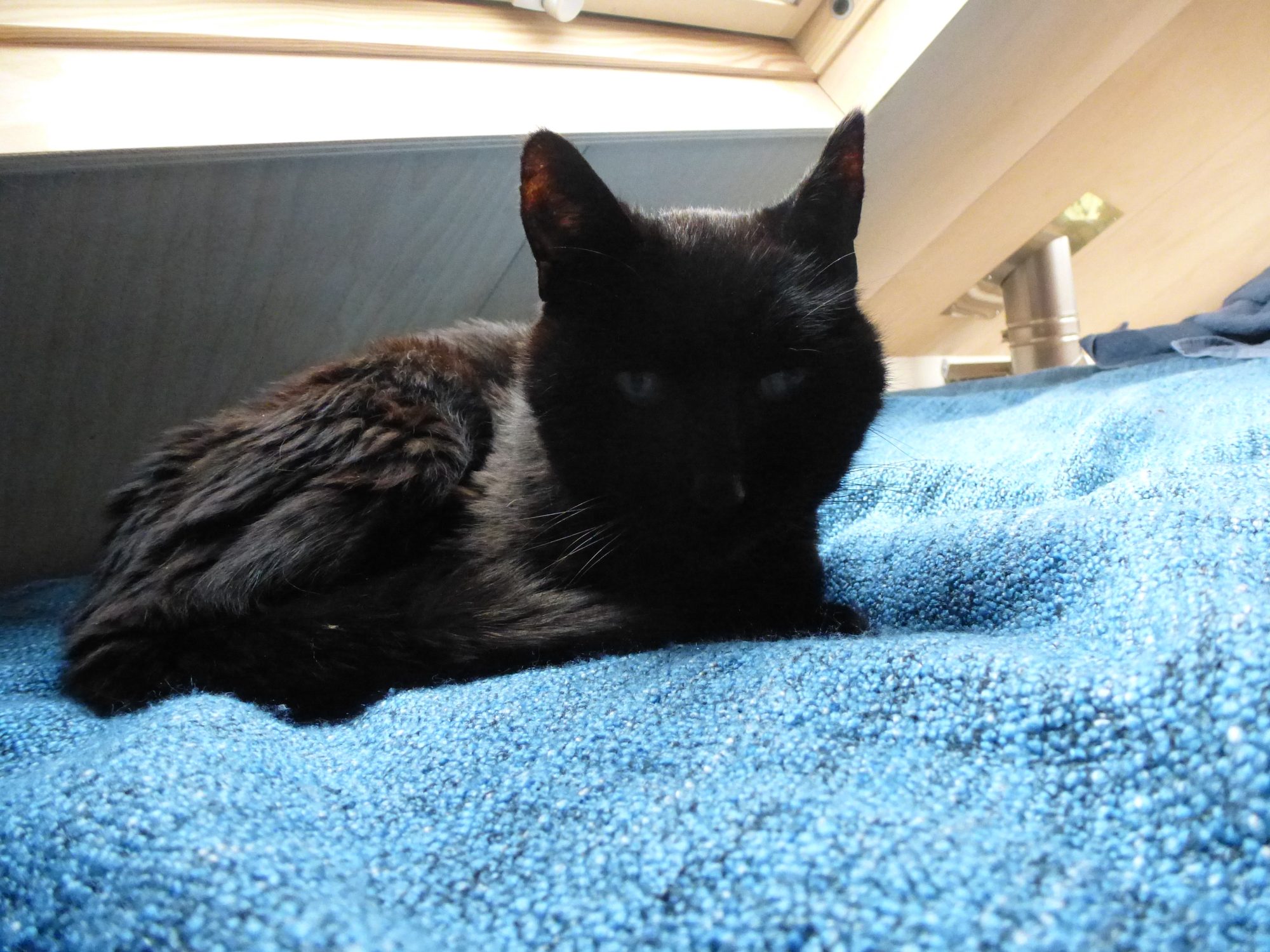 Rest in peace my dear, sweet Jack. I hope you’re in a beautiful, peaceful and loving place without any pain. Together with Billy, Tommy and Sammy who went before you. I miss you so much and I know the pain will last a long time. But I also feel incredibly grateful that I got to share my life with such a special cat for such a long time. And I’m glad you got to live with me in my new home for a little while, even though the wintery cold was rough for you. We were soulmates, you and I. And maybe that will never end. Rest in peace, my dear Jack, until we meet again. <3 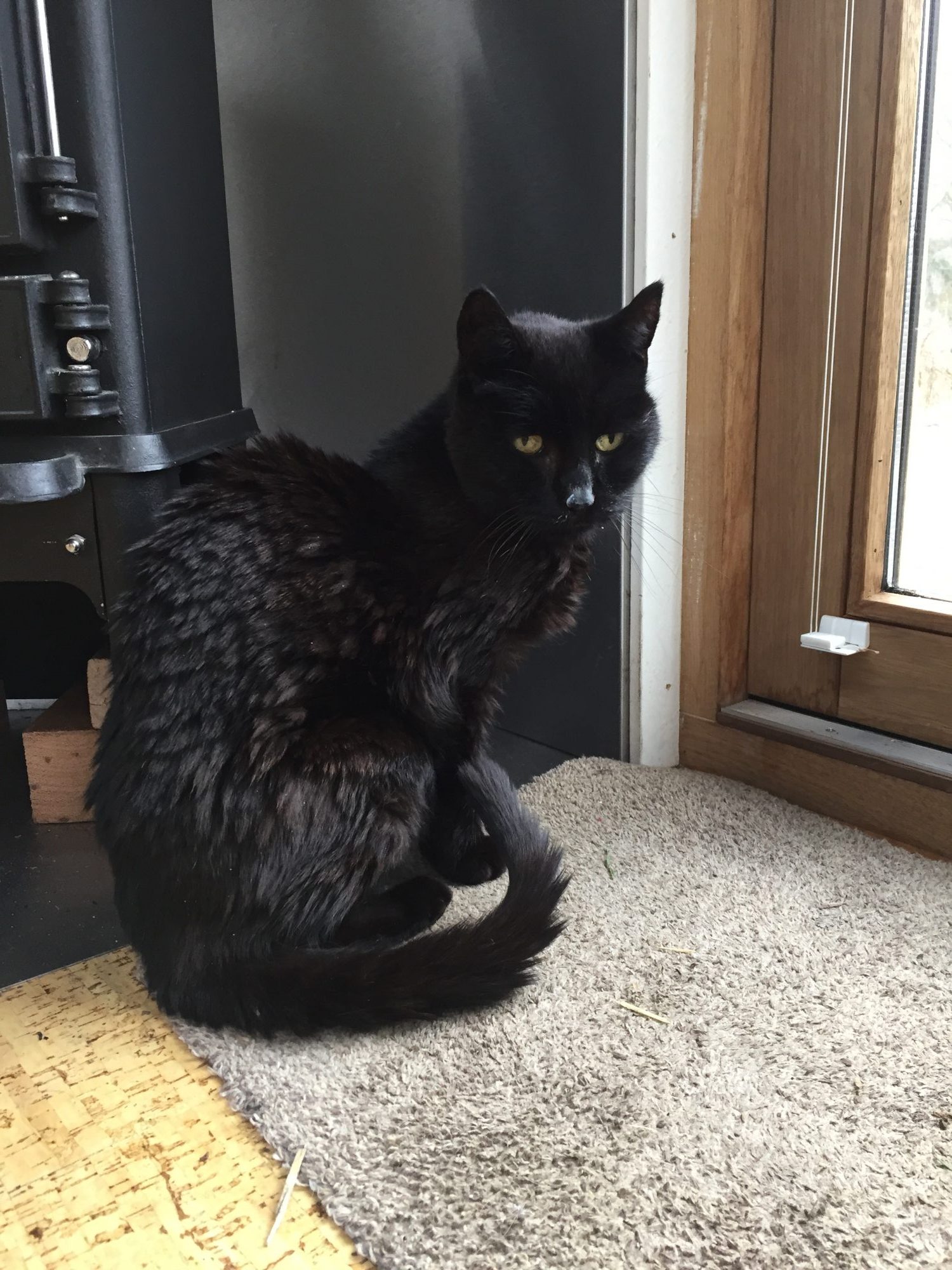