This week I saw a few messages on my Facebook timeline that left me angry, down, and made me feel like there is only a small group of people calling for help while the big masses keep on living like there’s no tomorrow. All the while, the people who can actually make a difference in this world – our political leaders and the multinationals that basically run the show – continue to make economic growth their top priority. 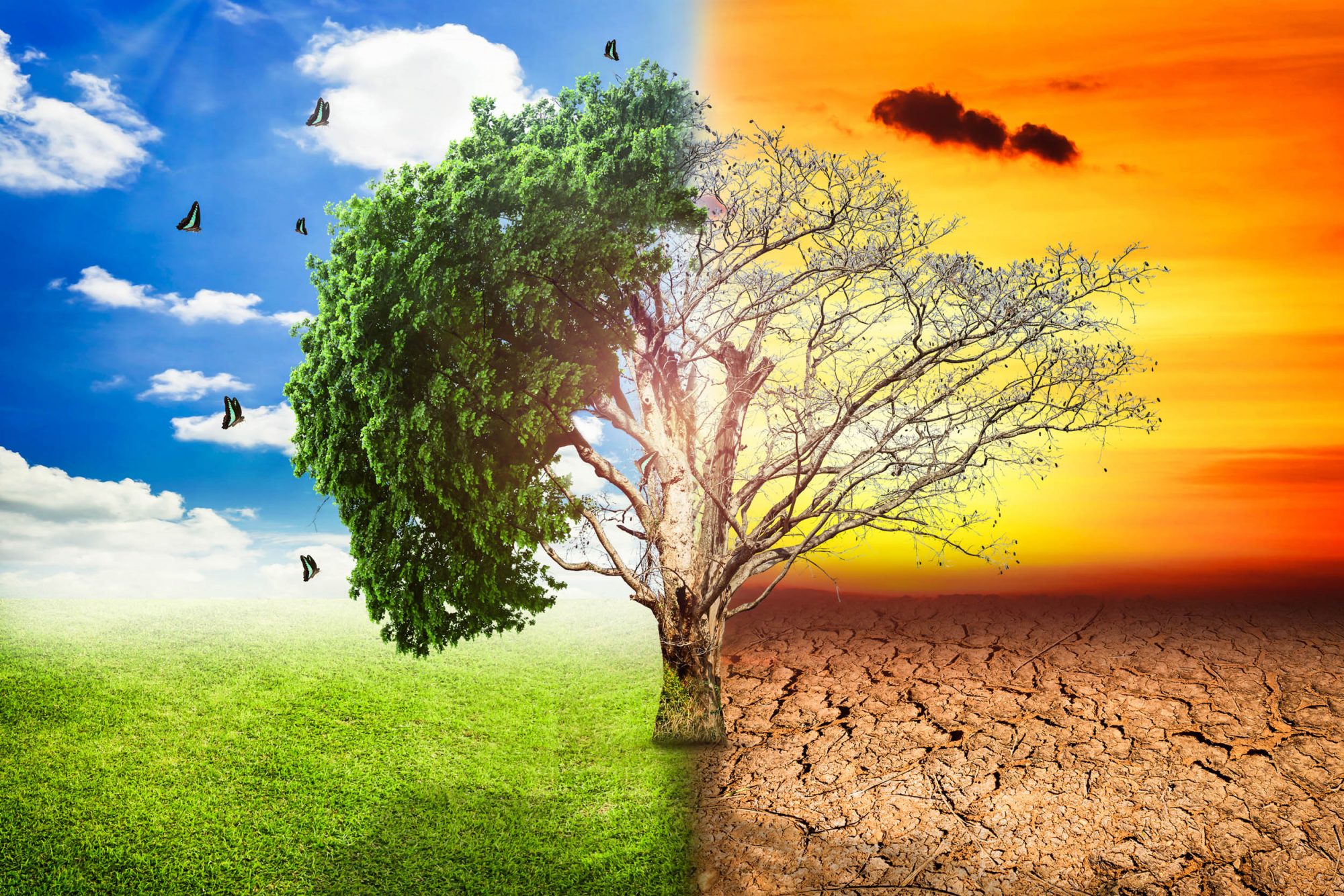 I read several articles on biologist Paul Ehrlich, posting a red alert on global mass extinction. All kinds of animal species are quickly losing their habitat because of human overpopulation and mass consumption. You can read more about it in this article in the Dutch daily newspaper Volkskrant.

Then I ran into this article from New York Magazine, showing us a devastating prospect on climate change. It’s a long article, but I recommend you read it anyway. You can think what you want, but let’s not beat around the bush here: climate change had been proven beyond doubt and its warp-speed downwards spiral is due to human actions.

How come we aren’t busting our asses to change the system? A little hipster green doesn’t even come close to what we need in order to turn this downwards spiral around. And yet our politicians are fighting over the few drops in the ocean that they want to make. They KNOW that our species can only survive if we stop putting humans first and all other lifeforms second. And if they don’t, they need to read Kate Raworth. Her book ‘doughnut economics’ explains plainly and simply why and how things need to be changed, using terms such as ‘ecological ceiling’ and ‘social threshold’ (read more in this article of De Groene Amsterdammer). 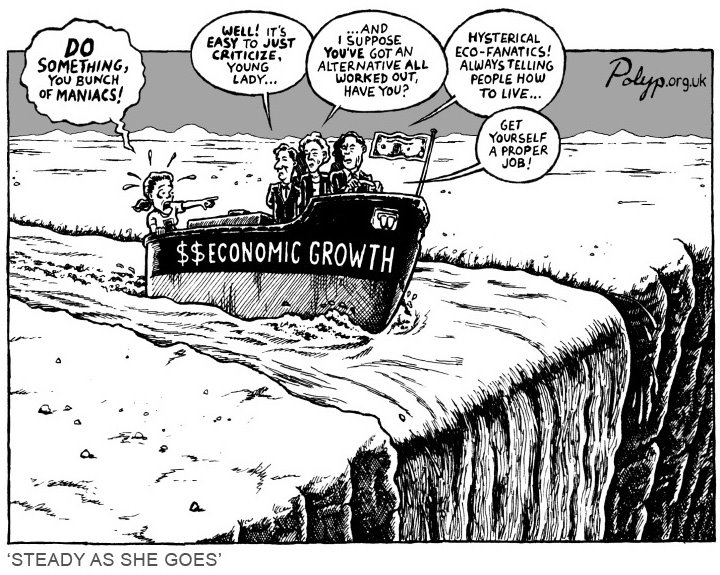 In the meantime, while hoping that the shocking state of our planet will shake them up and force them into action – not least because their precious economic growth will stall if severe drought makes it impossible to grow enough food to feed 7.5 billion mouths – there’s also plenty more we can do ourselves. It’s possible that the people who haven’t even started to think about this will also have stopped reading at this point because they don’t care. Tough, but there’s not much I can do about that.

I truly believe that we need to help each other make steps towards the society we really want to create. Stop pointing fingers and start a conversation. What’s difficult for you to change, knowing you should change it to create a better planet? Are there resources? Is there knowledge we can share? Can we do things together? For example, you may know that I’ve been trying to cut down on meat and eventually want to stop eating meat altogether. And if I really want to make an effort, I might as well go vegan. Because animals in the dairy and egg industry are no better off than the animals in the meat industry. But I lead a busy life, I’m not much of a cook and I don’t have the time to think about what I should eat and where I have to buy the ingredients – and with as little packaging as possible. So last week I ordered a vegan organic meal box and I’m really excited! It’s home delivered, it looks good, the meals are each packed in a paper bag with almost everything you need, including the recipe. Thirty minutes in in the kitchen and I’m ready to eat! That’s my kind of vegan cooking! I’m even enjoying it, it’s 100% organic and…and…. So there are ways to make going green a little more comfortable. But it takes you and me to help and encourage each other. 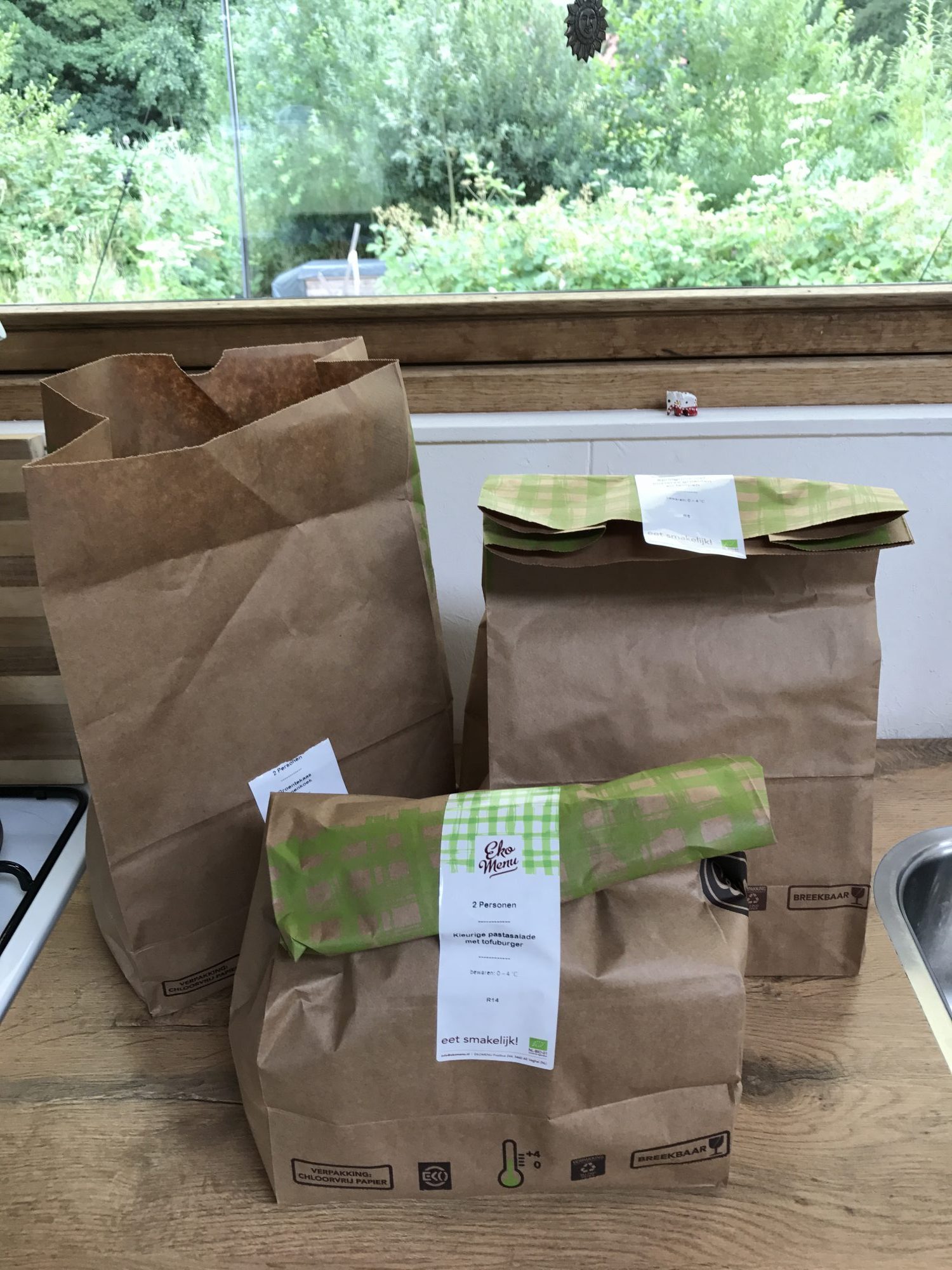 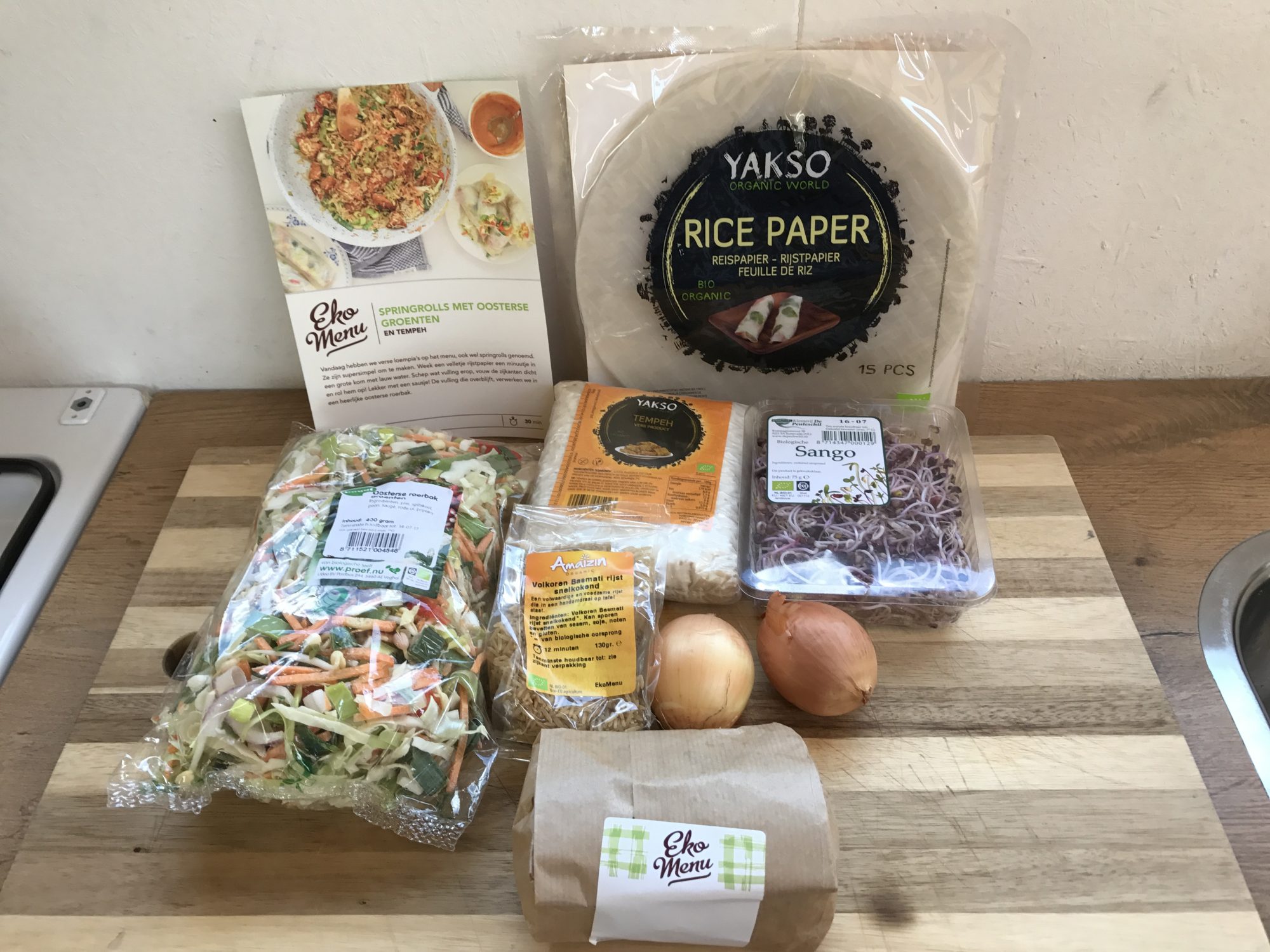 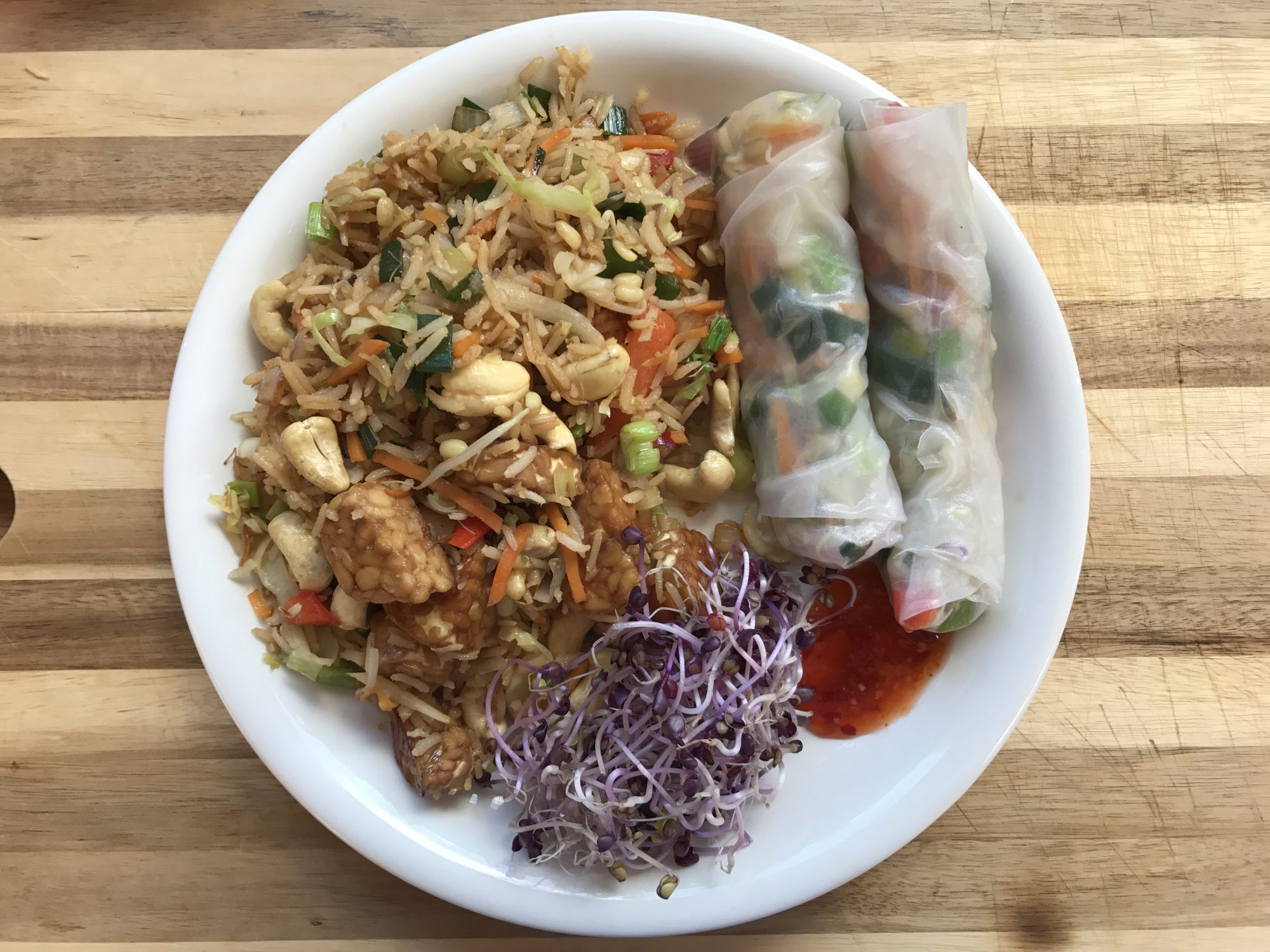 I regularly share alarming messages on my private Facebook page and I know some of my friends find it annoying. They don’t want to see those messages because it confronts them with what they already know deep down inside. We all need to change and we all have a responsibility. But acknowledging that means having to give up some comfort, and that’s hard. Yesterday I got so angry by the article on mass-extinction that I shared it with the following message:

I know that some of my FB-friends find some of my messages annoying – the messages that challenge them to think about what we’re doing to our earth. Well to hell with that, unfriend me if you have to. Because what the hell are we doing?? What does it take for us to get our heads out of our asses and stop making ease and comfort our priority at the expense of all other living beings on the planet? We simply don’t have the right!

And no, I’m not perfect and I also have a lot to improve. Can we help each other do that?

But, this morning I realized that a message like that is not effective. Only sharing doom messages will not lead to behavioral change, but to feelings of gloom, annoyance and passiveness. We need to stimulate each other, help each other, talk to each other and give good examples. Don’t judge, but help: suggest solutions and applause when we see progress. We can make a snowball effect happen: a snowball effect of awareness and better living. 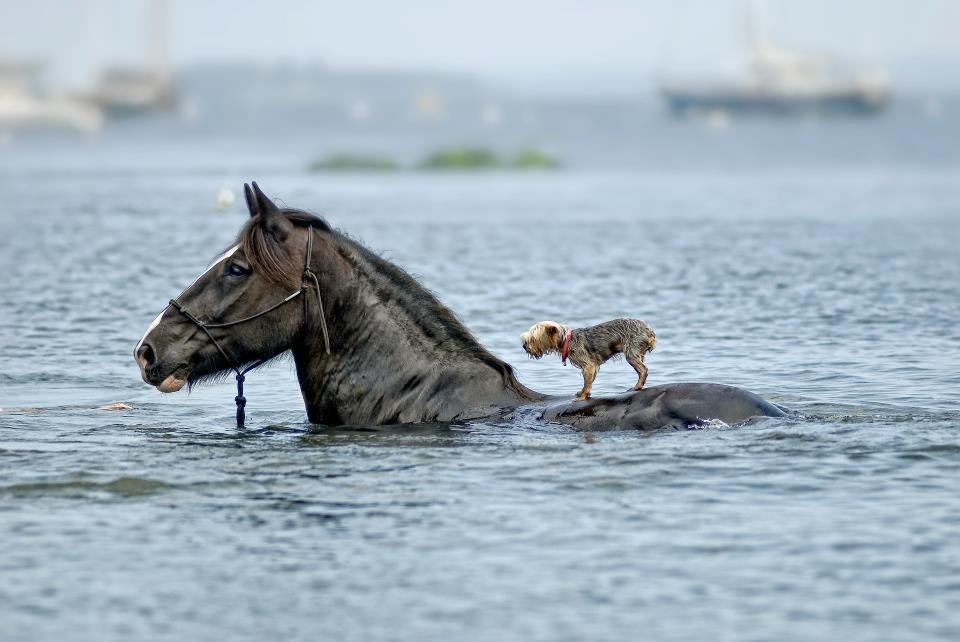 We also need to keep asking our government for change, but I’m not sure how we should do that. Wouldn’t it be nice if there were a transparent and honest organization that could help identify the proper subjects and information, and could help us get in touch with the most influential people. Does anyone have a suggestion? Is there an organization like that?

So, now a good look at myself. I’m doing really well on my energy and water usage and consumption pattern. Also I’ve been eating less and less meat and I’ve started incorporating vegan cooking into my life. And: no kids, so that’s extra credit (just kidding ;) ). I also recycle paper and glass.

There’s room for improvement when it comes to waste. My energy drink addiction leads to a lot of sheet metal waste, but I just can’t stop right now. The same goes for smoking, for that matter. Those two things are REALLY hard to give up for me. I also use my car often, because taking the train is expensive and I don’t like it very much. Add to that my vacation to the USA by plane, I think that’s another 3 square feet of Arctic ice…. I could start buying my clothes second hand, or from sustainable brands if second hand isn’t an option (like underwear). Changes in clothing is a doable option for me, as is going vegan. Those other points…I don’t know just yet.
How about you? Is there anything you could change fairly easily today? And what is really hard for you to change? Maybe we can all figure something out that makes changing fun, like the vegan meal box? 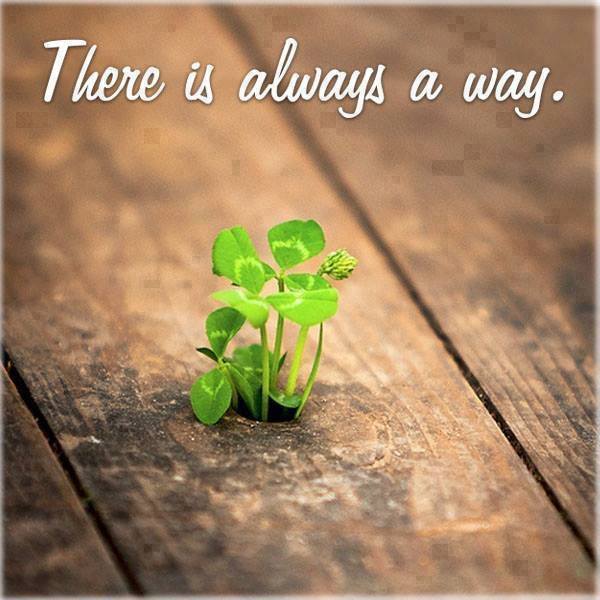