Do you remember the blog I ecstatically wrote about having my own chickens?  Well, there was a twist to that story and a weird but happy ending. Marjolein style, as it were ;) Time to tell the rest of the story! 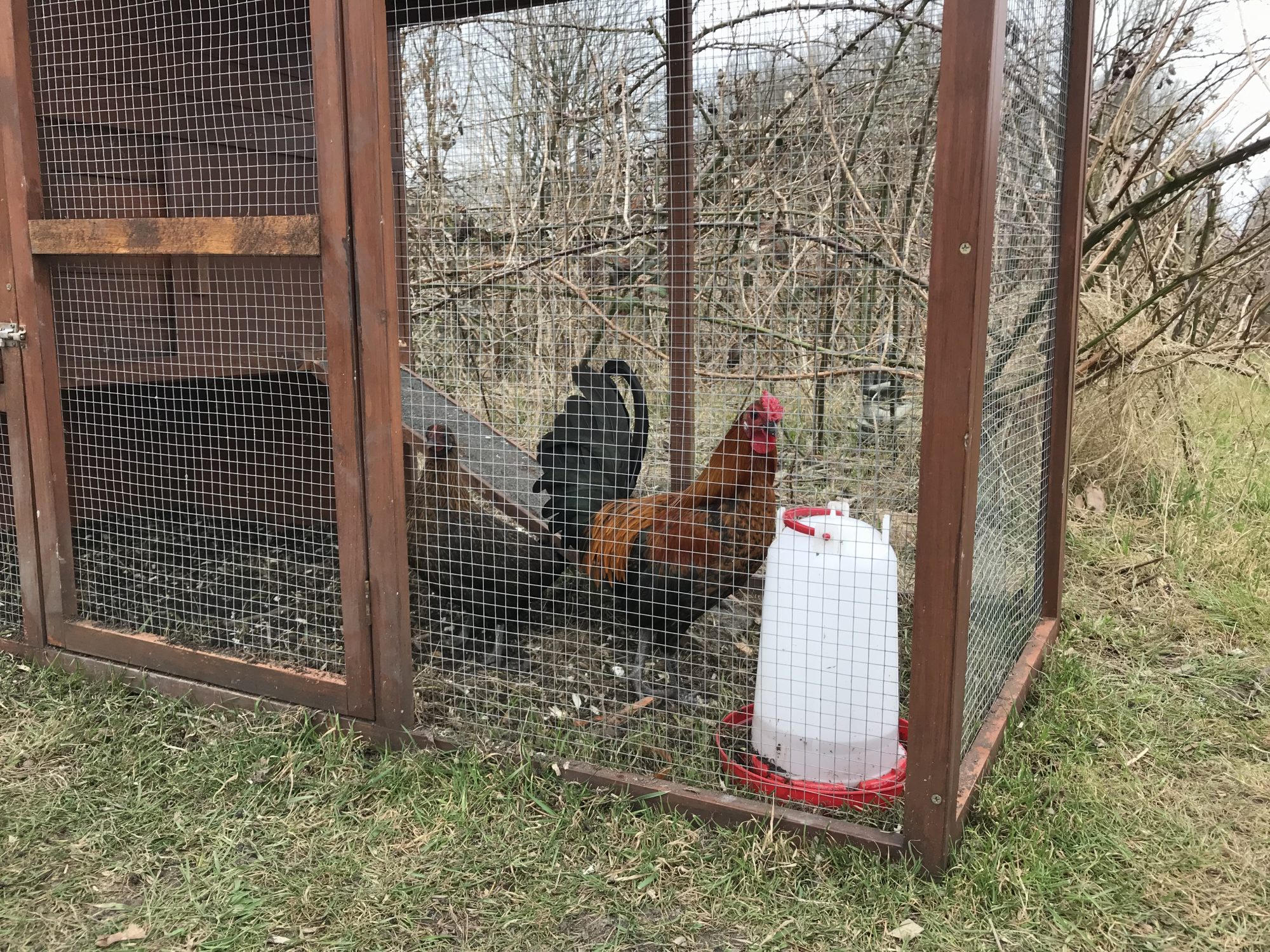 I was thrilled with my new chickens, but they were less excited about me…They were used to being able to roam freely all day long. And now they were locked up in a coop. A nice coop, but they weren’t very happy with being locked up. I felt sorry for them as they were desperately trying to find the exit. My intention was to let them acclimatize for a few days and then give them freedom during daytime. After five days I couldn’t stand it anymore and left the door open. Freedom called and after a while my chickens took their chance. They started to scratch around in my garden and kept close, so I sat behind my laptop with a big smile and continued working.

After a while I stepped out on the deck to see how they were doing: not a chicken in sight. Apparently, they ran back to the Urban Earthship as soon as they had the chance, thinking ‘you’re not doing this again, woman…’. I didn’t see them for weeks. I was left with a beautiful, completely empty coop. ‘Well done Marjolein. Now you can tell your readers you actually don’t have any chickens after all’, I thought. I decided to leave it as it was for now. 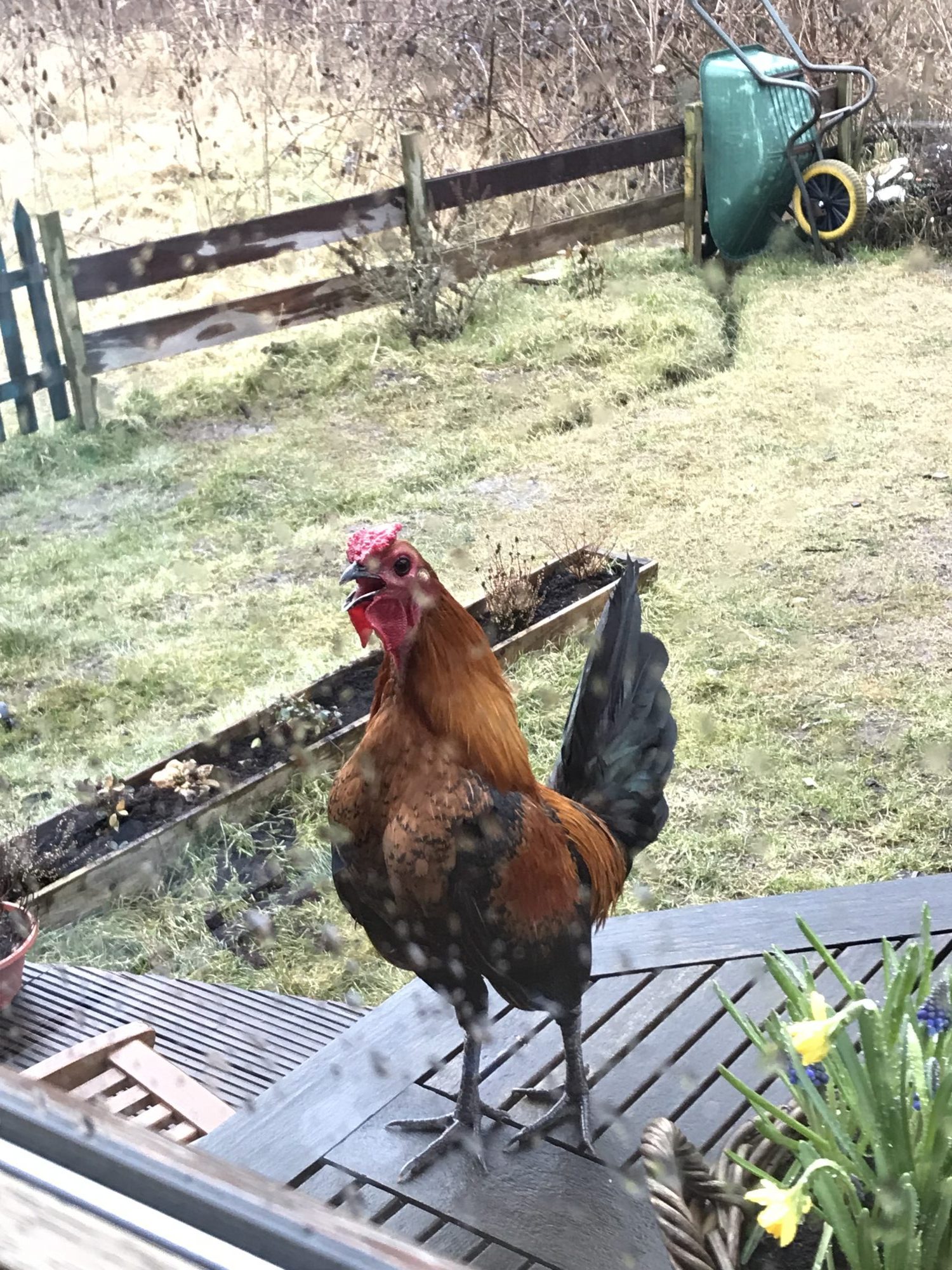 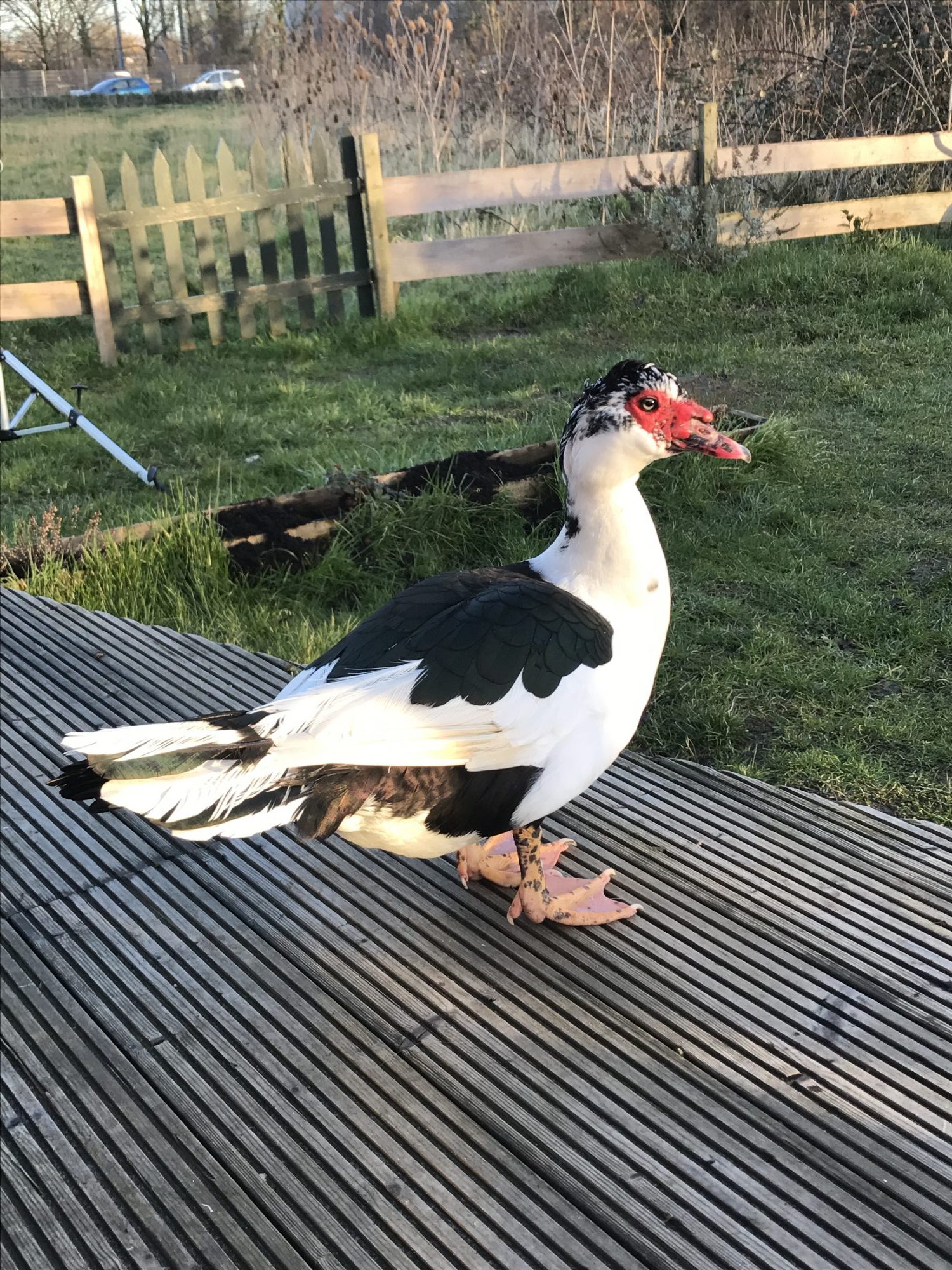 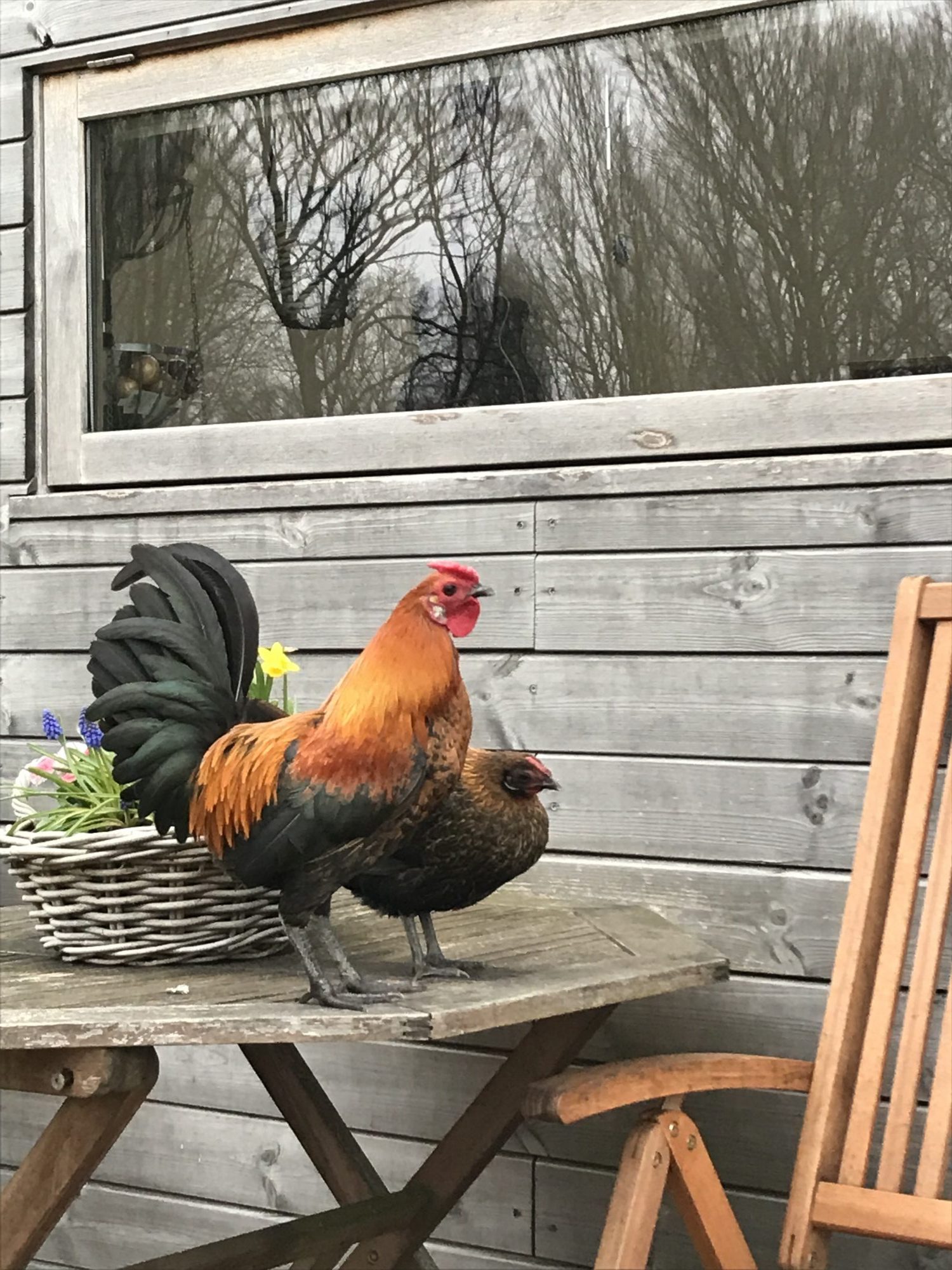 A couple of weeks ago, I woke up to crowing and what do you know? The rooster was at my doorstep. I gave him some food and let him be. After that he came by every day and he brought along the hen. I’ll be damned, I thought! Maybe the grass isn’t that green on the other side after all. I opened up the coop, threw some food in and they walked right in. I closed the door and they didn’t object at all, but made themselves comfortable. Can you believe it?

From then on, I let them roam during the day and in the afternoon I lure them back into their coop. It usually goes without much effort, when I’m not home in time they just walk back to the Earthship and sleep there. But I think they find their coop quite comfortable now, sometimes they even walk in on their own. So I have my chickens again! And without forcing them, which is the best part. All I need to do now is protect them from the pair of Muscovy Ducks. The female is broody and the male a little territorial. If I give her the chance, the female will lay an egg inside the hatchery of the chicken coop: it has happened before! The chickens aren’t pleased about that, which is understandable. It sure keeps me busy at times. Sometimes I feel like the chicken and duck keeper of Alkmaar! They can be just like children. But I love the commotion around the house. Of course Hella has to share her territory now, but I think that’s going ok. Don’t worry about Hella attacking the chickens, they can defend themselves just fine. The ducks have gained even more respect. 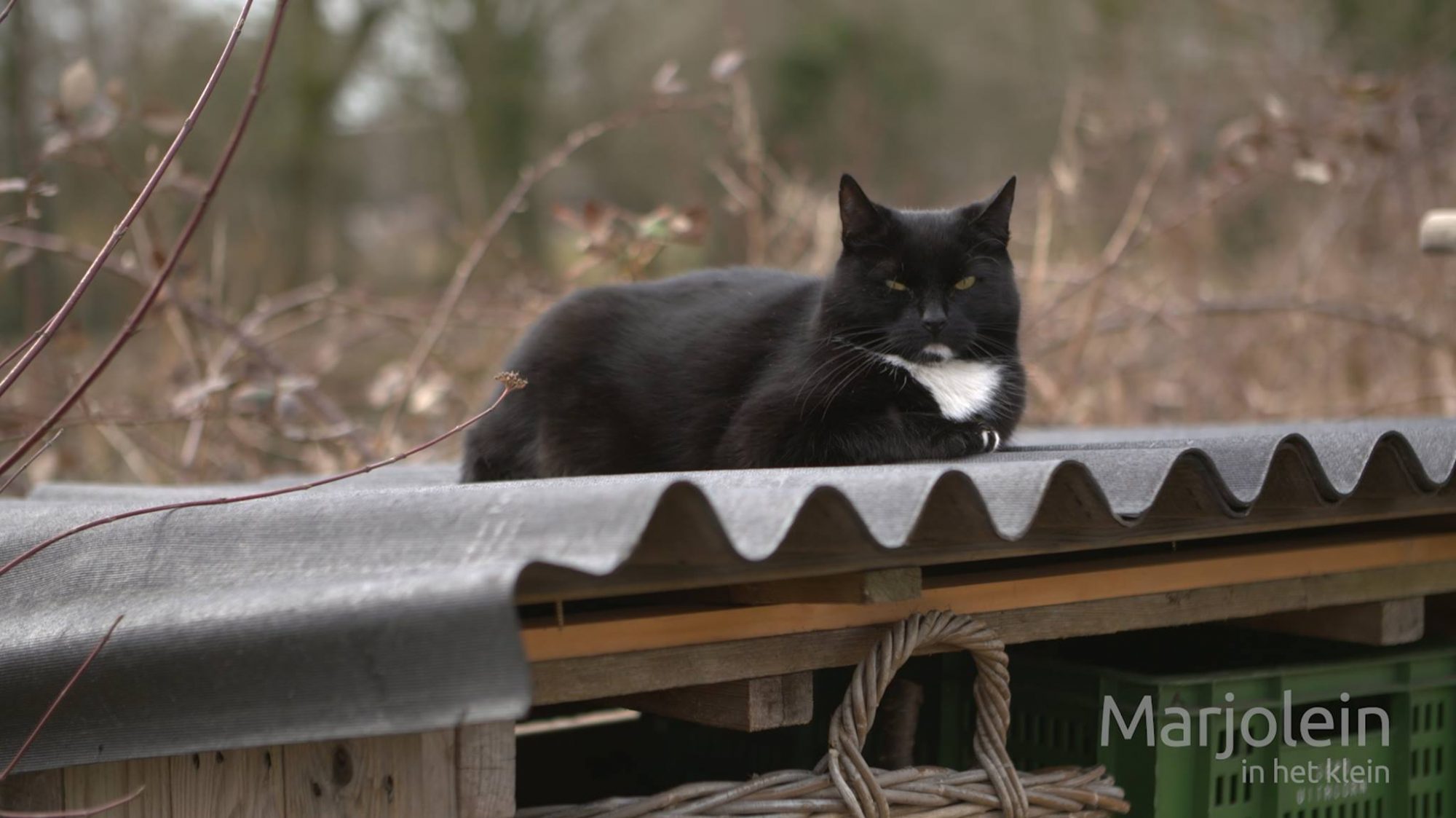 Such happiness! I really hope the winter is coming to an end so I can start working in the garden. I’m really looking forward to that! I’m already pre-sowing peppers, tomatoes and some annual flowers. I’d like to so much more but I haven’t got that much space on my windowsill;) I’m going to get a small unheated greenhouse, so the little plants can already go outside when they’re a little bigger. I’m curious to see how they’ll do and if my livestock will keep them in one peace. With a little luck, the ducks will help me protect my plants from the snails. They should do something useful instead of just pooping on my deck ;) Oh but I do like them. The female is tame, I can just pick her up and pet her. The male is a little more aggressive, but that might also be because his female is broody. It’s nice to see him being so protective. The same goes for the rooster, by the way. They’re fun animals. The chickens run around and jump on my garden table. They’ve really made themselves at home! 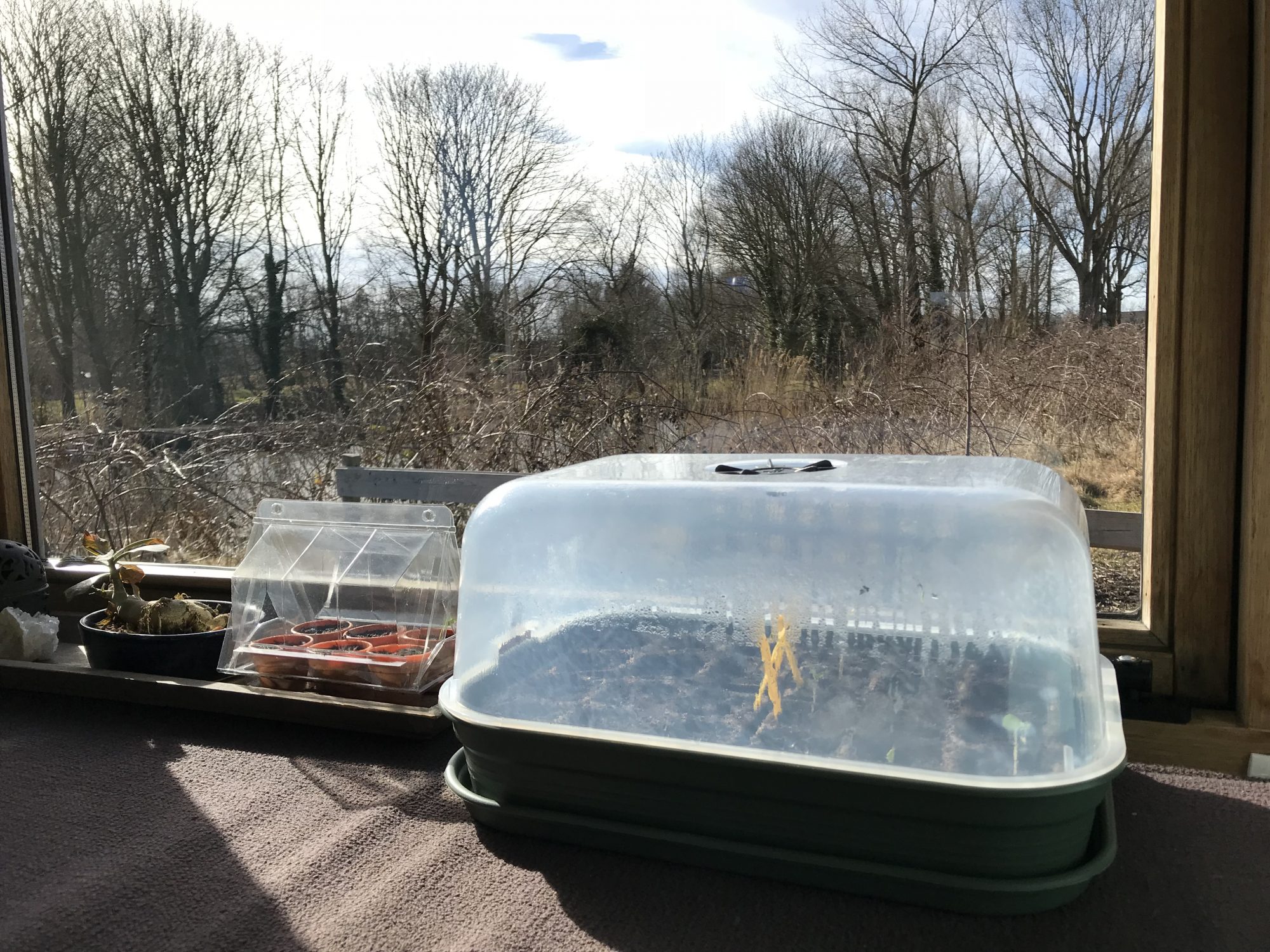 Online course: Your Tiny House – from dream to reality! I’m finally getting neighbors!