Yesterday I attended a symposium that was organised by Platform 31. The symposium was called ‘the housing cooperative is on its way’. The symposium was sold out and there was a varied program with a range of workshops and excursions. Despite the fact that it was hotter inside than outside (and it was already a very hot day!), most of the participants remained seated until the end. The enthusiasm for this kind of self-organization – creating your living environment together – is massive. Tiny Houses were also represented: I took part of the workshop ‘the housing cooperative as a movement’ for Tiny House Nederland and Tiny House Alkmaar. 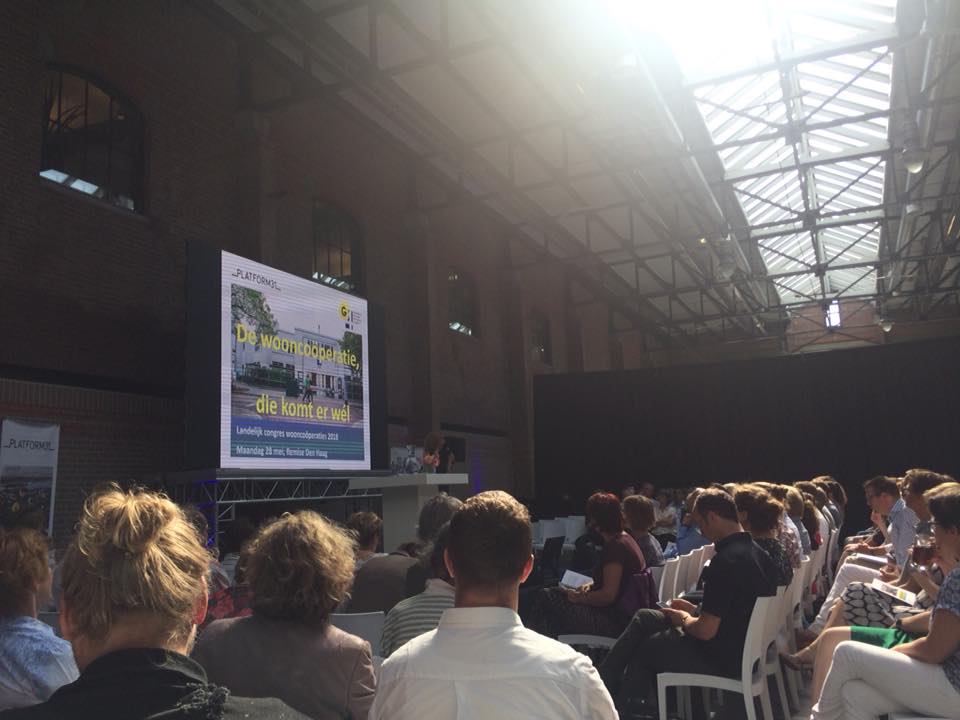 Adri Duivesteijn is the main sparkplug of the housing cooperative and it’s mostly because of him that the housing cooperative is now part of the Housing Act. Adri participated in the symposium and this man makes me so happy. In the last few decades countless numbers of monotone residential areas have been built, from unbearable vinex districts to dreadful apartment buildings. Housing corporations and project developers have mainly decided for us how we should live. There was no room for having your own ideas on how you want to live, let alone for building your own house or having your own house built. ‘We’ll decide for you how you should live, you just run along to the bank for a big ass mortgage’. My words though, not Adri’s. But I did find a lot of resonance in his story. Housing is such a basic need; how could we ever have allowed so little say in how we live? The housing cooperative allows inhabitants to take over control, to manage and/or own houses together and to create their own living environment. It focuses more on what the residents want, on diversity and on connection. 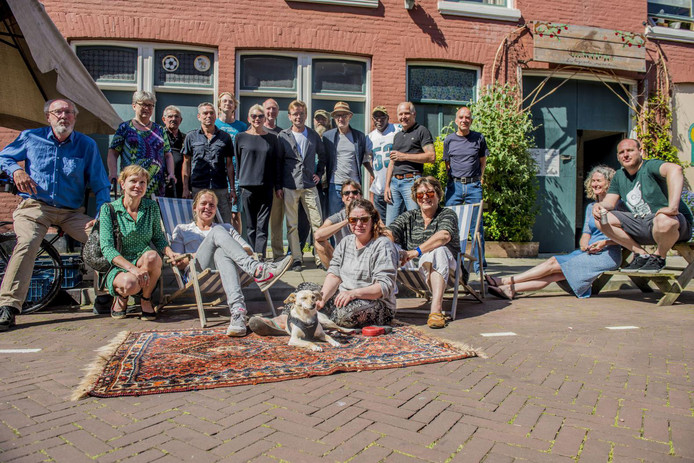 There are a number of successful housing cooperatives that, in some cases, bought a whole street and turned it into (or kept it as) a good neighborhood. Communal greens, affordable houses, custom-made. This last part is particularly important in my opinion. There’s no one single standard when you’re dealing with groups of people. By uniting in a housing cooperative, people can choose a well-thought-out shared vision on how they want their neighborhood to be. That’s how you create neighborhoods that work, are coherent and have a pleasant atmosphere.

Customized work – I love it. Also, when it comes to building, once people start to think about how they want to live, you get fantastic diversity in houses – built for the resident instead of the deep pockets of the project developer. There’s not enough of this option at the moment. Just like collective private commissioning, the housing cooperative is one of the roads that can lead to diversity and customized work. This can also mean in collaboration with housing corporations, as long as they realize that they’re dealing with a residents’ group that continues to emancipate itself, that an identity for living is becoming more and more important and that the corporation can play an important facilitating role. As a partner, not as an initiator. 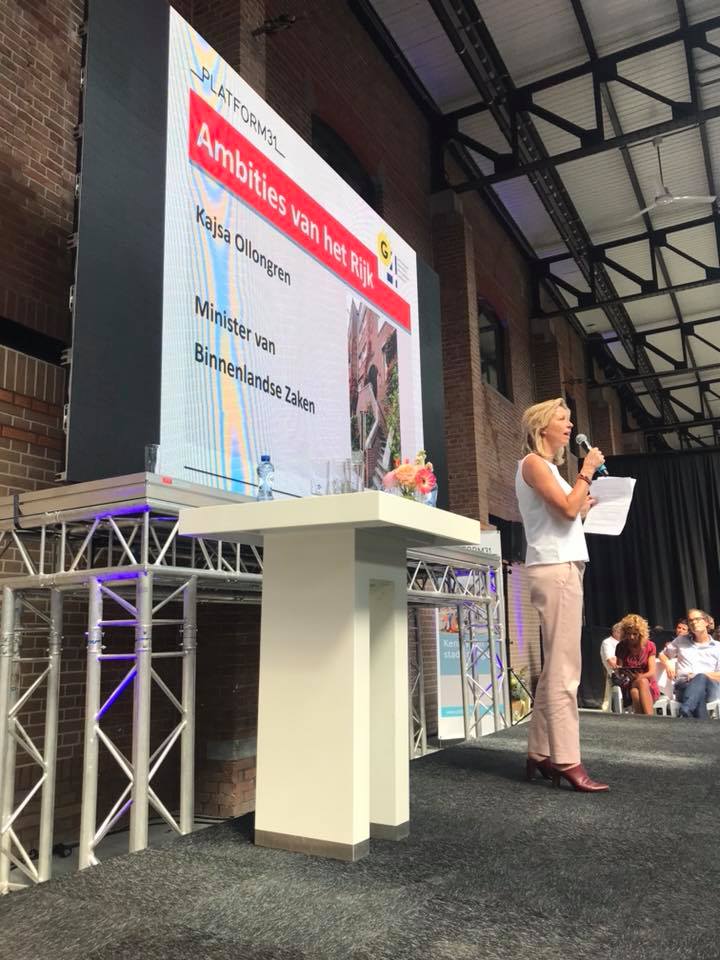 Minister Ollogren gave a speech at the end of the symposium in which she promised to provide resources for the development of housing cooperatives. Great! But I didn’t agree with one of the things she said. She said she was positive about housing cooperatives, which is a good thing of course, but she also said: ‘not because we must, but because we can and because people want to’. That’s not entirely true. Of course, people want to, but it’s also because we kind of have to. Why? Because the government is insisting on making our welfare state a participation society. That’s what they’re forcing us to do; we need to do more ourselves. I don’t think that’s a bad thing. We’ve been pampered a little and it has made us relatively passive. A more important reason why we need to ‘do it ourselves’ is that the government and corporations don’t meet our needs. That’s because economical motives have outweighed the – in my eyes – far more important values. Values that revolve around happiness, play, community, harmony with nature, working together, looking out for each other, the wellbeing of man and the planet. The ecological aspect wasn’t even mentioned during the symposium and for me that’s a big miss, to be honest. I’m convinced that the only way we can create healthy living environments is when we consider that the wellbeing of the land is just as important as the wellbeing of the people. We’re part of the land, we can’t exist without it.

But still, the symposium left me hopeful, because I met so many people who are actively working towards a better society where everyone does ok. Housing cooperatives and other bottom-up initiatives where people combine forces to deal with a problem they’re faced with, reinforcing each other in a positive way, are emerging like crazy. It’s all gathering momentum. Little creeks that find their way around the rocks. I hope that one day they’ll come together and generate a mighty river that will break the dam of the old world system and create the seeds for our new world to flourish. I expect it will happen.