For those who have been following my blog for some time, Elvis the musk duck is no stranger. He arrived spontaneously about two years ago and never left. He was allowed to go wherever he wanted, I gave him food and he had the chickens for company, so I think that his life was pleasant and easy for him. But unfortunately, of late, he had become increasingly dominant and aggressive towards the chickens. It became so bad that I had to make a difficult decision. And so it was that last Sunday I took Elvis to his new home, where he has a heavenly place until he flies off to the eternal fields. 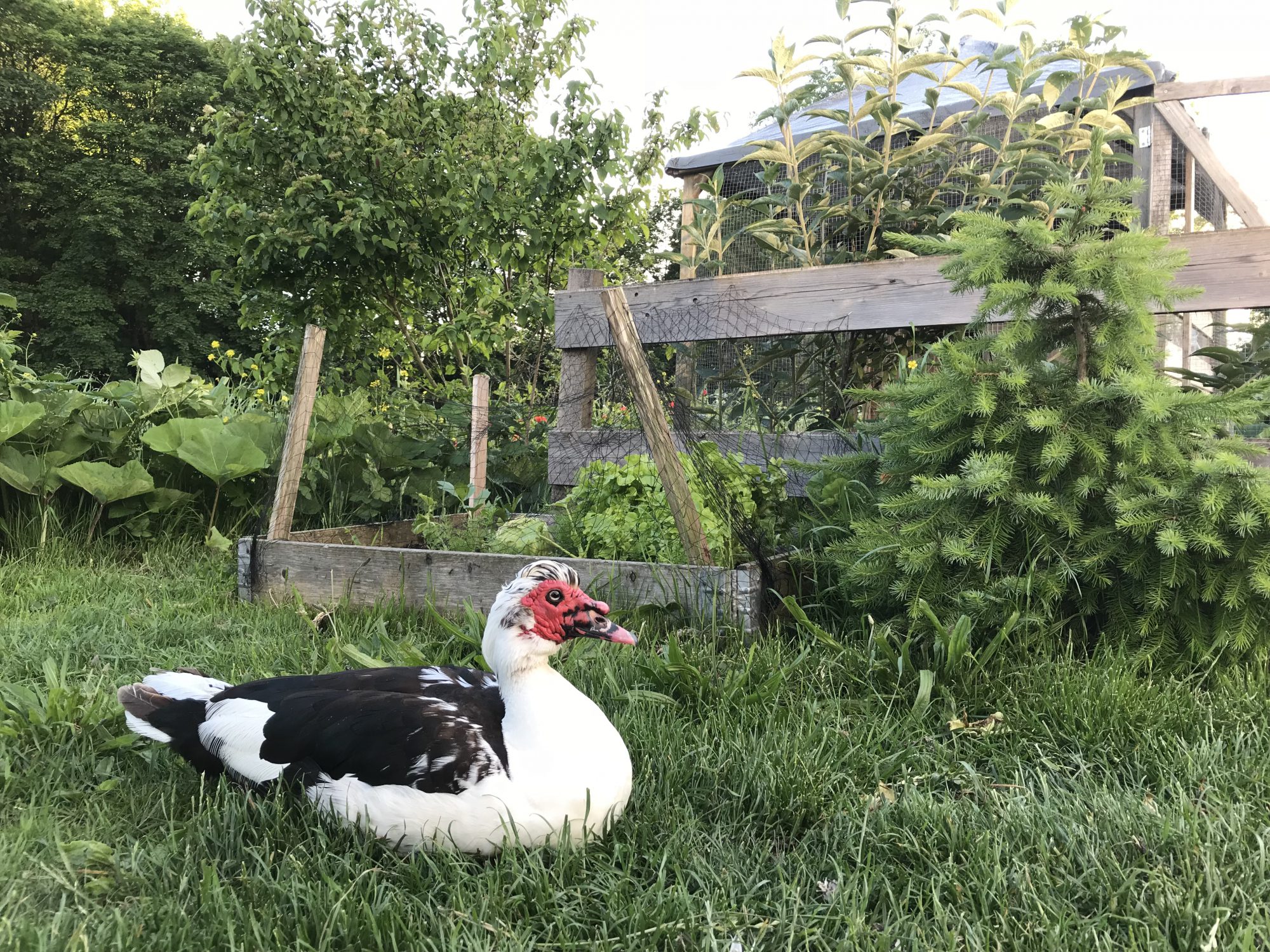 Elvis originally had two female ducks accompanying him when he came to me. They have disappeared one by one. Whether they were hit by a car or caught by a predator, I don’t know. So, since the middle of last year, only Elvis remained and he took to hanging out with my chickens more often. The “gang” roamed the grounds. It was quite a funny sight; they went well together. But a drake alone is not natural, and Elvis started to behave more and more like a chicken. He almost never swam any more and he started to become more aggressive towards the chickens. In particular, Goldie the rooster had to suffer his moods; Elvis was constantly chasing him. When he also tried to jump my poor Brahma chicken Bettie, I knew that something had to give. Elvis needs one or more female ducks! I considered looking for a couple of females for him, but that would mean that I would have to make a fence so that they could not fly away in the early days following their arrival. This would be a hassle, but also it would mean more “buildings” around the house. Even if only temporary, it would not be desirable for various reasons. After much consideration, I decided to look for a new place for Elvis. It was very hard on me. I suspect that Elvis has roamed around quite a lot in his life and he does not trust people very much. And I had actually promised him that I would never send him away and that he would always have a place with me. Ouch! 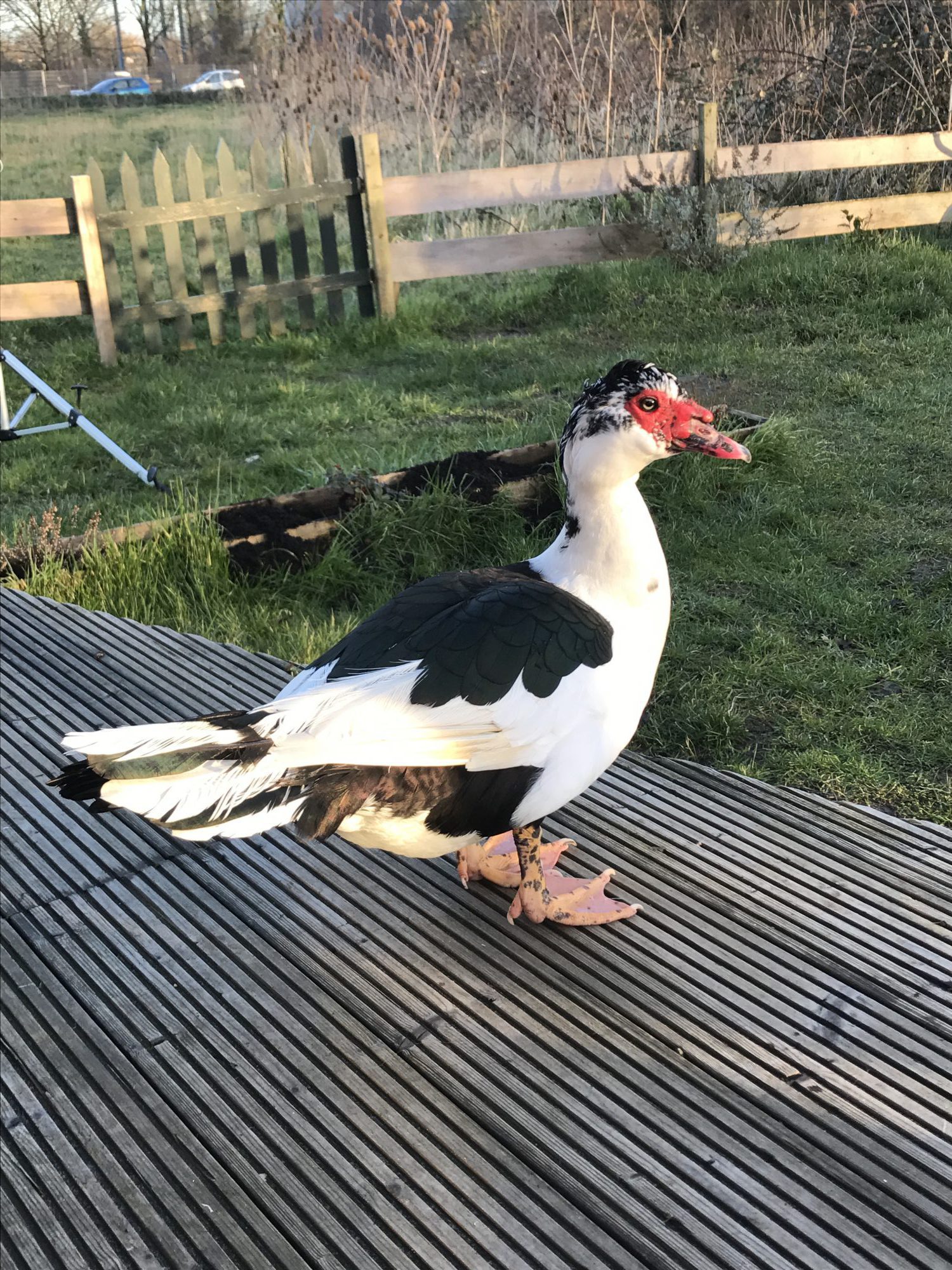 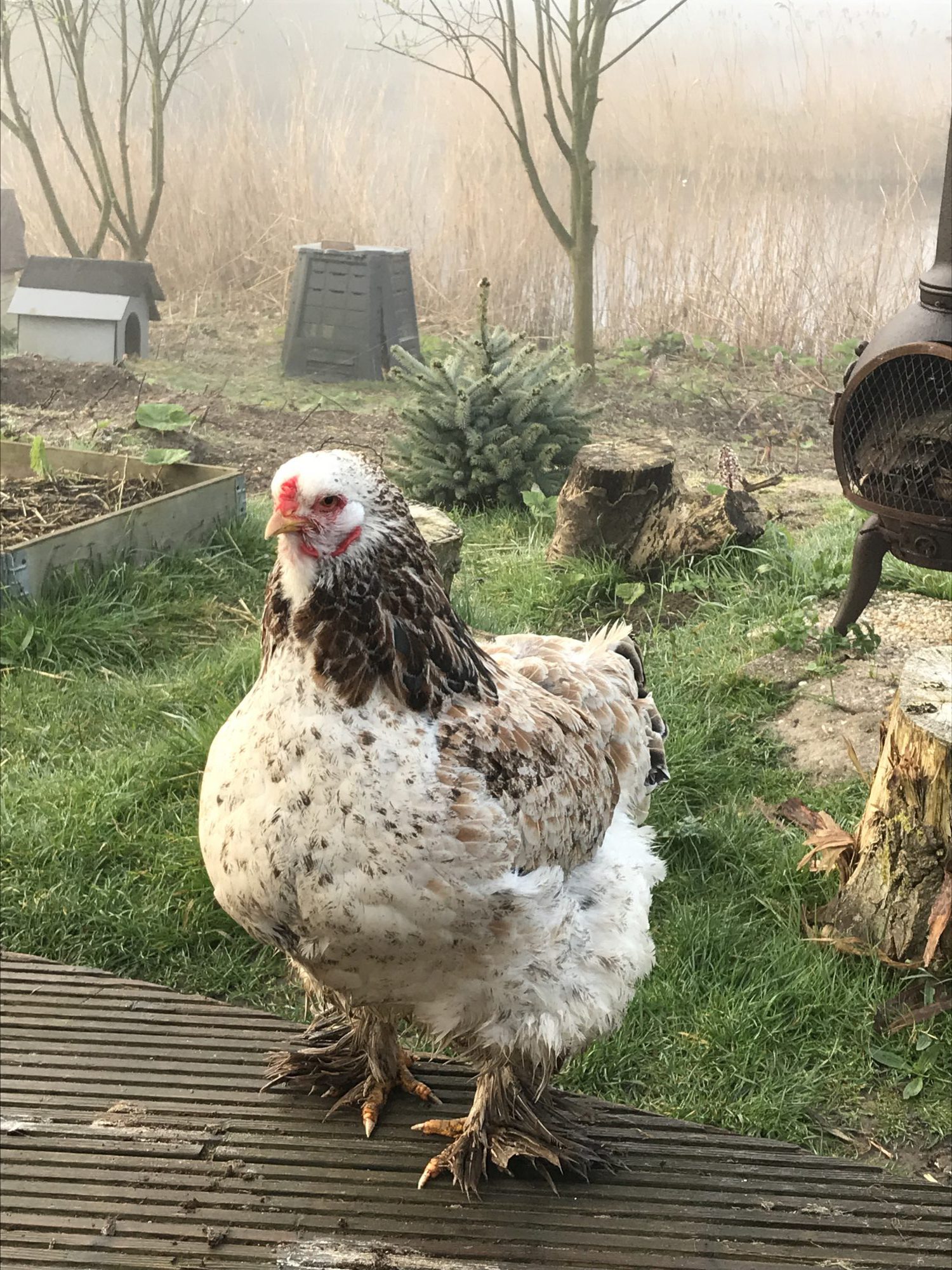 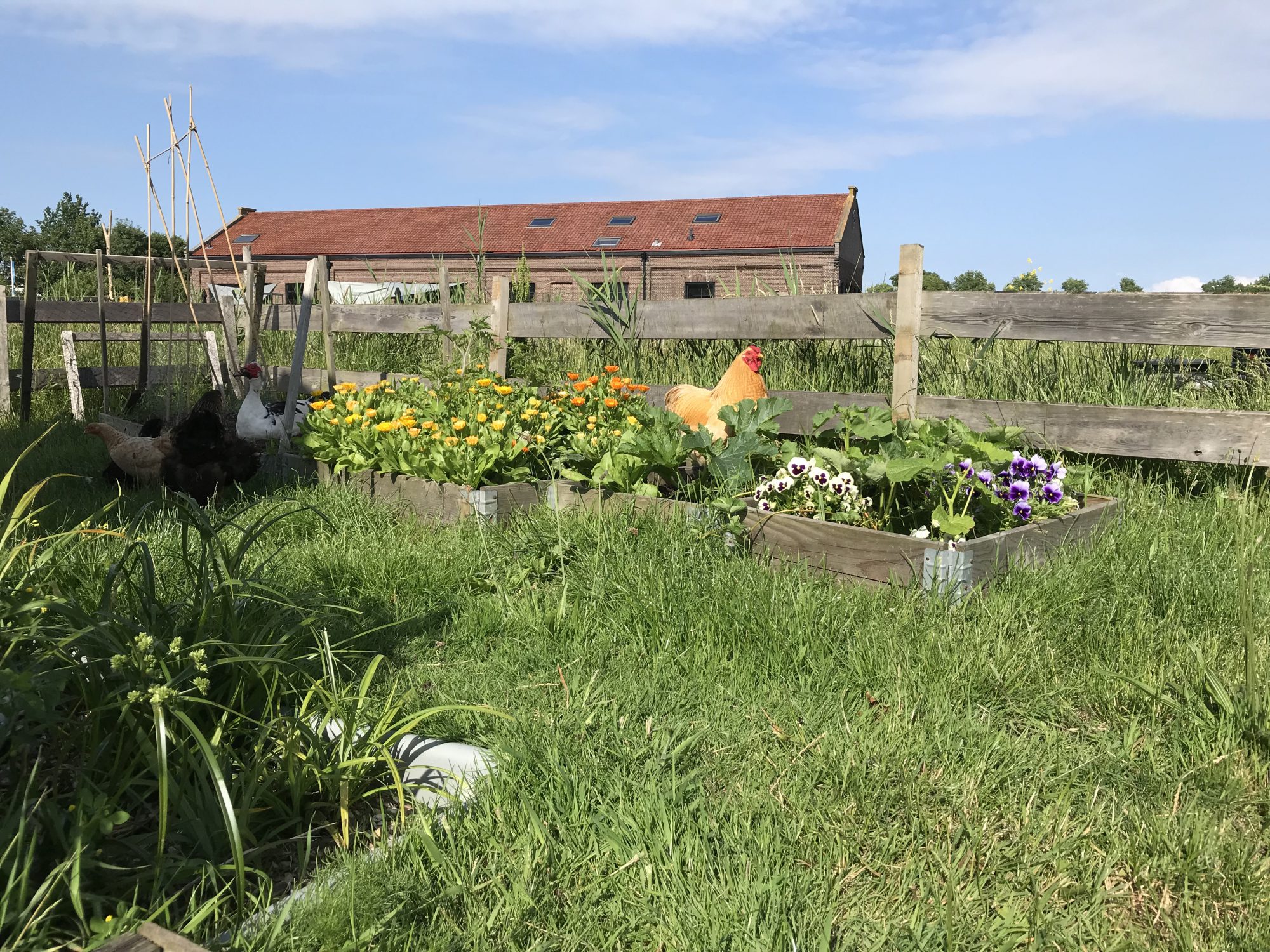 But this was no fun for anyone. Not for Elvis, not for the chickens, and not for me. I had to chase him away each time he was after Goldie again or whenever he tried to jump Bettie and that was so sad. So last week I made the decision and placed a call on Facebook to find a new, better home for Elvis. I found it with the help of Lucienne who follows my page. She knew a very nice place with acquaintances in Zoeterwoude. That spot turned out to be a hit! I called owner Menno and yes, Elvis was welcome. He would have a space of no less than a square kilometer, two female musk ducks who had no male company as of yet, food every day, and also a covered place if he so desired. Protection against foxes was also mentioned. It sounded fantastic!

I was to take Elvis on Tuesday, but a nasty cold and traffic jams from the striking farmers, cast a spanner in the works. Then on the Sunday morning, I almost couldn’t catch him; it was as if he immediately realized what I was up to. Two attempts to grab him resulted in Elvis flying away.  There was only one chance of catching him that day. If he went into the chicken coop, I could close the door and I would have him. Small chance… But yes, a moment later I looked out of the window and saw him sitting in the chicken coop. I ran outside to quickly close the door. Yes! Duck in the pocket! Hella’s cat travel basket was big enough for this hefty drake and I got him in pretty easily. Off to Zoeterwoude! Poor Elvis… Nevertheless, he kept quite calm in that travel basket during the trip. 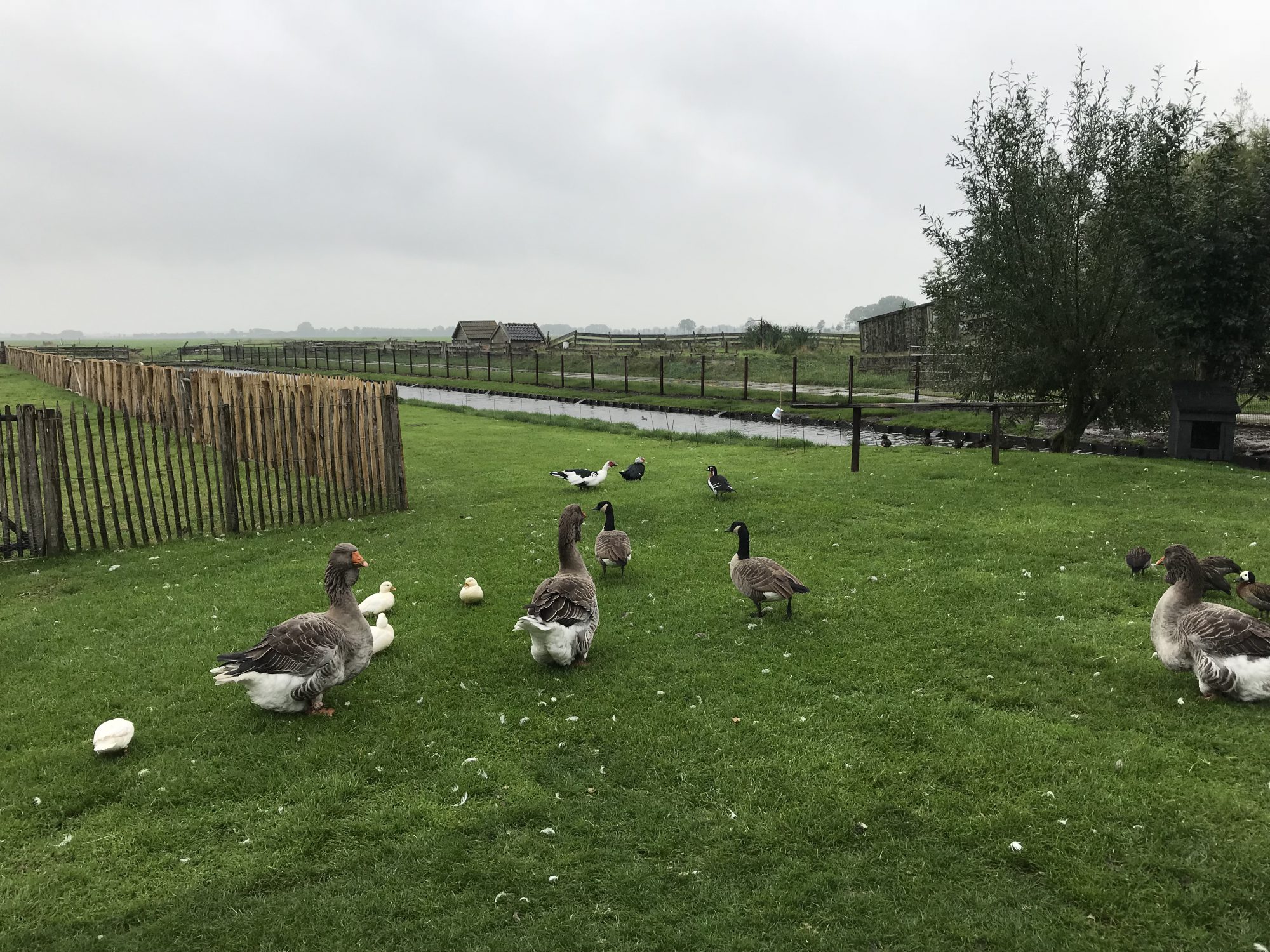 Once we arrived, Menno showed me his paradise. What a fantastic place! Elvis really is a winner here. So much space, well protected against foxes and a selection of feathered friends in all shapes and sizes. From a breeding pair of black swans to… yes, two female musk ducks that were still without a man. We freed Elvis from his travel basket and without hesitation he waddled towards one of the females – as if he had been there for years. He was immediately in his element, busy wagging his tail… Oh what a beautiful sight! Menno told me a lot about all his ducks and geese, and I felt that he was someone who takes very good care of his animals. I was able to leave Elvis with confidence, knowing that he will have a wonderful home there until the end of his days. What a relief!

When I arrived home, Menno sent me another video from Elvis, with the words: “We’re going to give Elvis a good life!” My chickens were a lot more relaxed now too. Still, I miss him… But I know he’s in a good place and that’s reassuring. All’s well that ends well. Thank you, Lucienne and Menno! <3

Space for diversity and customization Book tips for overcast days