I see more and more publications from municipalities that want to create space for Tiny House projects. So, you probably think: ‘isn’t that great?’ Well, yes and no. Because the way they want to create these projects is the old-fashioned way that has nothing to do with freedom of choice. It will provide neighborhoods with only one type of series-produced houses that are not sustainable, not affordable and certainly do not allow the residents to choose how they want to live. All this under the guise of a housing shortage and they call it: Tiny Houses. But that is not what they are from my point of view. 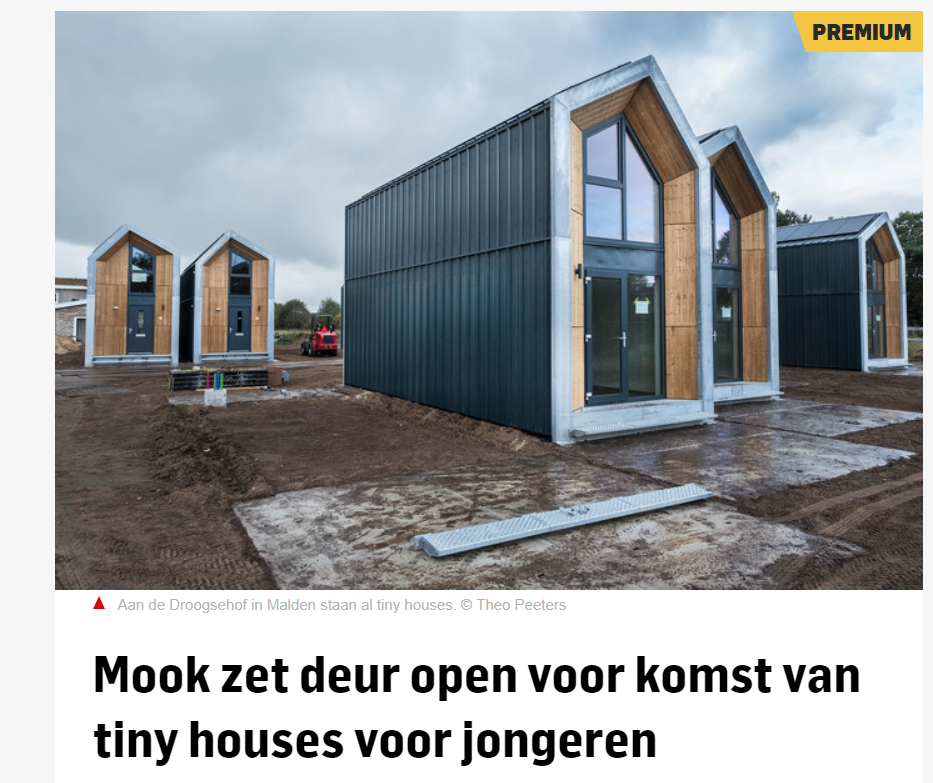 To be honest, this worries me. Of course, it is positive that many more small houses are appearing in the social housing category. There is an increase in small households and there are not enough suitable houses for them, so that really is a good thing. But the Tiny House movement is about much more than just having a small house. It is about a conscious choice for a certain lifestyle. Being able to make a conscious choice about how you want to organize your life, and about what you need when it comes to residing. Being able to form your residential area, including the house, yourself so that you have exactly what you need and nothing more. What is lacking in the current housing policy is land for these projects. Locations where people are allowed to build and inhabit their own Tiny House. Whether they build it themselves or choose a small house that makes them happy which someone else has built for them, the point is that they have that freedom of choice. In short: DIY plots. For people like Joris and Anneloes: 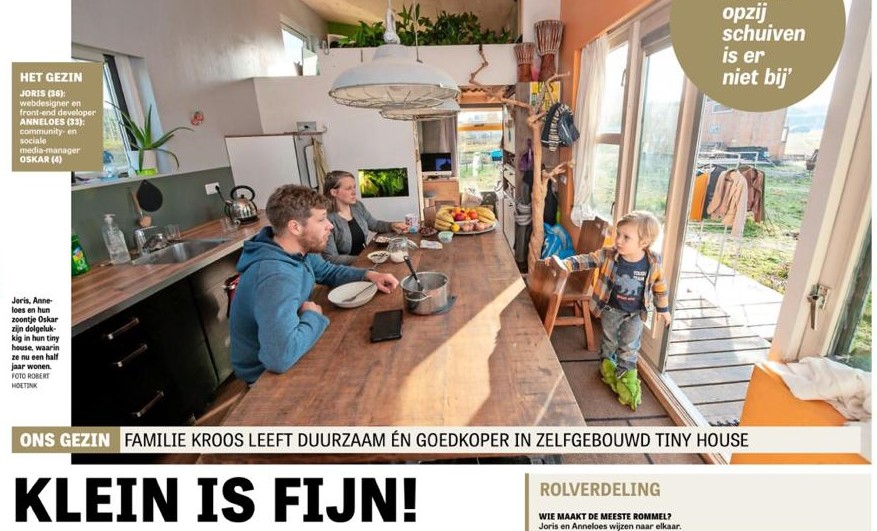 Municipalities such as Mook, Wijchen, Renesse, Schouwen-Duiveland and many others now want to make room for that other form of Tiny House or small living, for limited target groups and to combat the housing shortage. As a rule, this means that people who really want to choose a Tiny House based on the Tiny House philosophy will not be given any space. Municipalities find it a lot more difficult to deal with private individuals and citizens’ initiatives than with project developers and housing associations. The latter know the language within the municipality and the steps that need to be taken and therefore take a lot of work off the hands of officials. The first group does not know the method and language and there is often a lot of turnover among the members in initiative groups because people drop out. The processes take far too long and people lose courage and hope, so they opt for another and existing form of housing. That is a shame but also understandable. It requires quite a lot of willpower and endurance to lead such an initiative group or participate in it, in addition to your work, family and hobbies.

But, dear readers, if we are not going to make a firm stand for how we want to live, for the right to shape our living environment and to be heard, then in a few years we will have only prefab vinex neighborhoods with Heijmans One-type houses: where residents can live for up to two years before they must move on again; where you aren’t allowed to do so much as hammer a nail into the wall to hang up a picture; where you can live with housing benefit (don’t get me started about how absurd that is, that housing benefit would be needed for Tiny Houses). Municipalities look at each other and copy each other. There will still be a real Tiny House housing project as a citizens’ initiative here and there, but these will be exceptions to the rule. I would find it terrible if that happened. It would mean that the old system world has beaten a fresh, bottom-up movement that strives with heart and soul for a society that is more balanced. Expertly terminated by the established order and the construction lobby. Tell me we won’t let that happen, please? 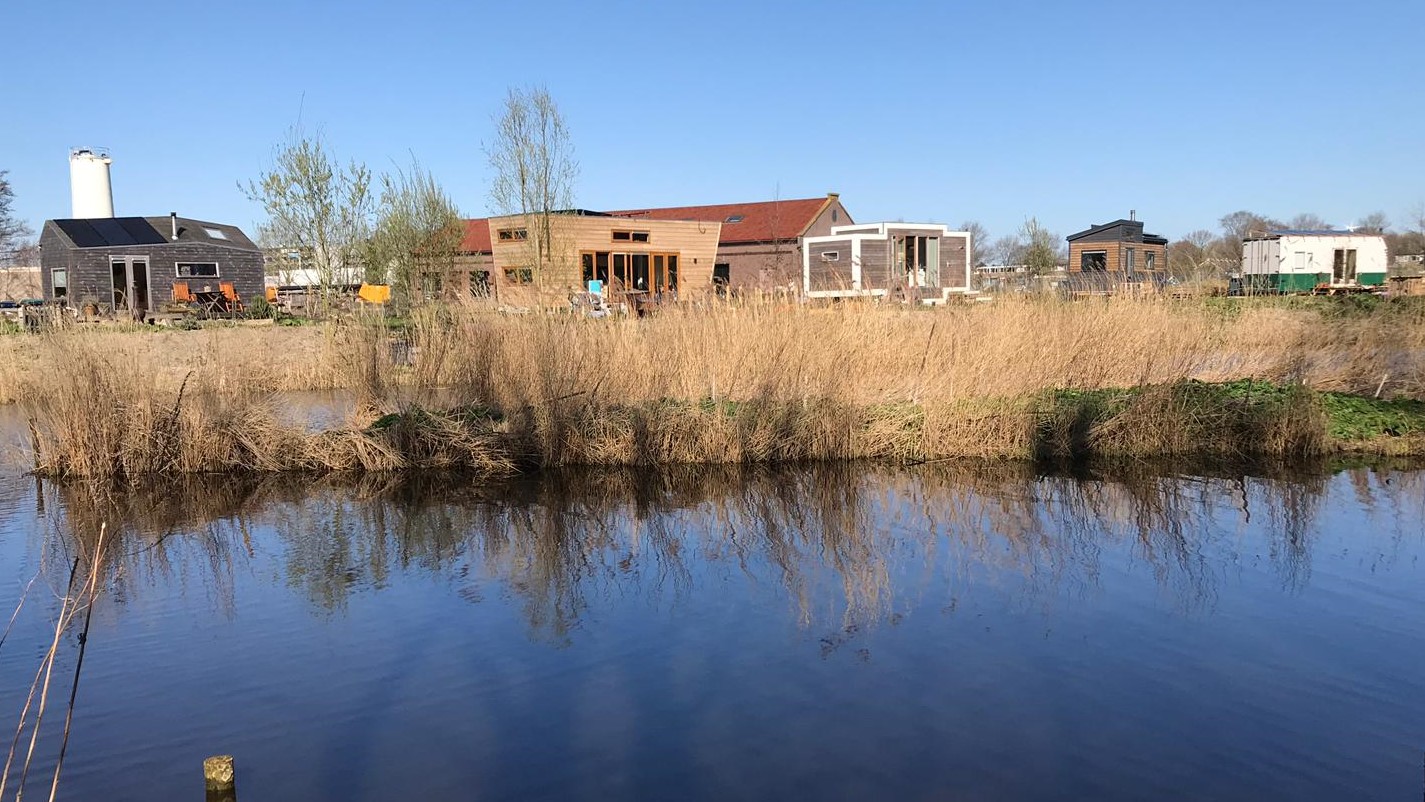 I don’t want to hear anyone saying that “you aren’t allowed to live in Tiny Houses anywhere.” Really, if you are not active in a Tiny House initiative group, you have no right to speak. Don’t sit on the couch and complain, get started. And if you have some time left, become a volunteer at the Tiny House Netherlands foundation or at least become a sponsor. That option will be available when the new website goes live. We are aiming for a launch before Christmas, but we are only a group of volunteers, so forgive us if it is a little later.

Fortunately, active initiative groups are working hard to realize more, real Tiny House residential projects. Fortunately, there are also municipalities and housing corporations that do get it. They create Tiny House projects together with the future residents and in the spirit of the Tiny House movement. A tribute to all these people, to these pioneers! They fight for the right to live the way we want. They deserve pioneer money. What if our government and provinces made some money available for that, out of those millions that are being invested in the housing market?