There are so many things so terribly wrong at the moment, I am torn between two mindsets. Part of me feels it is my duty to keep me well informed about these intolerable situations and to inform other people who are not yet aware of them. But that gives me a lot of frustration. And it just makes me angry as hell. Another part of me feels that it is not good to let myself be sucked into that negativism and that it is better to focus on finding inner peace and on the positive developments that are also going on. How do you find a balance between the two?

Because it is not a black and white story. If you choose only one of these two you ignore an important part of the story with potentially major consequences. If our ancestors had not stood up to various injustices, what would the world have been like today? We have a responsibility to ourselves and others to expose abuses. But if you don’t take good care of yourself and don’t think about how the world could be a better, fairer place, well .. It doesn’t make you a happier person and I even suspect that it would make you ill. Moreover, we will not get past this perfect storm if we only look at what is wrong without imagining how it could be right.

The right way for me (I can only speak for myself) is not to turn away from what’s going on in the world, but to focus on the positive developments that are going on as well. A major power grab going on and our rights as free people are so endangered that it is irresponsible not to stand up to it. But of course that can be done in different ways. Protests are one of them. Another is to envision the world as you think it should look and propagate it. Without the latter, an image of a world in harmony, we will never get there. First an image, a vision, a story, then a step-by-step plan how to get there and then we need to start taking steps. 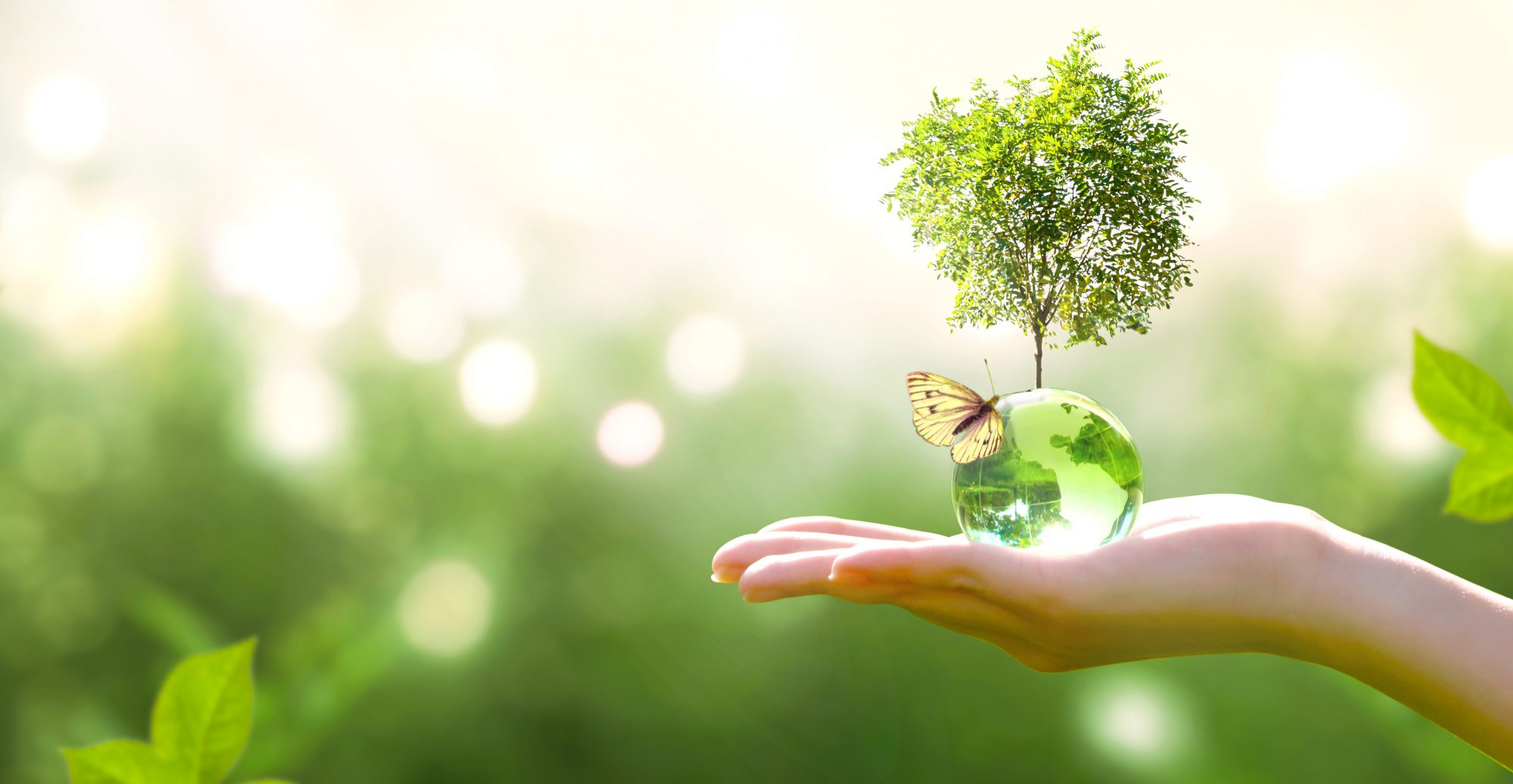 In my ideal world, mankind and nature are in balance. We don’t take more than we need and we take good care of the earth. Because we do not own it, instead it is a gift that we have to pass on again. You take good care of a gift, right? I strongly believe in local communities and systems. Perhaps the greatest problem today is that the people who make the biggest decisions can no longer see the consequences of those decisions because stand too far from the people that are affected by the consequences. There really are things we can organize globally, but by no means everything. Localization is the only way to a fair and healthy society and a flourishing planet.

For some time now I have been following a number of wise, strong and inspiring people who share this vision with me. Among them are Helena Nordberg-Hodge, Vandana Shiva and Charles Eisenstein. I recently attended a webinar by Helena that once again inspired me so much, you can watch it here. According to Helena, we should focus less on the values and more on the structures, that’s where things go wrong. People, including CEOs of multinationals, really want to do the right thing. But they are stuck in structures that don’t work. Helena organizes “WORLD LOCALIZATION DAY” on Sunday 21 June, a world-changing program of inspiring talks, interviews, films, humour and music. Much to my delight, many of my heroes are participating! 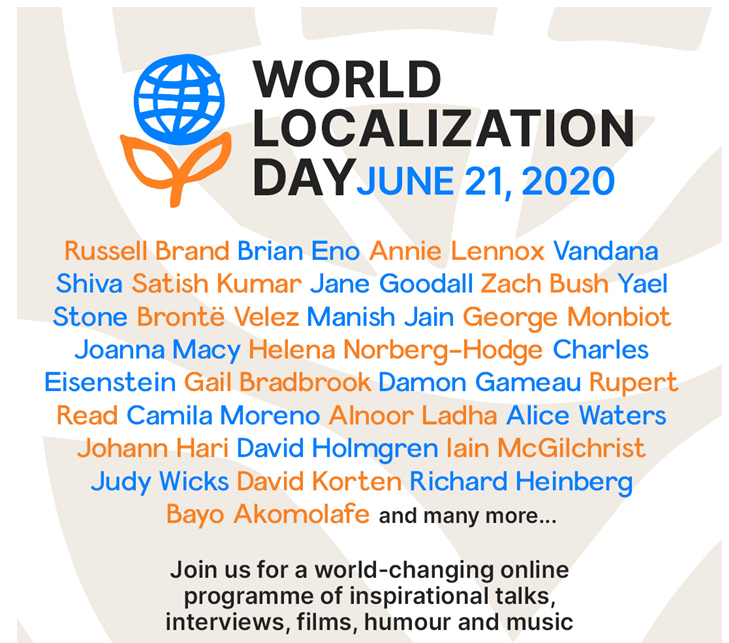 Localization is about supporting local shops, local farms and farmers’ markets, local businesses. It’s about keeping money within the community. It’s about investing in the place where you live – financially, emotionally, practically. It’s about building on the resources of the area, both human and natural, and living within ecological limits. It’s not about eliminating international trade, but about reducing the power of unaccountable corporations. And it’s about pressing for policy change: to shift taxes, subsidies and regulations that currently favour a small number of global giants to support instead a multitude of businesses and industries.

This is what we need. It starts with getting properly informed. Will you join me?

It’s clear that there’s no “back to normal”

So what comes next?

A new human story founded on the principles of connection and diversity is emerging.