I don’t want to let myself be guided by negativity. I believe one can achieve so much more with a positive attitude, and it will make you a happier person. But unfortunately, negativity finds its way into my life as well and I have to find a way to deal with it. And it gets to me, I’m quite sensitive to it. There are people out there that are very critical of me, that think everything comes easy for me and that I don’t do a very good job. Though I know I have absolutely no reason to explain myself, I still feel the need to do so. You see, things aren’t all that easy for me and I’m on my own most of the time. So here it is, a little peek into my life at this moment. Have a look and see if you would like to trade places, once you’ve read this.

I had to overcome quite some challenges in my life in order to get where I am today. For starters, I have been walking in and out of hospitals since the age of seven due to a condition that’s called ‘panhypopituarism’. Go ahead and Google it. That condition caused me to never feel connected to kids my age when I was younger, and made me feel like I was on the outside looking in. I struggled with being overweight, felt ugly and never good enough. The latter still is a tiny issue. I’ve had a dozen jobs and nothing could hold my interest for very long. I searched for that which makes me happy and where I belonged, and eventually found it in the Tiny House movement.

I took a leap of faith to trade in my safe life for a big adventure, the realization of my own Tiny dreamhouse. At that time you couldn’t find anything online about Tiny Houses in the Netherlands and there weren’t any people around with experience or knowledge about how to build such a house, so I had a lot of research to do. Thankfully I met some wonderful people on the way that helped me do this, like the team from Walden, Dimka Wentzel and generous sponsors. Even so, the decisions were up to me and there were many, many of them. You can read all about it in the blogs that I wrote. 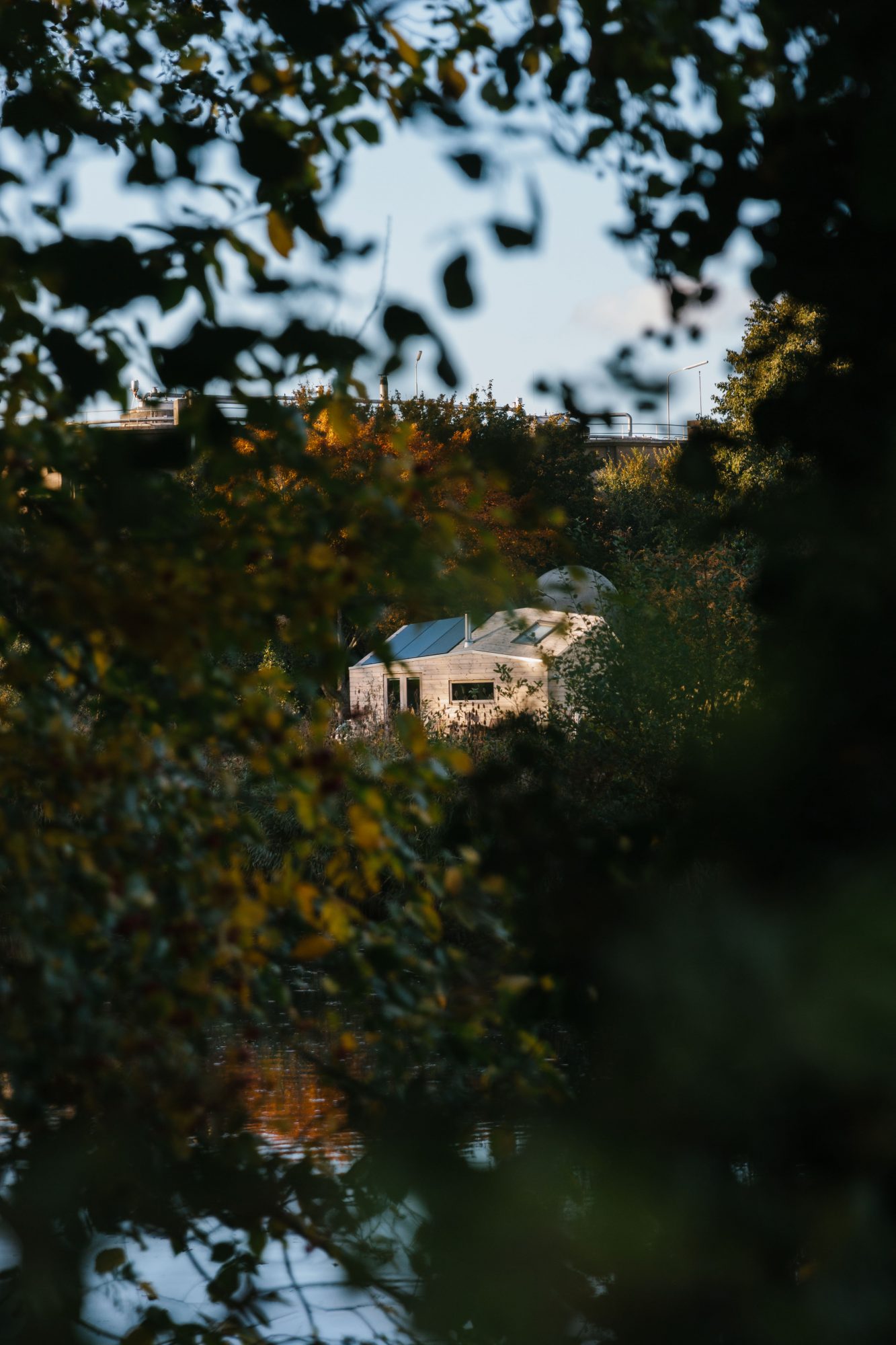 I adopted the role of ambassador for the Tiny House movement in the Netherlands because I believe to the core of my being in this different way of living, in the philosophy behind it. I dream of a better world and I believe this movement brings it a step closer. By being an ambassador I have put myself out there. We have a Dutch saying, literally translated it says: when you stick your head above the mowing field, it gets cut off. Which means as much as: when you stand out from the crowd, you get targeted. I have rarely sought out the media but did grab the opportunities that came my way, to put the Tiny House movement in the spotlight. I believe that has helped the movement grow so rapidly here in the Netherlands. I am happy that others have joined me who can take over a bit, though there is a small part of me that is afraid of falling behind and not being needed anymore. I’m only human.

I have put a lot of effort into finding a spot to park my house and live in it. I gathered a group of people around me to file a pilot project plan at the city council of Bergen, which proofed to be unfeasible at that time. I found people willing to let me park my house on their terrain, but when the media attention rose like crazy that was no longer an option either. Together with Monique I travelled all over the country, giving lectures about Tiny Houses to spread the word and inform people, and by doing so got the chance to create a place for Tiny Houses here in Alkmaar, together with the people from the Gasfabriek. It wasn’t until four days before the build of my house was finished, that I received permission to live here in my house. And only for one month at that.

With my input, Claire from the Gasfabriek filed a project plan for a pilot with several Tiny Houses on the plot of land that I’m on, for which we received a permit this January. A lot of negotiations preceded that, it didn’t come easy. Next we received an objection to the pilot from the neighbours, the sewerage treatment plant. At this moment I’m waiting on the outcome of the objection procedure. I feel the pressure of 370+ people that applied for a spot in the project, of which 38 people were sincerely interested and ready to join. The cooperation with all the different parties involved is not exactly a walk in the park. I can’t tell you all that is going on, but it’s always more complicated than you think.

In the meantime, I have been living here for almost a year now and people think I’ve got it made. I do feel blessed, but it doesn’t come easy. For example, we didn’t have much rain the last couple of weeks and my water tank is almost dry. I can’t shower or do the laundry at home at the moment. I’m unsure of how things will proceed with the project here, it could very well be that I have to move all of a sudden. I really would love to have neighbours and the Netherlands is watching me and wondering when that is going to happen. Some people might wonder whether or not I do enough to make that happen. It’s not up to me people, otherwise it would have happened already. 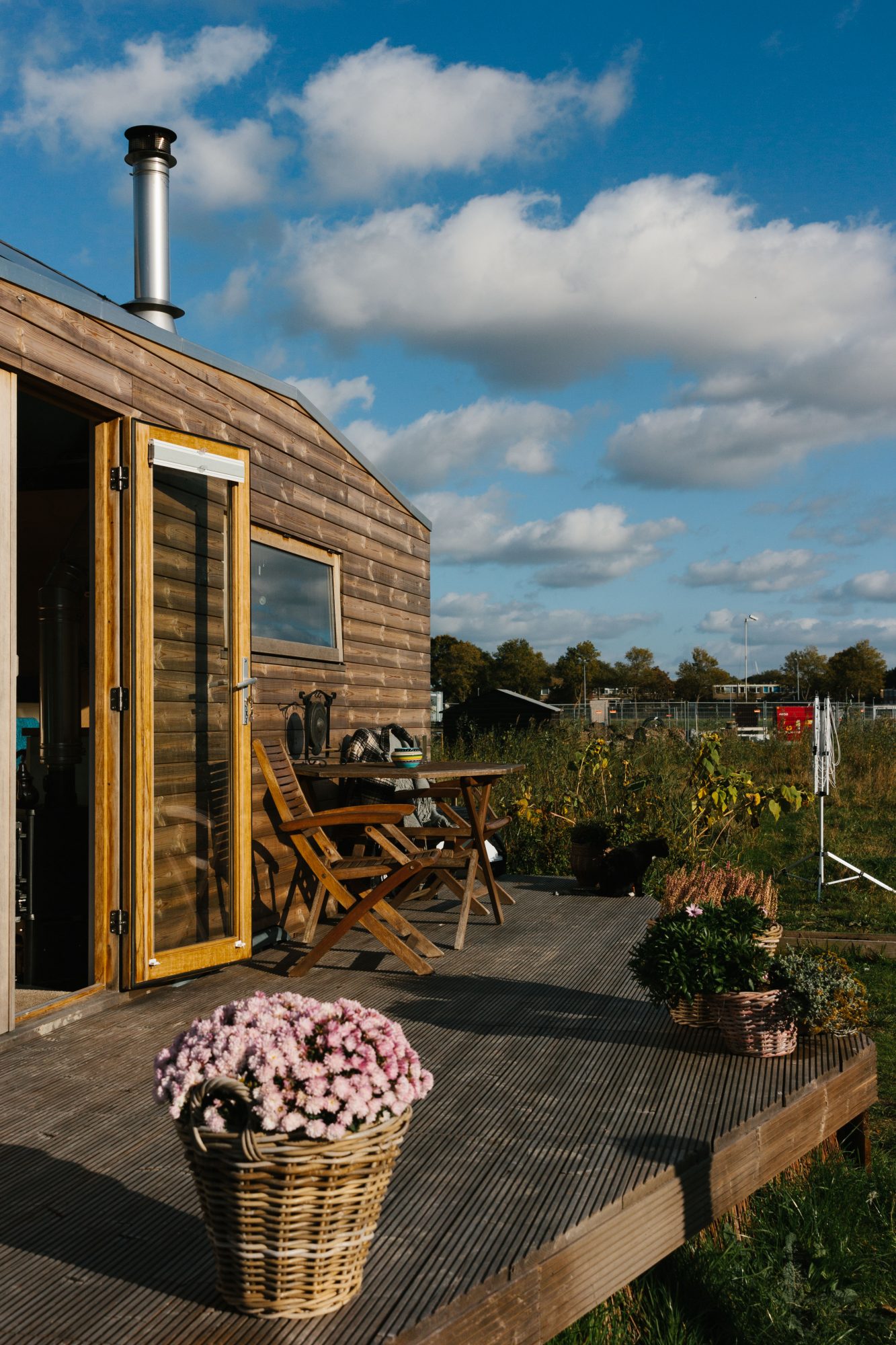 Last November I became a fulltime independent entrepreneur, so I could invest all my time and energy into the Tiny House movement. Earning your living in a work environment where budgets are tight or non-existent and where many people expect you to work for free because ‘it’s based on idealism?’ is not easy, I can tell you that.  The work I do for Tiny House Nederland is 95% for free, I do it with love. I find it difficult to ask for money for my services. There is a voice inside my head that whispers: ‘who am I to charge people money, really?’ that I can sometimes shut up, other times not so easily. I love being independent but am also anxious to see if I can get enough paid assignments to pay the bills each month. The payments for my house will go on for four years yet, and I have to pay a little rent for the land I’m on, so I’m not living for free, by far. Nobody is telling me how to do this, start and manage a company. I have to figure it out myself. Though I have asked for, and been given advice and tips. Up till now things are going relatively well and I’m not shy to say I’m a little proud of myself.

I work very hard and after that I hardly have any energy left for social activities. So, I tell people that a Tiny House moves your focus from stuff to social connections, and then I sit in my house all day and sometimes see nobody for the entire day. Can you spot the discrepancy? I feel that I’m a terrible friend and that some of my friends feel alienated from me because my life has turned in such a different direction. I often work behind my laptop all day, and in the evening use it again for gaming, a habit that snuck back into my life and helps me relax. The cold weather that we’ve had lately might play a part, when the weather becomes warmer again I think I will spent more time outdoors again. I smoke, drink energy drinks and sometimes take the car for grocery shopping when I could have used my bicycle instead. Nice and green, right? It makes me feel guilty. But why, really? I never claimed to be or strived to be the greenest person on Earth. I do what I can and what fits me. I have a lot to learn and do so on a daily basis. I initially thought that when my house would be done and I would be living in it, that I was going to be able to kick those addictions. Unfortunately, nope. Perhaps I will never be able to, but we can’t predict the future. My life at this point is not balanced enough for me to smack these pesky little devils from my shoulder.

Well, that became a pretty lengthy blog, and it’s only the tip of the iceberg really. But you don’t have to know everything that is going on in my life. What I’m trying to say is this: the grass always looks greener on the other side and social media platforms like Facebook and Instagram often give a distorted view on other people’s lives, which makes us think they have it so much better. Regardless of all the above I have a pretty good life and I wouldn’t trade it back for the life I had before I decided to take the plunge and have my own Tiny House built. It isn’t perfect, but neither am I. I have a lot to learn. To let in love for example. I think I’m quite strong, to be honest, but that is also my pitfall. Because people don’t see that I’m also a very sensitive person and critics can hit me pretty darn hard. Sometimes they don’t, at times I can be evolved enough to think ‘haters be like..’ and don’t waste another thought on it. There are people out there with zero empathy and the internet is full of trolls. I can miss those like a bad toothache in my life. I do my best with the knowledge and skills I possess at this point in my life, that’s the best I can do. I keep learning and in a years’ time I might do things differently. It’s so easy to pass judgement, but to feel empathy for someone else, to think about what makes them say or act the way they do, is so much more rewarding. It gives you self-knowledge for example. Thankfully, the majority of the people in my life and the core of the Tiny House community are decent, warm, helpful, sweet, fun and amazing people and I’m proud to be a part of their circle. For the others? Take a walk in my shoes and see how you like it ???? 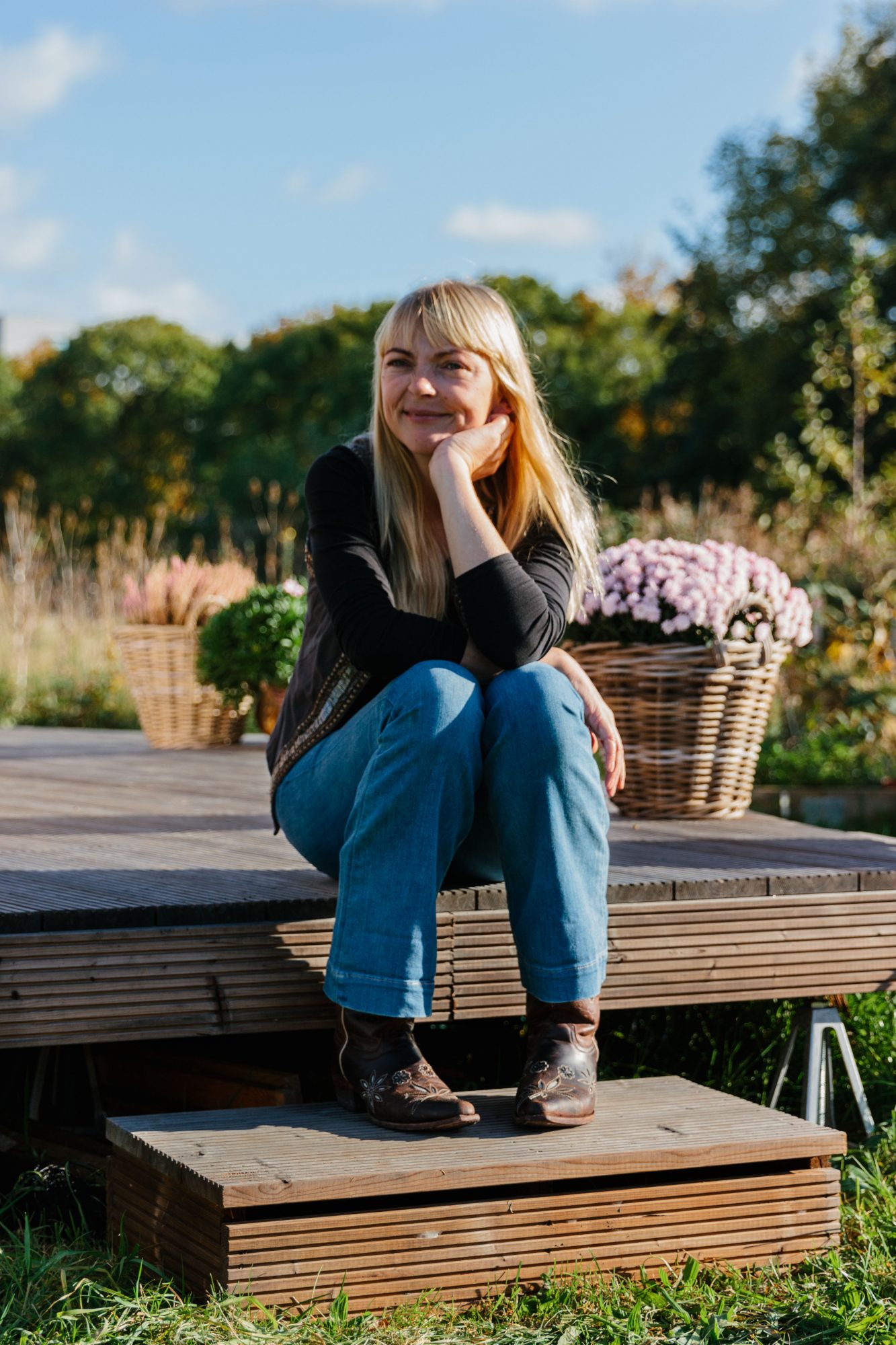 Do you love your house? Warm weather, warm people