It was so very quiet for a while, it seemed as if everything had come to a halt. And that made me rather jittery. I’ve lost momentum! My motivation will disappear next! What if people believe that it won’t happen! Insecurities…  (you know what I mean) ;)  But this weekend was totally different, because I experienced so much! I visited two Tiny Houses, met a great group of people, saw and discussed the first draft of sketches from Lena and Laurens for my house, and visited the IFAC at Ecodorp Bergen! 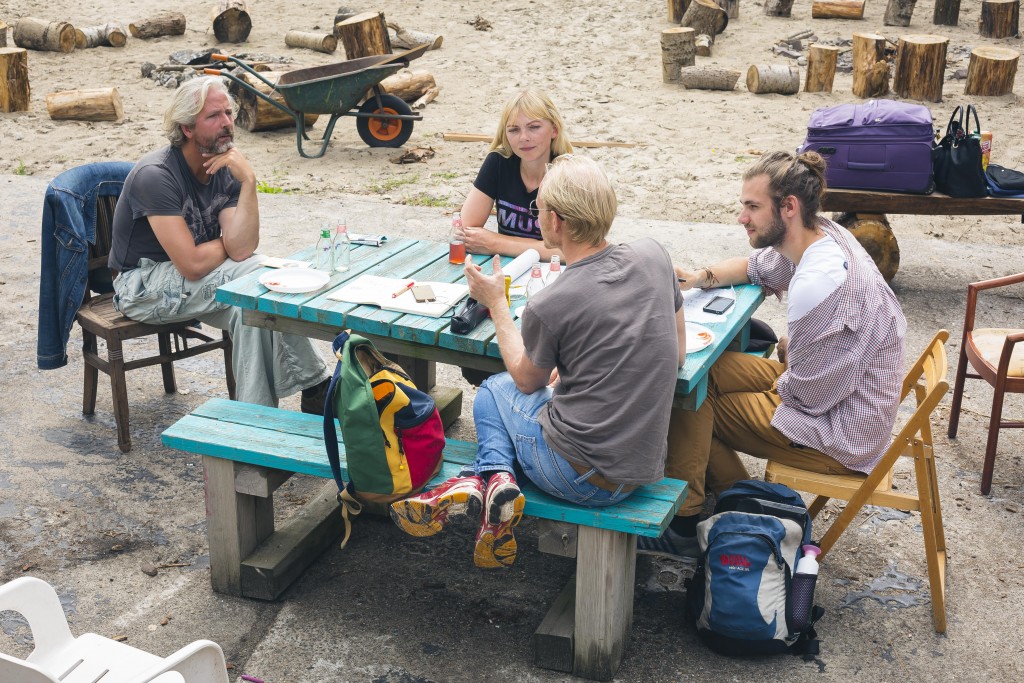 Yesterday I met up with Lena and Laurens van der Wal (www.tinyhuis.nl) , Dimka Wentzel (www.tiny-house.nl) and Niels Koning at the IFAC (International Festival of Art & Construction). This was held at Ecodorp Bergen, a beautiful place and a great event location to hold a Tiny House meeting. Lena and Laurens wrote a blog post about it, which you can find here (link). We viewed Leon Vergouw’s Tiny House there, which is being built by him for his son and ex-wife. Leon spoke in detail about the build, which materials he is using, the layout and how he has come up with his ideas and made decisions. All very educational! The house will be listed in the database of TinyHuis.nl, including the technical specifications. Leon would like to build Tiny Houses for others upon completion of this one. 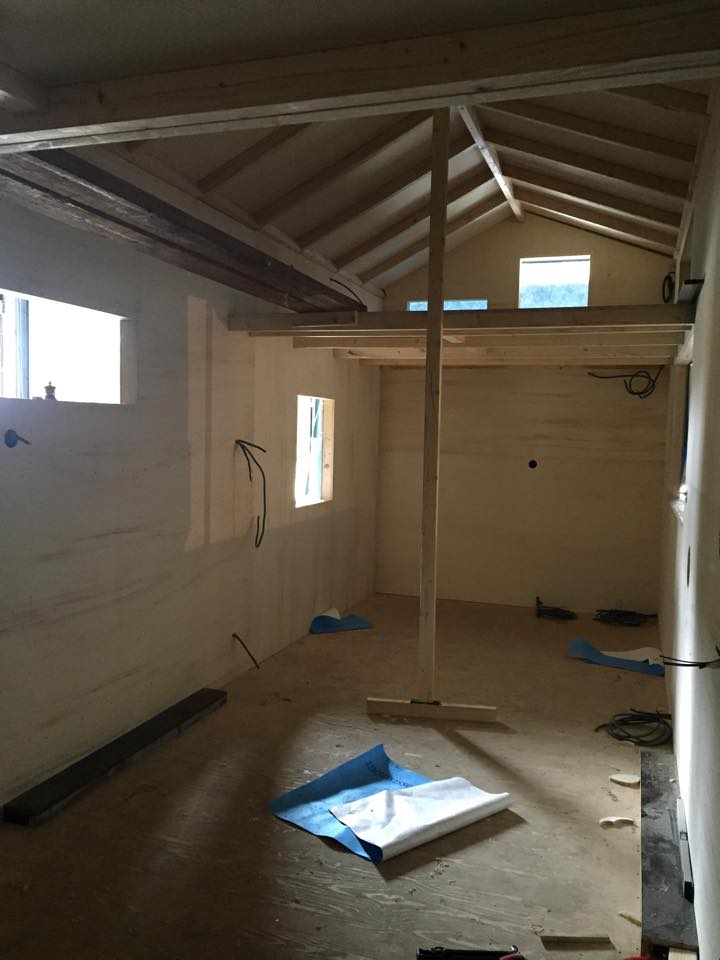 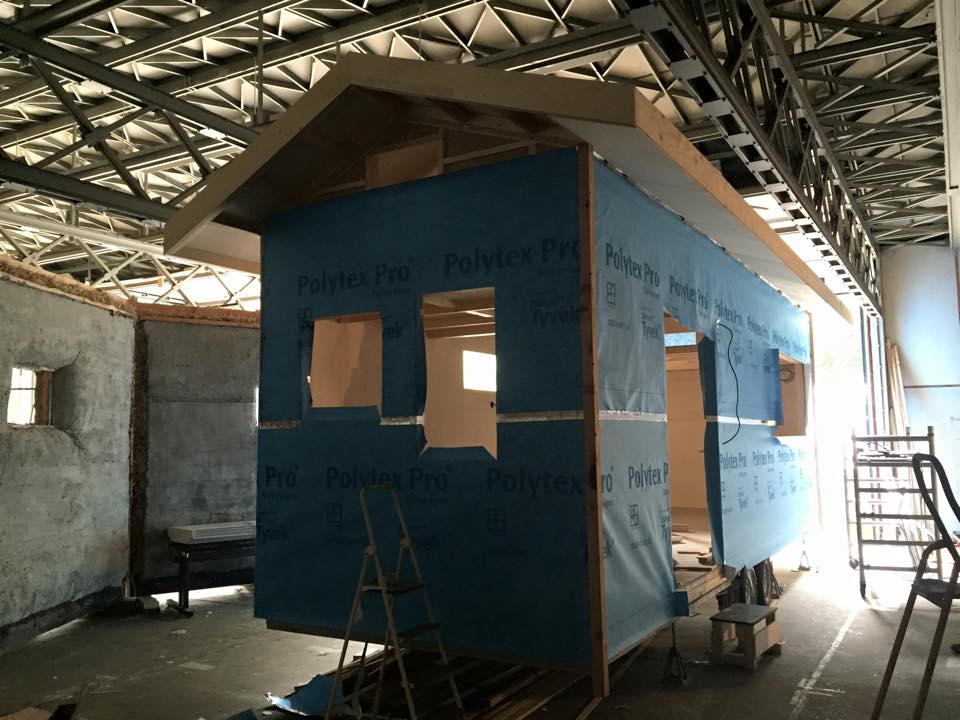 We enjoyed sitting outside at Ecodorp, discussing the Tiny House community in the Netherlands, the building process, organizing a Tiny House Netherlands ‘Jamboree’ and – very importantly – reviewing the first sketches and ideas for my Tiny House! That makes me so happy! The kitchen is a really important element for me, and it will have center stage. I can’t really show much yet as these are the first draft sketches but here are a few pictures with thanks to Lena: 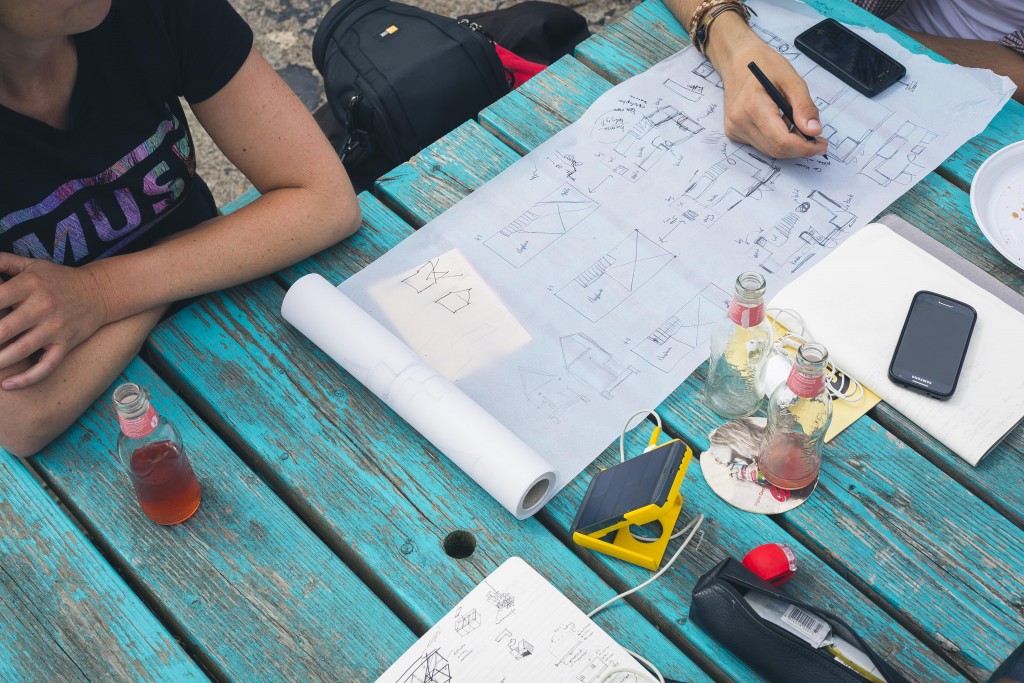 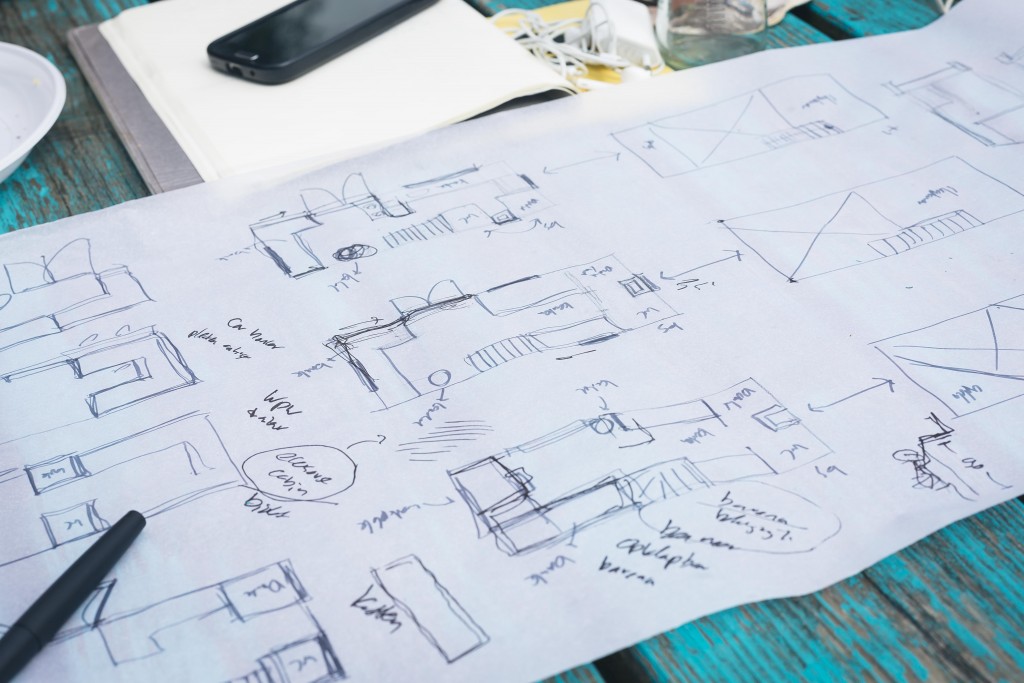 We have agreed to meet again in two weeks and we will continue to brainstorm. Recently, I received an email from Menno from Nu.nl who is very interested in the Tiny House movement in the Netherlands.  I have referred him to Lena and Laurens as well. Menno interviewed them by phone while we were together at Ecodorp, and that same evening the article was online! Now that’s fast! You can find the article here. Dimka is also getting a lot of attention with his first Tiny House; he mentioned that it will be featured in the NRC newspaper. It appears that the national media have discovered Tiny Houses!

After the visit to IFAC, we followed Dimka to the Camping Bakkum, where he and his girlfriend are staying. It is a small prototype but beautifully constructed and Dimka has plans to build a larger house in the future. That one will be for sale, should you be interested! Dimka’s dream is to build Tiny Houses for others. I am also considering him for the build of my own house. It’s funny to see a Tiny House in a camping site. There was no shortage of interest, as demonstrated by the fact that Anna had given 3 tours of the house that day. After being spoilt with tea and chocolate (Tony’s Chocolonely pure orange and rosemary – to die for!), I left to meet friends for a game of D&D and Niels went back to the IFAC. 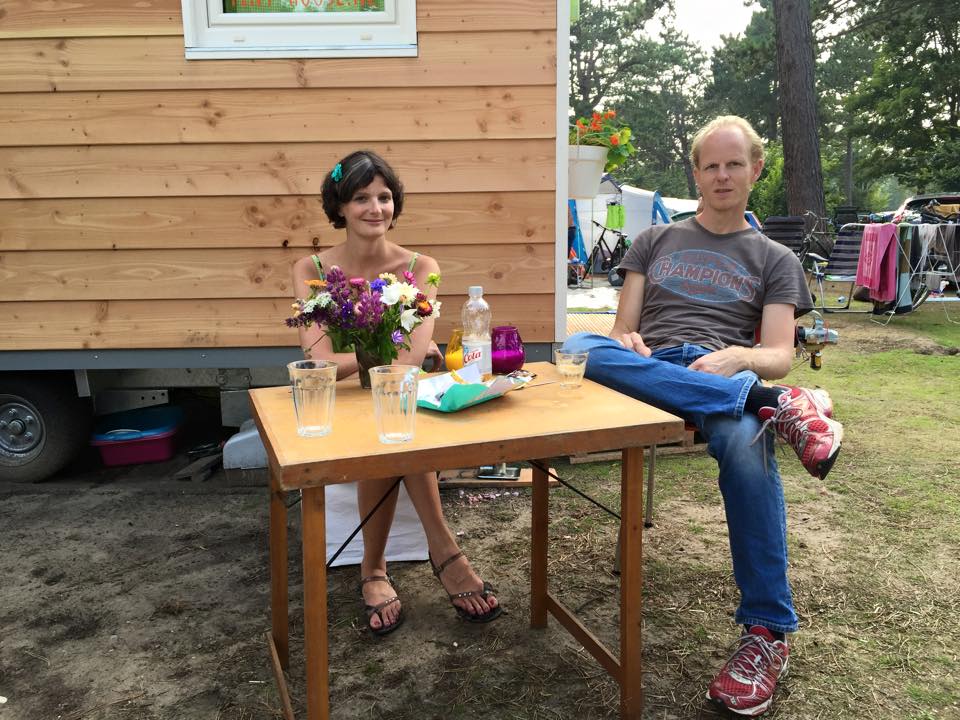 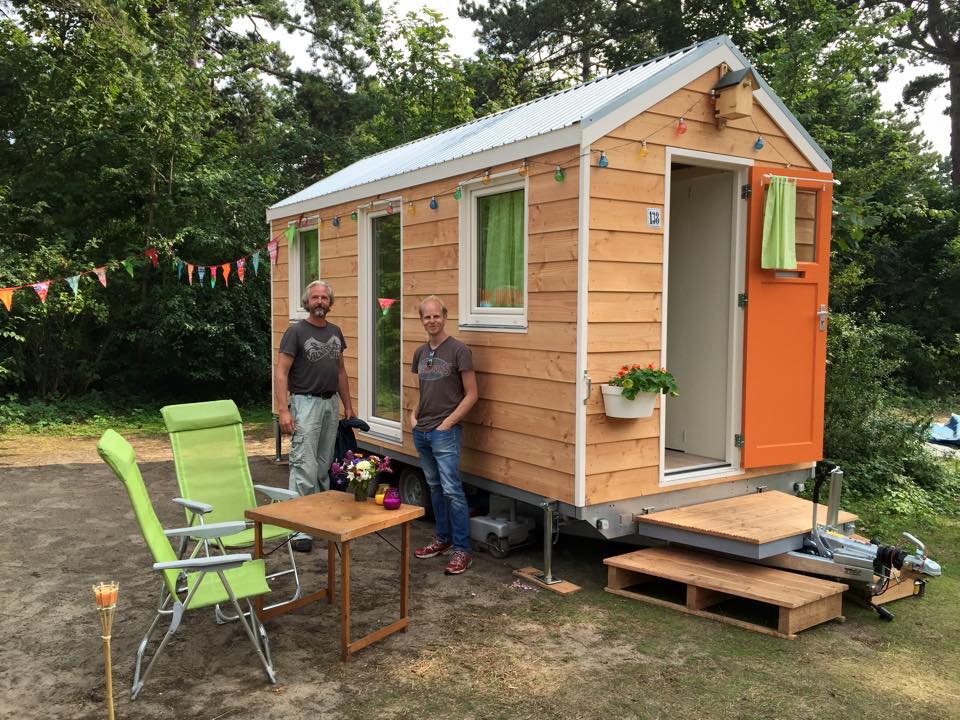 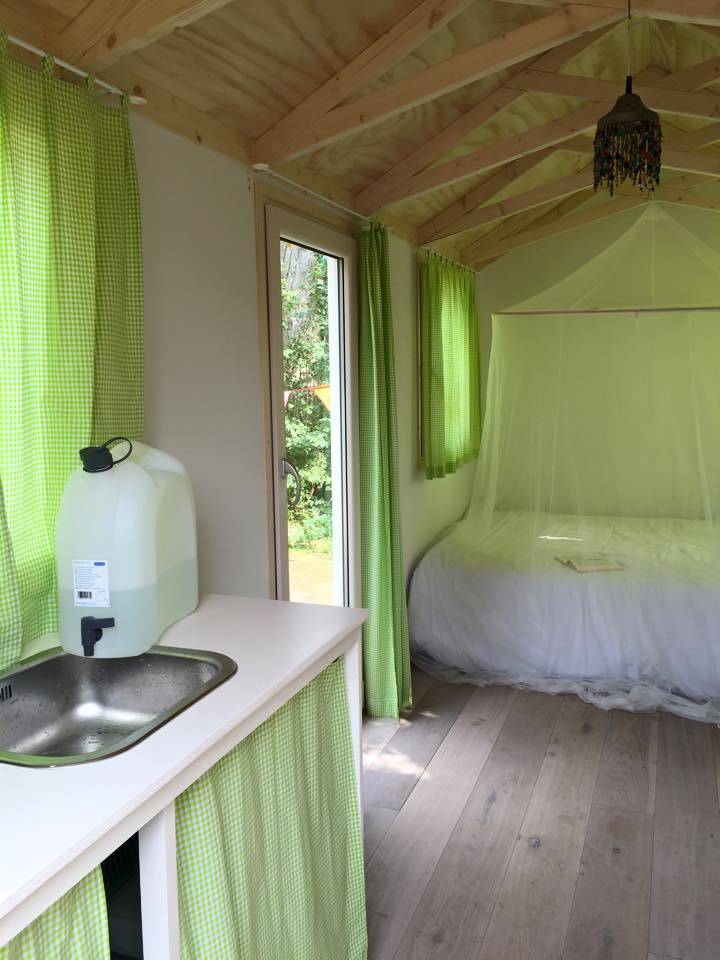 That was a really inspiring day yesterday, and it didn’t end there! Today, I met Bernie and Maria from Our Tiny Haus Adventure. Bernie sent me a note via my Facebook page Marjolein in het Klein and we met at a cozy café in Alkmaar. What lovely, enthusiastic people! We discovered that we shared very similar ideas in terms of design for our houses. Bernie and Maria are planning to build their house in Austria, where Bernie’s father lives. They are not sure where they will be living exactly, but that is the beauty of having a house on wheels! We will certainly keep in touch and follow one another’s developments.

Ok, it’s time to put my feet up and enjoy a good book on the sofa. Life isn’t so bad after all.

Have a great weekend everyone! J

Tiny House community: time for solid plans! Lots of interest in the Tiny House movement in the Netherlands!