You probably know that I’m a big proponent of Tiny House civic initiatives. And of citizens’ initiatives in general, by the way. It makes me very happy when people take their fate into their own hands. People who do not wait but bring about the change that they so much want to see — whatever it takes. Because that IS what it takes to move towards a better society where everyone is taken care of and where we live in balance with nature again. This requires us to pick up the gauntlet and do it ourselves. Here and now. 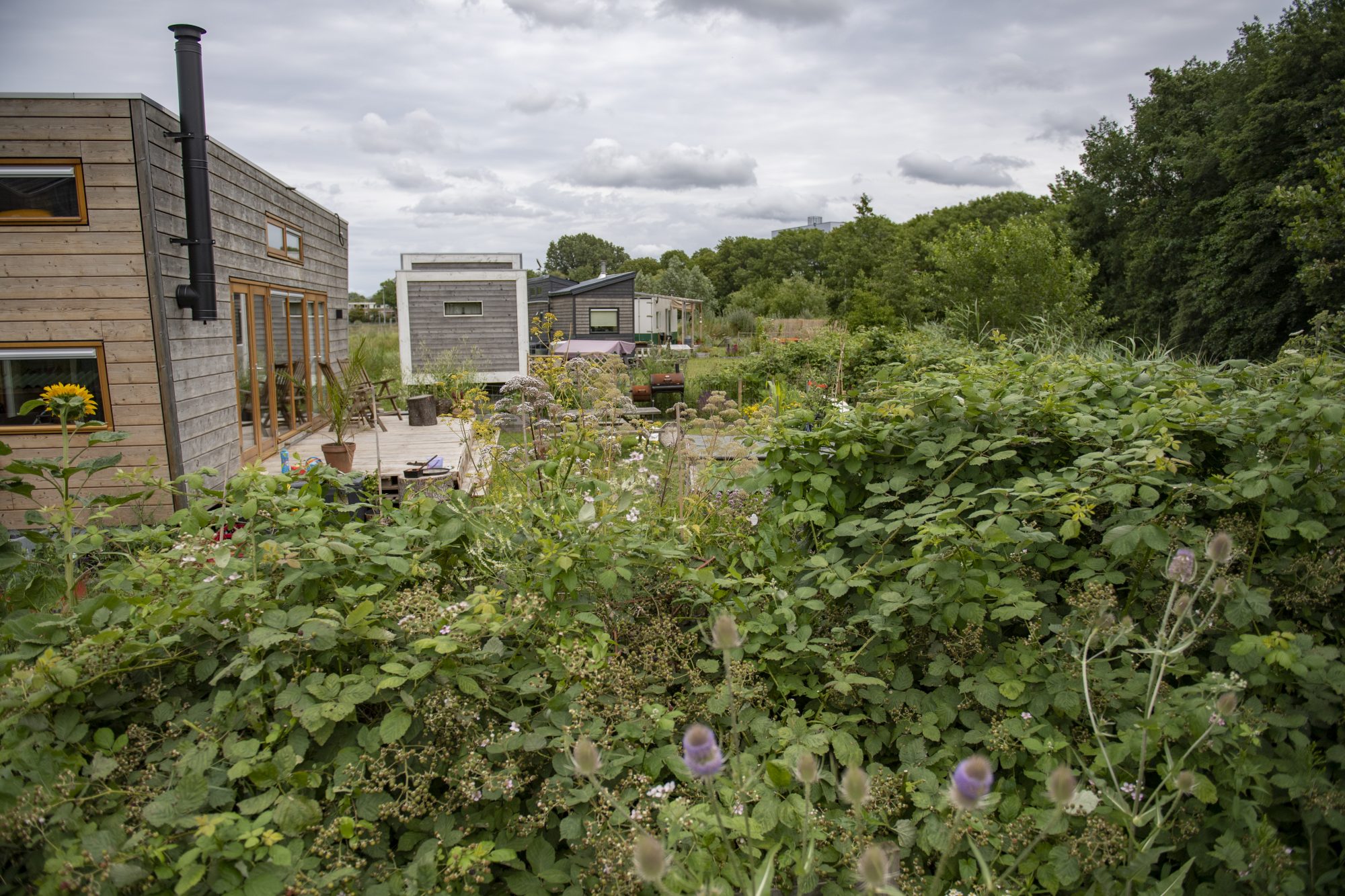 The value of a home

We’ve seen what happens when we leave something as important as housing to the market. Then the wrong interests are represented: profit maximization as priority numero uno. Citizens’ initiatives arise from needs that are not met. Needs that are felt so strongly that people are willing to invest a lot of time and effort to come up with and implement a solution for them. Because it should not be underestimated, organizing a citizens’ initiative. It takes a lot of time and energy in an already busy life. And often it feels like fighting a losing battle.

The Tiny House movement arose from a mismatch of housing supply and housing requirements. The market offers a one-sided supply that does not match the values ​​of the residents. When this happens people will stand up and citizens’ initiatives will arise. You see that the commercial companies usually try to pick up the demand, but they miss the point and get stuck in their groove: where, above all, money must be made.

There is no such incentive when people take the initiative themselves; then it is all about the needs and values ​​of the initiators. If you want to buy or build a house with the purpose of earning money with it, then you can find what you are looking for in the regular housing market. But if you want a house because you not only want to live comfortably but also want to contribute to the restoration of nature, or rather have more garden than house, or want to live in a neighborhood where you can organize activities with your neighbors and can share possessions with each other, then (unless you have a lot of money) you will be disappointed about what you can get on the housing market. 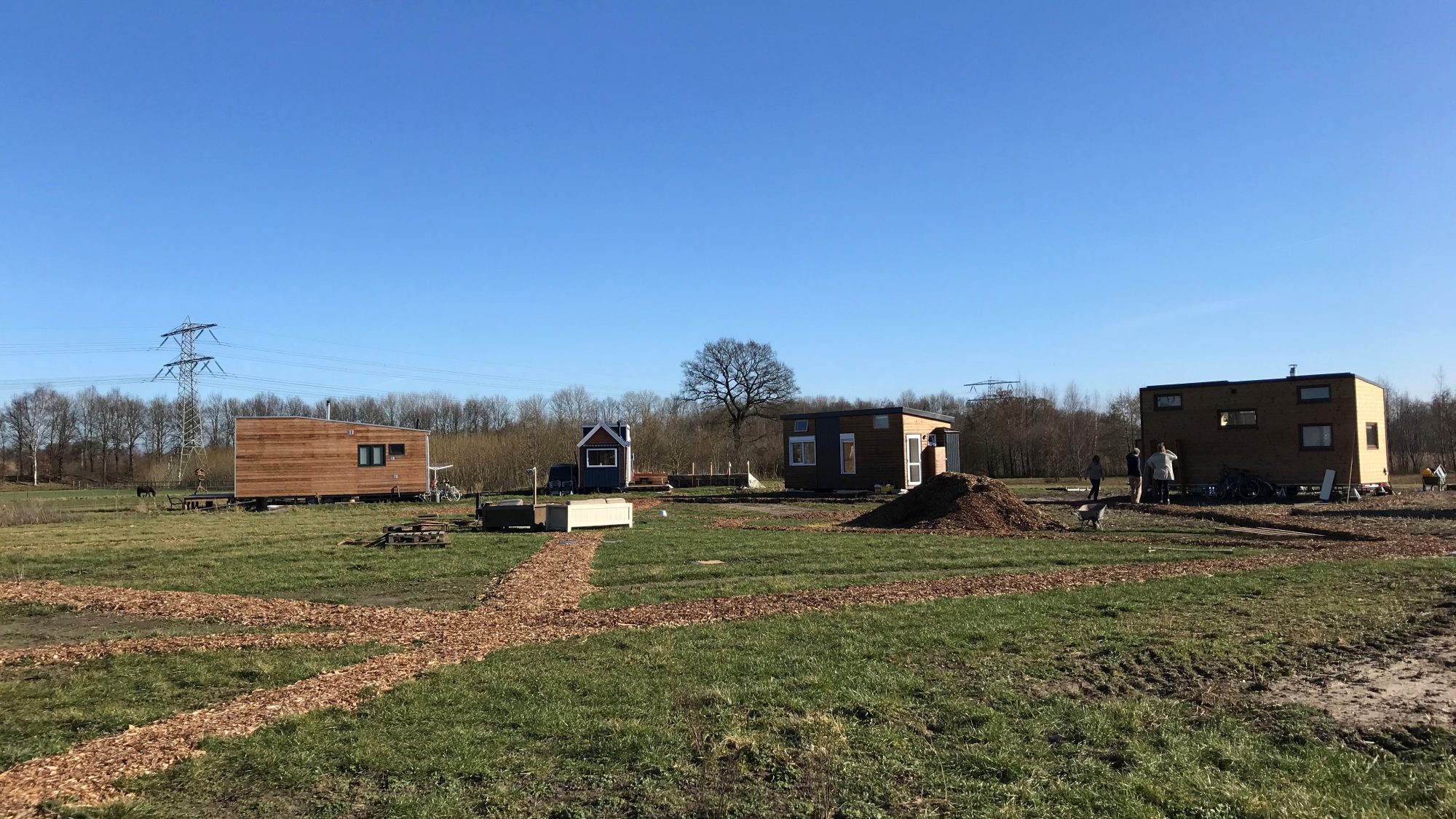 If it weren’t for citizens who started promoting Tiny Houses and started asking for locations where they can live in this type of house, there wouldn’t have been a Tiny House movement in the Netherlands. The commercial housing market, of course, is doing its best to hijack the concept. This is often under the guise of ‘meeting the demand’ and by using a certain amount of greenwashing. But if we didn’t work so hard within the Tiny House movement to draw attention to the core of the Tiny House philosophy and keep asking for space for citizens’ initiatives, the result would be that your only option is to live in an overpriced, commercially built Tiny House ‘vinex neighborhood’.  And don’t forget Tiny Houses as trendy eco holiday homes: way too expensive serial micro-houses and not the beautiful, diverse, resilient communities with Tiny Houses that are there now and of which many more will be added.

Commercial parties often look down on citizens’ initiatives. With unfounded concerns about quality, they try to convince municipalities that building houses is really better left to the pros. They prefer to have maximum control and like to think they know what is best for the end user. That is of course always to their advantage. But times change and it often doesn’t work that way. People are becoming increasingly empowered and better informed and at the very least want freedom of choice and to actively participate.

I think the market should not be so afraid of those citizens’ initiatives. Because if people are allowed to organize their own homes and neighborhoods, they have the freedom to choose the home they want; the home that really suits them. This can be a turnkey, standardized, factory-built house. But it can also be a custom-designed and built house or a self-built house. People should have that freedom, subject to ecological limits and rules that guarantee safety and health.

I don’t want to lump all construction companies and developers together. There are wonderful companies that understand the values ​​of the Tiny House movement and are eager to contribute to it. The same applies to housing associations. It is mainly the old guard that does not want to go along with the new economy. 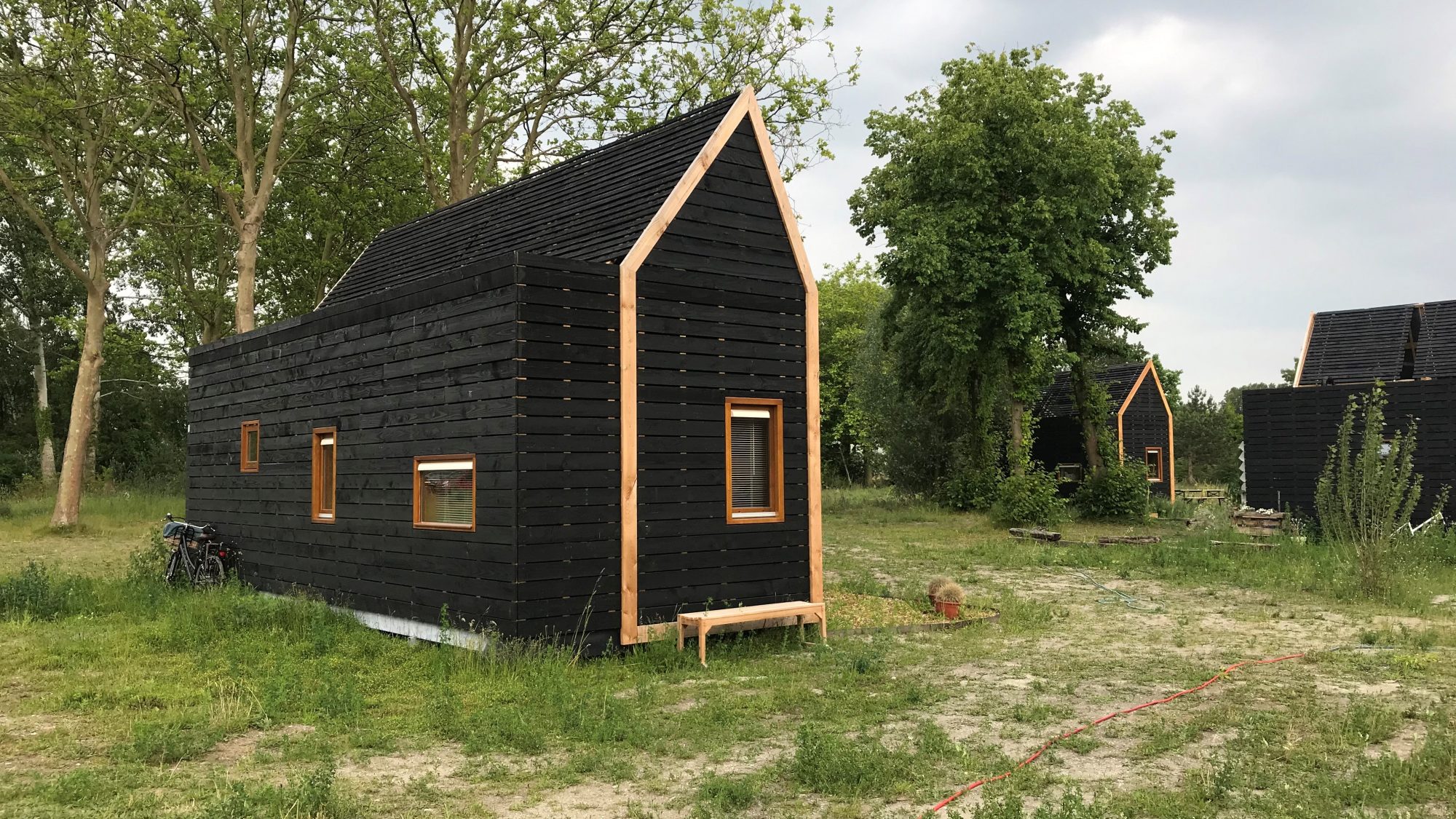 I’m a bit averse to terms like scaling up and rolling out, how about you? They are terms that come from the old system, which revolves around efficiency and making money. Select the most effective model as quickly as possible. Then copy + paste, paste, paste so we can tick that box and the problem is solved. Effectiveness is usually measured by low cost (including time) and high yield. Standardization is key. But this is very unnatural. People are not all the same. We are all unique — with different wishes, sizes, habits, needs and dreams for the future. And with different housing requirements.

Take a look at nature. We are increasingly finding out that we don’t know better than nature. Monocultures and increases in scale in the agricultural sector appear to be untenable on all sides. The soil is deteriorating, insect populations are declining at an alarming rate, the energy costs are huge, and the quality of the goods is only deteriorating. On the other hand, the more diversity there is, the healthier and more resilient nature is. If there are many different types of food and shelter available, nature is more resistant to pests, and attractive to many more species. Why should it be different for humans? We must learn from nature and not think we know better. We celebrate diversity by giving more space to citizens’ initiatives. 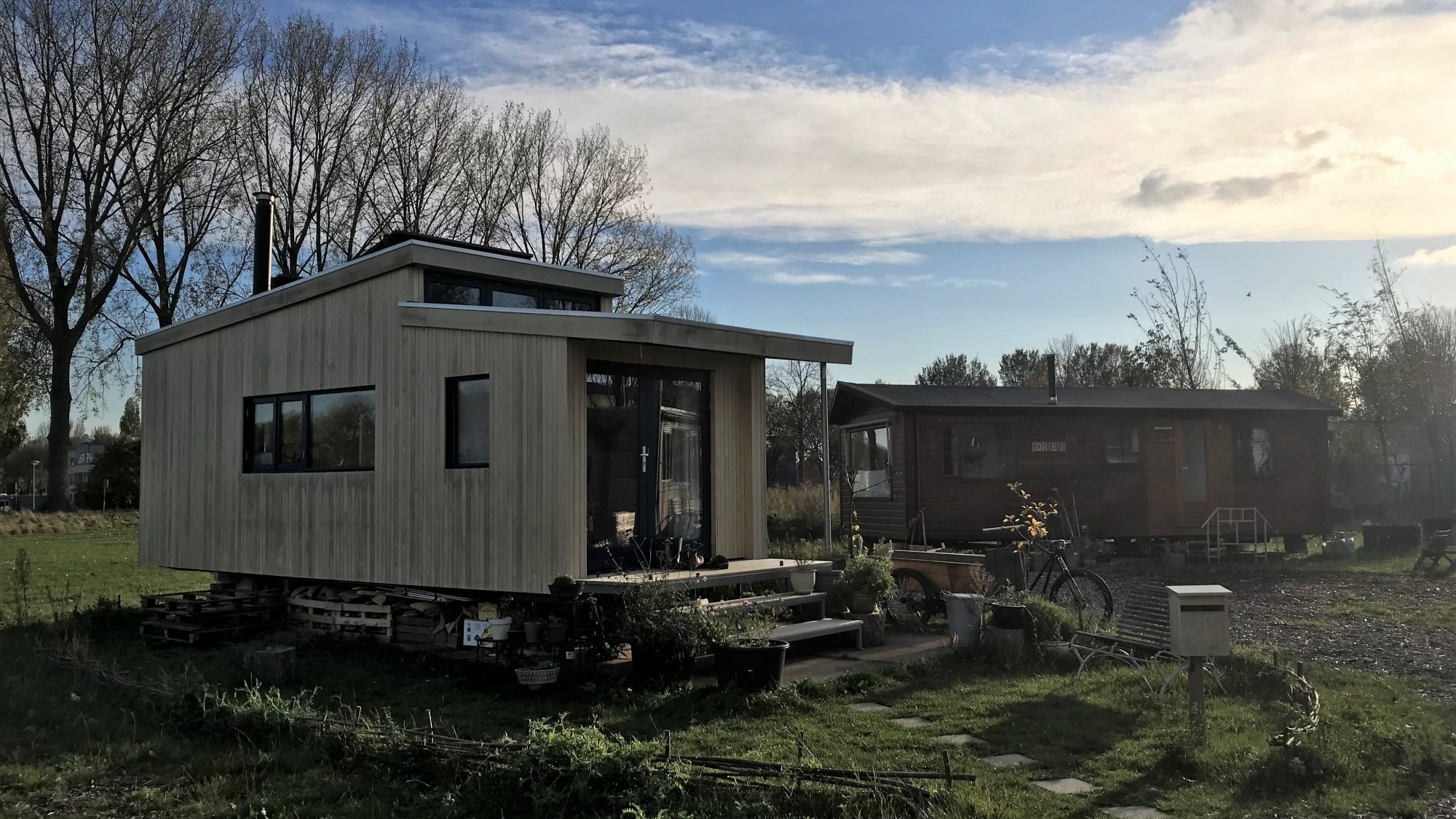 One problem is that the people who make policies and important decisions that affect our daily lives and thereby our enjoyment of life are often miles away from our lives. It is therefore impossible for them to know what consequences those decisions will have for us. The people high up in the tree who have decided that it is best for us all to live in the city, and preferably in an apartment, probably do not themselves live in such an apartment in a concrete environment with noise on all sides and hardly any greenery… Just to name one example. 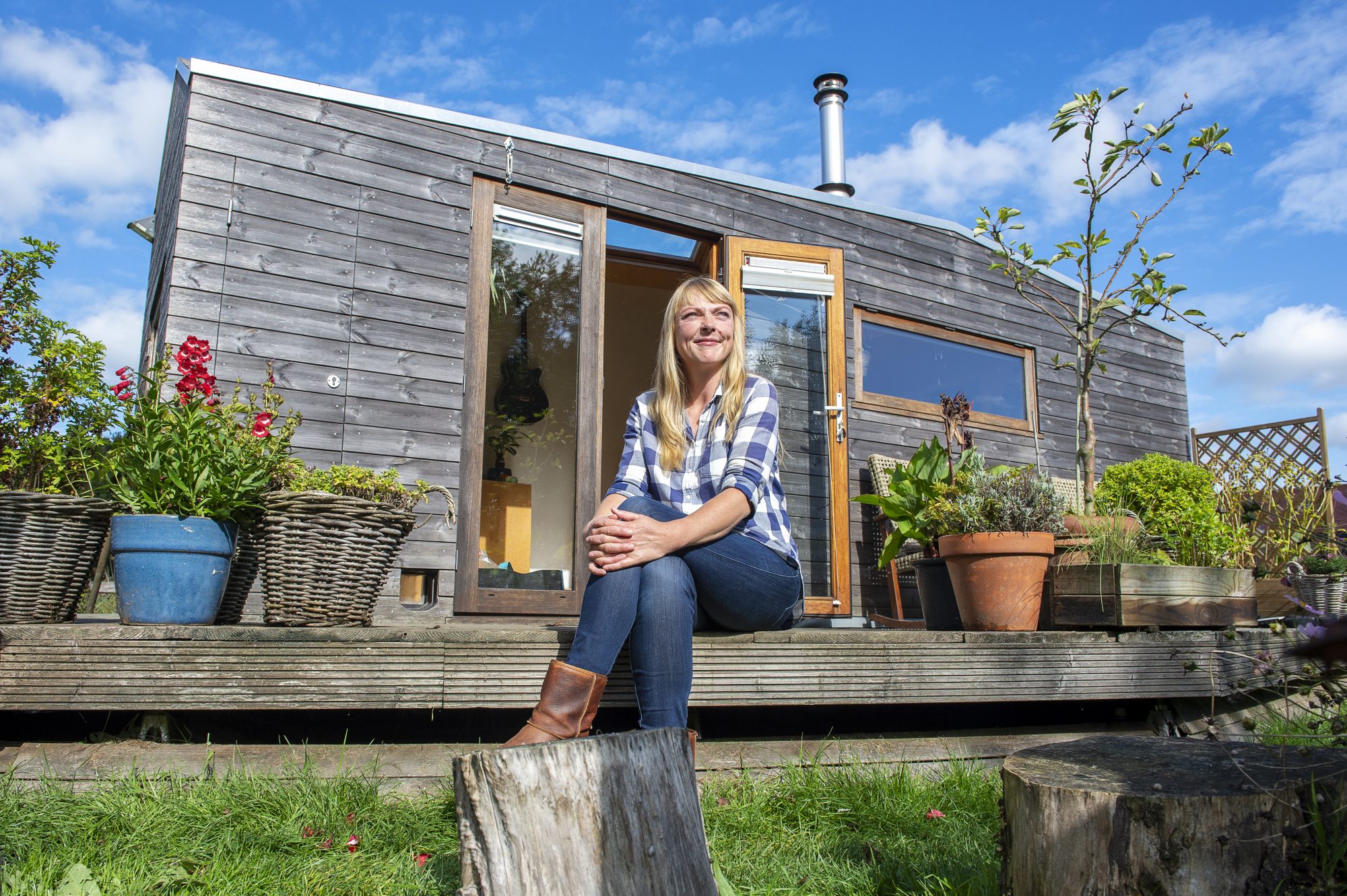 Step by step.. Maintenance of a Tiny House