At this point, more and more municipalities in the Netherlands have put Tiny Houses on their agenda. With the municipal elections coming up, electoral programs are being announced and Tiny Houses have a place in many of them. I can only be happy about that! Unfortunately, some organizations still have a tendency to think inside the box instead of out. This is made obvious in the messages about Tiny House initiatives and their target groups: youngsters, students and starters. This is a missed opportunity. Tiny Housing is a way of living for a very broad group of interests and I would like to plead for mixed resident groups. 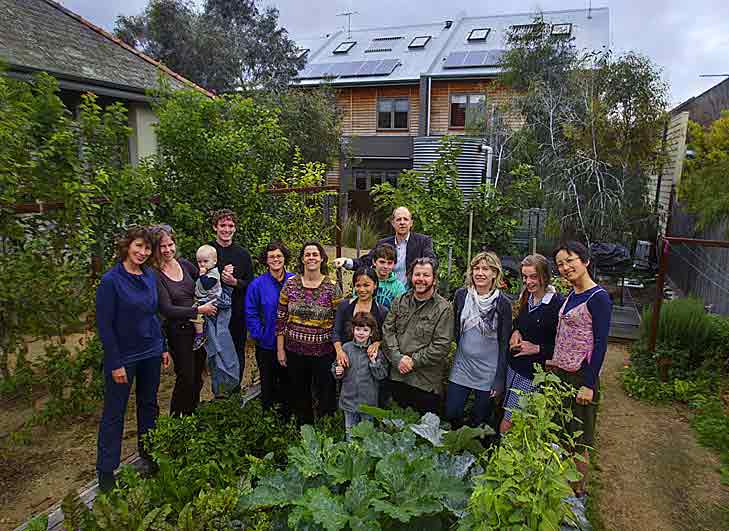 Co-housing not just for hippies anymore

It makes sense to assume that small, affordable and sustainable housing appeals mostly to young people. Youngsters are cornered these days when it comes to getting their own place to live and increasingly have to live at home with their parents for longer periods because affordable housing is not available. There are long waiting periods for houses in the social renting category, and housing prices have gone up twice as much as salaries since 1970. You need more and more starting capital but how do you do that when you have a college debt? Tiny Housing is a more than welcome alternative for people in their 20’s and 30’s. But, as research from the Tiny House Nederland foundation has shown, there is an equally large group of people over 40, 50 or 60 who are also interested in simple, free and sustainable living in a Tiny House. Even people over 70 for that matter. So please let’s not exclude these groups. 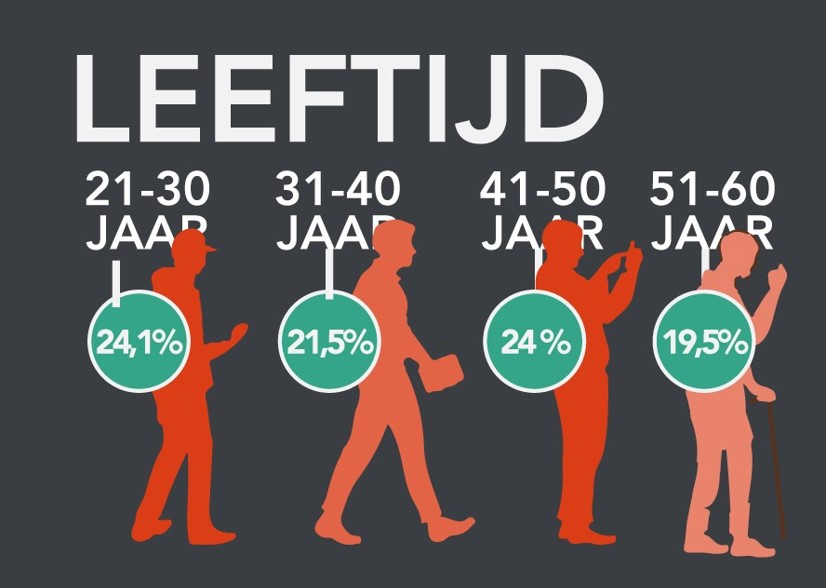 On the one hand, there are young people who are less interested in possessions and prefer freedom, on the other hand there are older people who are contemplating how to live the rest of their lives. They don’t want to care for their house and possessions as much, and also prefer a little more freedom. It has a lot to do with finances but also with simple living, minimalism, the desire to decrease their ecological footprint and to spend more time in nature. I think it would be much better to have young and old(er) people living together like in a small village. That way, we can support and learn from each other.

Tiny House villages are a beautiful way of small-scale communities in a sharing economy. There’s a big rise in single households and according to the Dutch bureau for statistics, this trend will last until at least 2045. There aren’t enough affordable small houses for small households. At the same time, there’s an increase in the number of people who say they feel lonely. Not surprisingly, more and more people are showing an interest in different ways of living together. Personally, I wouldn’t want to live in a commune with a shared kitchen and living room. But living in a small community, where you can reach out to your neighbours, share things you rarely use, where you can support and help each other, keep an eye on each other but still have your own little house? That’s a dream come true for me. Take one of those pocket neighborhoods for instance. 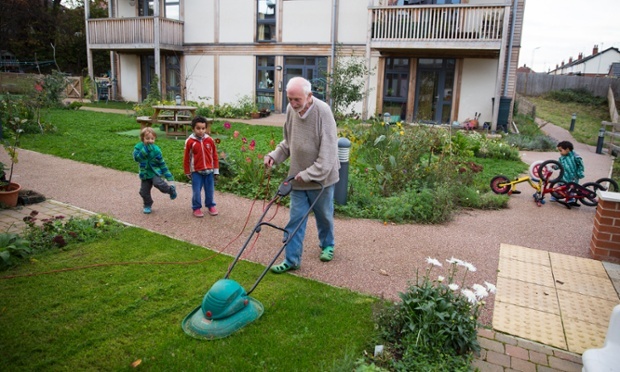 There are more and more Tiny Villages and other forms of communal living being created. Erasmusveld in Den Haag, KleinHuizen in Rijnhuizen – Nieuwegein, Woldwijk in Ten Boer, Tiny Village Bolderburen in Oosterwold, to name a few. If you want more information on communal living or ‘co-housing’ – where you have your own home but share communal facilities and spaces, take a look at the website Omslag.. 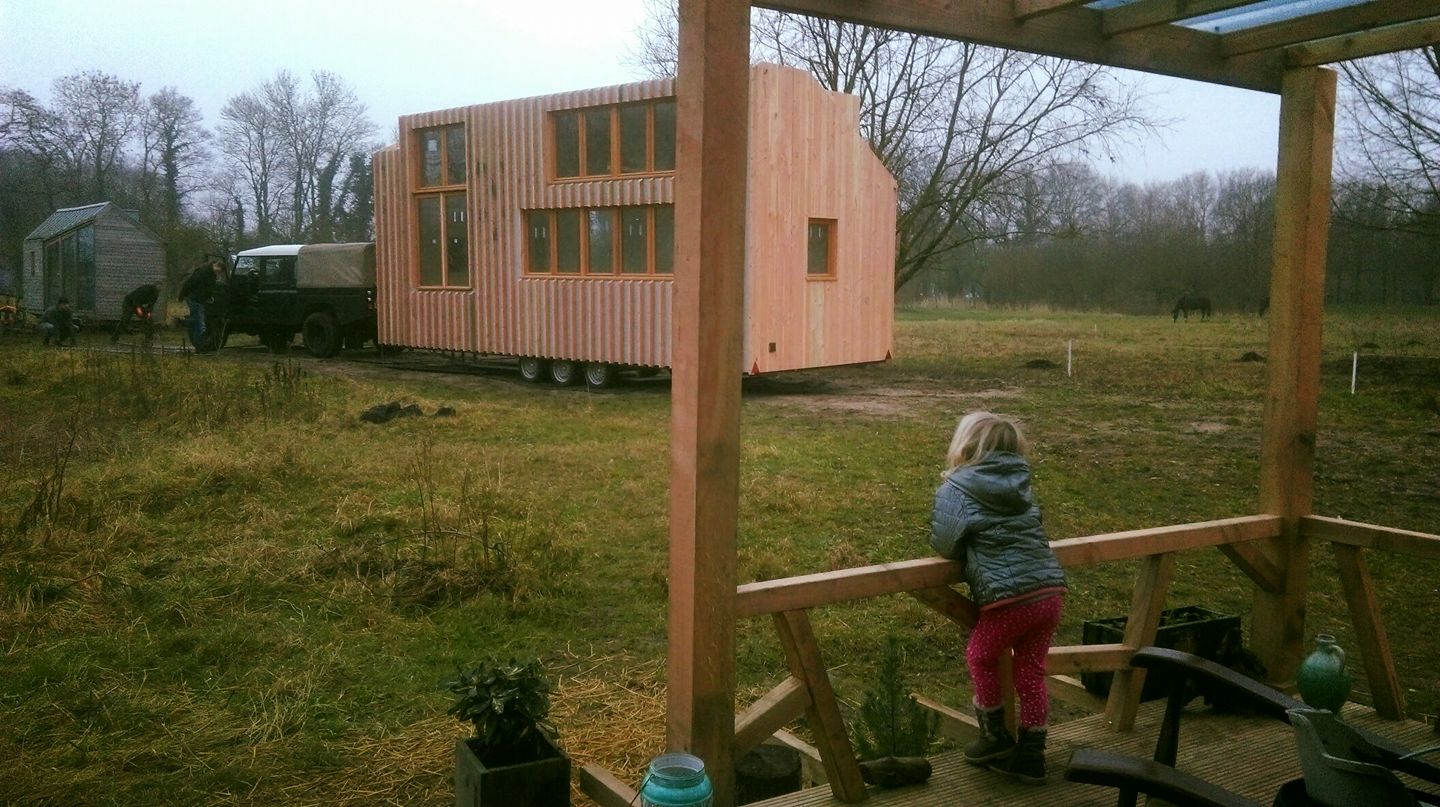 Dear political parties of the Netherlands, thank you so much for making Tiny Houses an item on your electoral programs. Tiny House projects can only see the light of day when municipalities acknowledge the importance and value of this innovative and ecological way of living. A value that can hardly be expressed in money, but will become more and more important in the near future. Try not to exclude groups, but see your population as one. Like a family where everyone has their part and complements each other. Living small-scale with a good balance between privacy and connection with your neighbors.  That will work much better with a diverse group of residents.

I would like to end with this beautiful video from the BBC that I saw yesterday, it’s bound to put a smile on your face. It’s really not that hard right? We can do so much to help one another out.

Meet the housemates with a 68 year age gap.

A minister for loneliness, a project first started by the late MP Jo Cox, has been appointed. The minister could back more schemes like this… Meet the housemates with a 68 year age gap. Florence, 95, was lonely. Alexandra, 27, who needed an affordable home.More: http://bbc.in/2mHMO4r

I have a dream Something to crow about